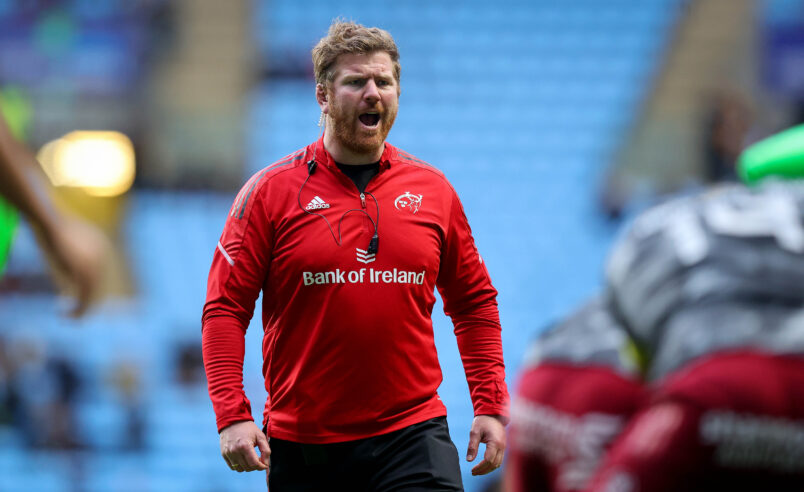 Andi Kyriacou prior to Munster's Champions Cup clash against Wasps in Coventry. Inpho

We spoke to Andi Kyriacou this week for his first interview since becoming Munster Rugby Forwards Coach this summer.

Over the last decade he has held numerous coaching roles in the areas of the scrum, defence, skills, and forwards working with Cardiff Rugby, Sale Sharks, Russia Rugby and Nottingham.