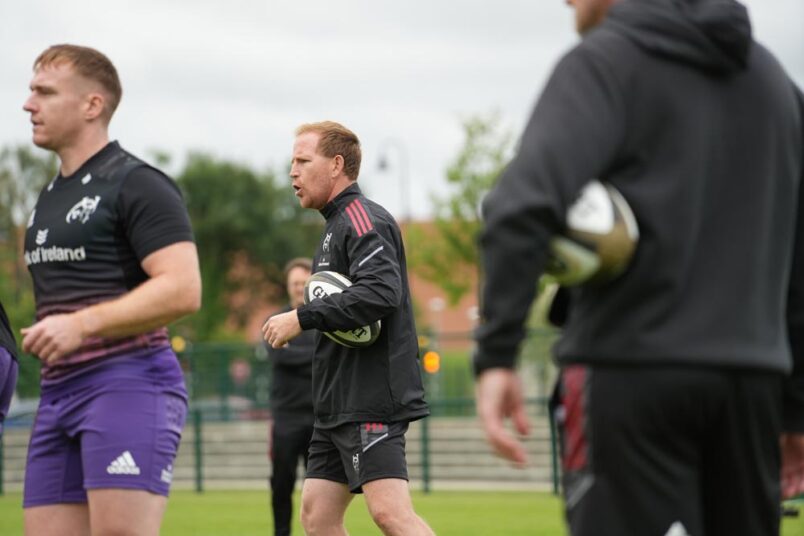 See profiles for the three new members of the coaching team below. Scroll down to watch Graham Rowntree’s first interview as Munster Head Coach.

Mike Prendergast has joined Munster from Top 14 side Racing 92, where he held the role of  Attack and Backs Coach since 2019.

Over the last decade he has held numerous coaching roles in the areas of the scrum, defence, skills, and forwards working with Cardiff Rugby, Sale Sharks, Russia Rugby and Nottingham.

Andi Kyriacou prior to Munster’s Champions Cup clash against Wasps in Coventry.

Denis Leamy returned to Munster after a three-year spell at Leinster, where he first held a role as an Elite Player Development Officer before moving up to the role of Contact Skills Coach in October 2021.

On the provincial front the Tipperary native also worked at various stages with Munster’s age-grade players and the ‘A’ team before making the move to Leinster.

He joined the Ireland U20s team as Assistant Coach for the 2021 Six Nations campaign.