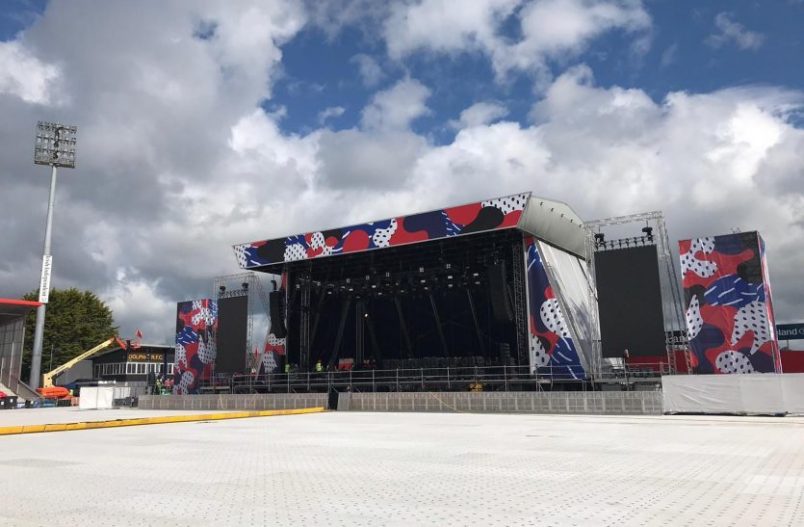 Over 75.000 people attended the concerts at Musgrave Park. Munster Rugby

MCD Productions held six major concerts at Musgrave Park in Cork over the month of June with the events proving a huge success.

Star musicians Dermot Kennedy, Lewis Capaldi David Gray, The Script, Gerry Cinnamon and Picture This were among the acts that performed in Cork.

The capacity for Musgrave Park was set at 15,000 with five out of the six concerts selling out as more than 75,000 people attended over the six nights.

Between the concerts and the IMART (International Mixed Ability Rugby Tournament) World Cup, there were 100,000 people through the gates at Musgrave Park in June.

As Musgrave Park is located in a residential area, the support of the local residents was imperative for the events to run smoothly and their co-operation throughout was much appreciated.

The modified 3G pitch was covered for the six concerts with the stage installed at the Pearse Road end of the stadium.

Following the concerts, the stage and pitch covers were removed and it is business as usual at the stadium ahead of the upcoming season.

The Chemical Brothers were due to perform but had to reschedule their show due to illness. The show will be rescheduled to 2023.

Ireland Team For 1st Test Against All Blacks