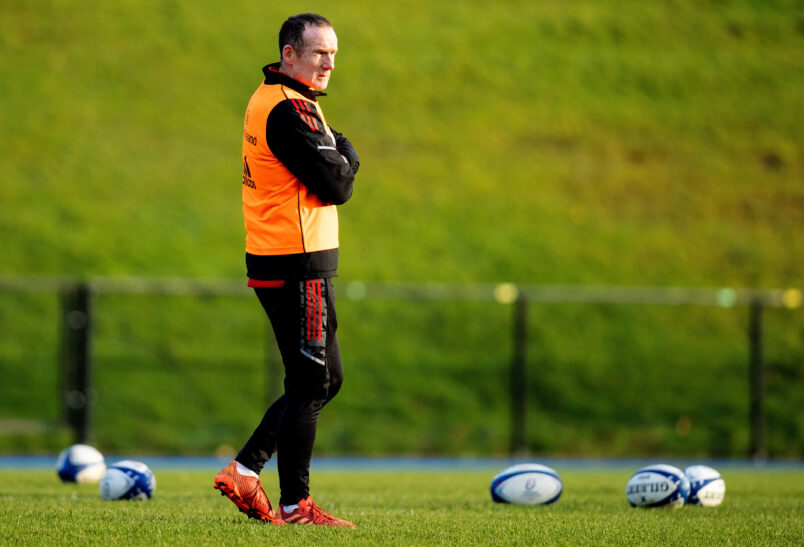 We spoke to Greencore Munster Rugby Academy Manager Ian Costello this week for the latest news from the Academy.

Along with the involvement of Academy players for Munster in the Champions Cup and URC, and AIL action with their clubs, there have been 23 young players from the province’s clubs and schools playing international rugby with Ireland underage sides in recent weeks.

In fixture news, Munster A will face Ulster A this Friday, May 6, on the UL 4G pitch with a 3pm kick-off.

On the injury front, Edwin Edogbo (Achilles) is continuing to progress with his rehab and Jonathan Wren is currently out of action due to a hamstring injury.

There is good news for Paddy Kelly (below) as he has returned to training following a hamstring injury. 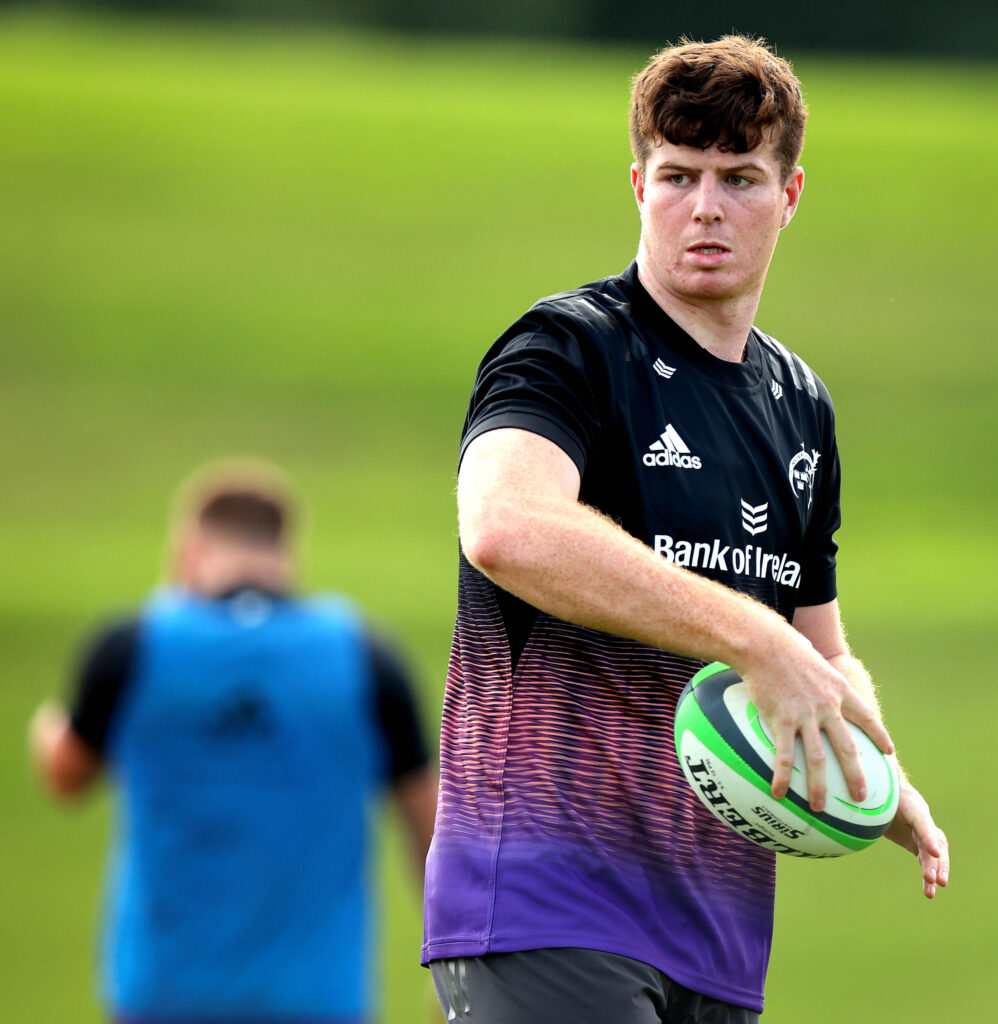 Paddy Kelly has returned to Munster training this week.

Training programmes for Munster underage sides ahead of summer Interpros…

“We are looking at building on a very successful programme that we ran last year and we want to enhance what we’re doing this summer.

“We’re going to go back to a residential model in UL and we’re going to put players into a three-week camp over the summer.

“That will give them a real taste of a professional environment and it allows us to bring all our resources together right across the pathway to run a really good programme for them.

“In advance of that, we’ve added a new programme – a pre-season programme for all of our Interpro squads this year. We’ve got two U17 squads, two U18 squads and an U19 squad training three times a a week over the next six weeks in four centres across Munster.

“All the coaches up and down the pathway are combining to run that programme and it’s the same from an S&C point of view. So they’ll do gym work, they’ll do pitch-based conditioning and they’ll do skills.

“That will supplement the work we’re going to do in the summer and give them a really good foundation so when we come in in the summer they can really hit the ground running.

“It’s not something we’ve done in the last seven or eight years where we have collectively brought all of those groups together so that’s something we’re really excited about.

“We co-ordinate an awful lot of what we do with the rugby development department. The idea then is to have different coaches from both departments working together to co-ordinate those sessions.

“That gives us really good alignment leading into the summer and just puts us in the best position to work as a coaching group.

“It’s a bit of a monster logistically with the pre-season programme and the residential camp as well and that’s where Keith Murphy (Coach and Development Manager) and Colm McMahon (Head of Rugby Development) have been outstanding in terms of us all getting together and sharing that workload.” 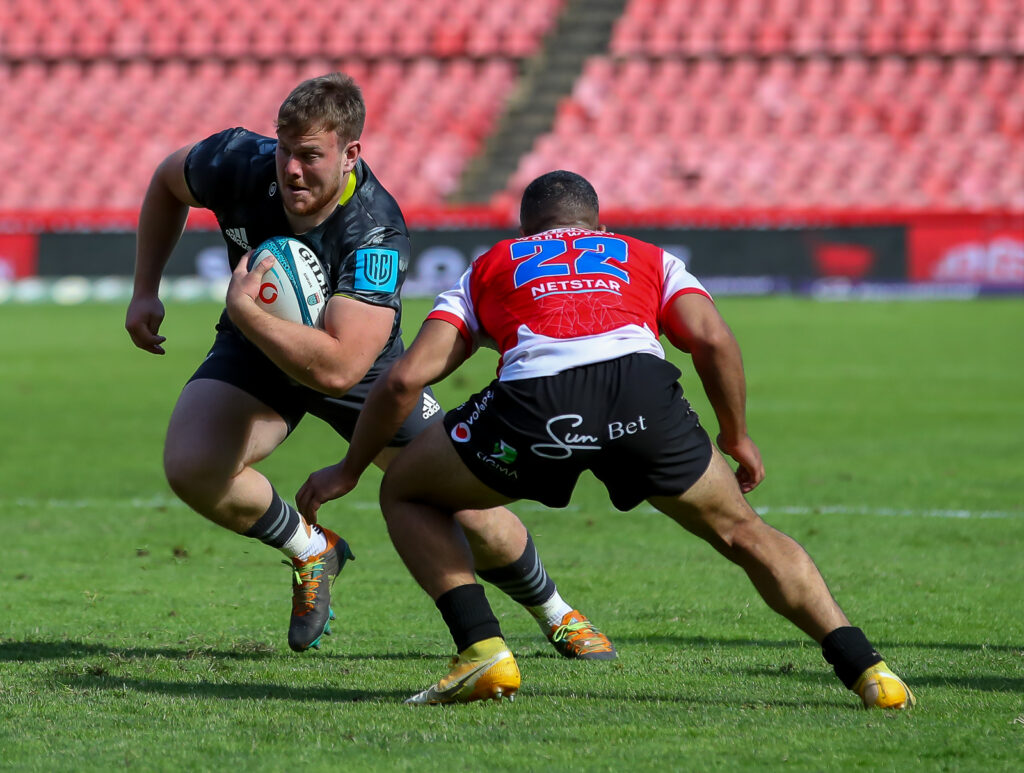 Scott Buckley in action for Munster in South Africa against the Emirates Lions.

“From our point of view, you don’t come through as quickly as Alex has unless you’ve had a lot of people that have influenced you and helped along the way.

“Pres obviously deserve a huge amount of credit as do Cork Constitution and UCC.

“Kudos to the great work done on the NTS programme and Danielle Cunningham would have been very instrumental in getting him to a position physically where he can cope at this level. That’s the key thing, is he robust enough, strong enough and powerful enough.

“On top of the great work his club and school have done, it’s testament to how our systems work in terms of identifying a player and then resourcing them to help get Alex into the position that allows him to do what he is doing at the moment.

“Alex is grabbing the headlines but for us to have five players playing important URC games is huge for the Academy.

“Scott Buckley has quietly gone about his business with Mark Donnelly, Eoin O’Connor and Paddy Patterson also playing on the tour to South Africa.

“I think the biggest strength of our programme in Munster is the alignment between Academy and senior team, it is absolutely seamless. Whether it’s players, whether it’s staff, it’s all one squad. That’s how Johann has set it up and I think it’s probably one of the things we do best so that when guys get these opportunities, the coaches and senior players know them very well.” 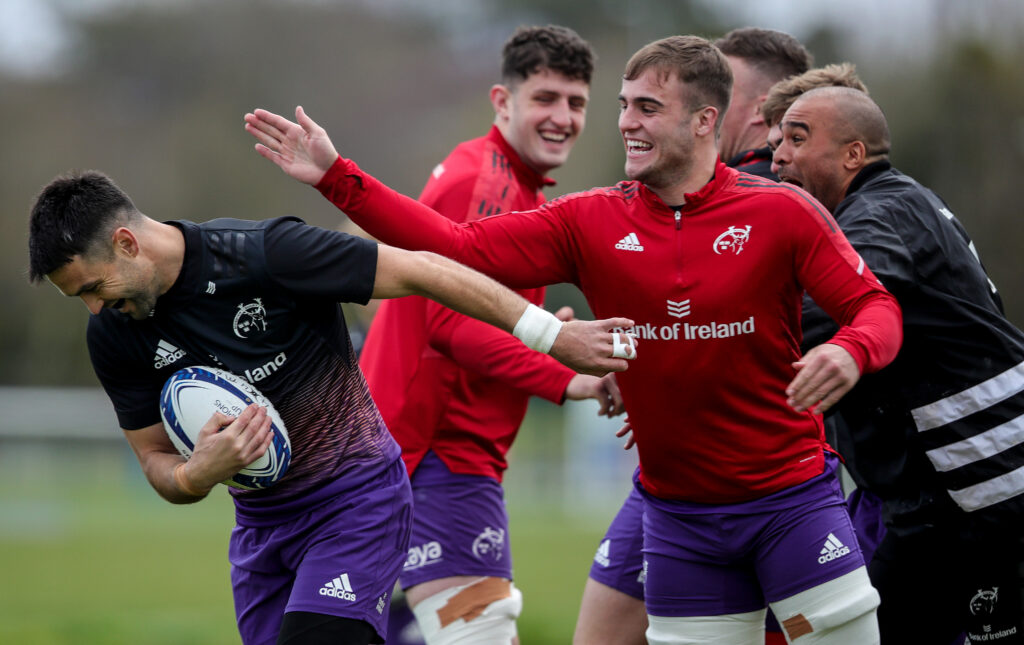 Paddy Kelly back to full fitness…

“Paddy Kelly is back in training with the senior squad this week. He’s worked really hard with all the staff and Danielle Cunningham and Sinead McGann, in particular, deserve great credit for the work they’ve done with him to get him back.

“Hopefully he follows the same route as Eoin O’Connor who came back from a number of injuries and has played 15-16 games this season and is flying.”