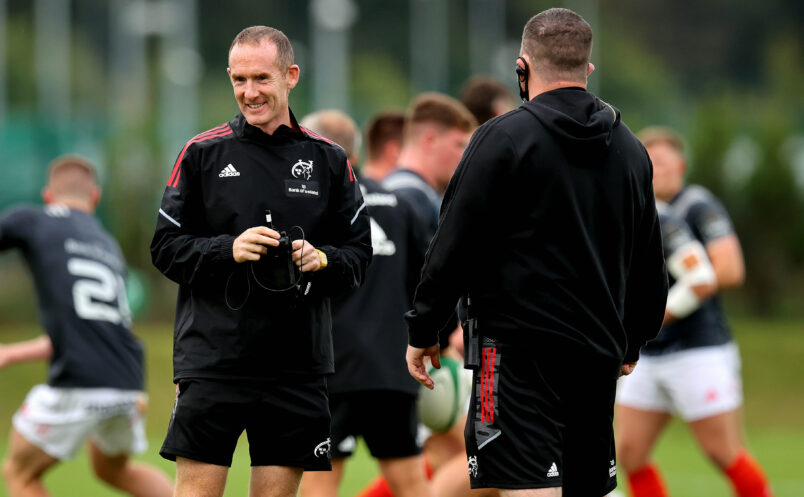 It has been an extremely busy period with Academy players featuring in the United Rugby Championship, on international duty for the Ireland U20s and in AIL action with their clubs.

Kendellen and Patterson have featured in the URC with Cian Hurley also selected in a matchday squad.

Academy trio Patrick Campbell, Tony Butler and Ethan Coughlan have all lined out for the Ireland U20s along with fellow Munster players Darragh McSweeney, Conor Moloney and Ronán O’Sullivan.

Buckley, Butler, Hurley, Mark Donnelly, Kendellen, O’Connor, Patterson and Conor Phillips have all featured for their clubs this month.

Phillips is back training with the Academy having spent a number of months with the Ireland Sevens squad.

Here is the latest from Ian Costello on the young players.

“The aim over time is to always get as many people as possible into that U20s squad and starting team as possible.

“Patrick Campbell has been excellent, really consistent and one of the key performers from full-back.

“It has been great to see them get that experience and no doubt it will kick them on.

“It’s an extra bonus that they get to play in front of their home crowd in Musgrave Park where the atmosphere has been incredible.” 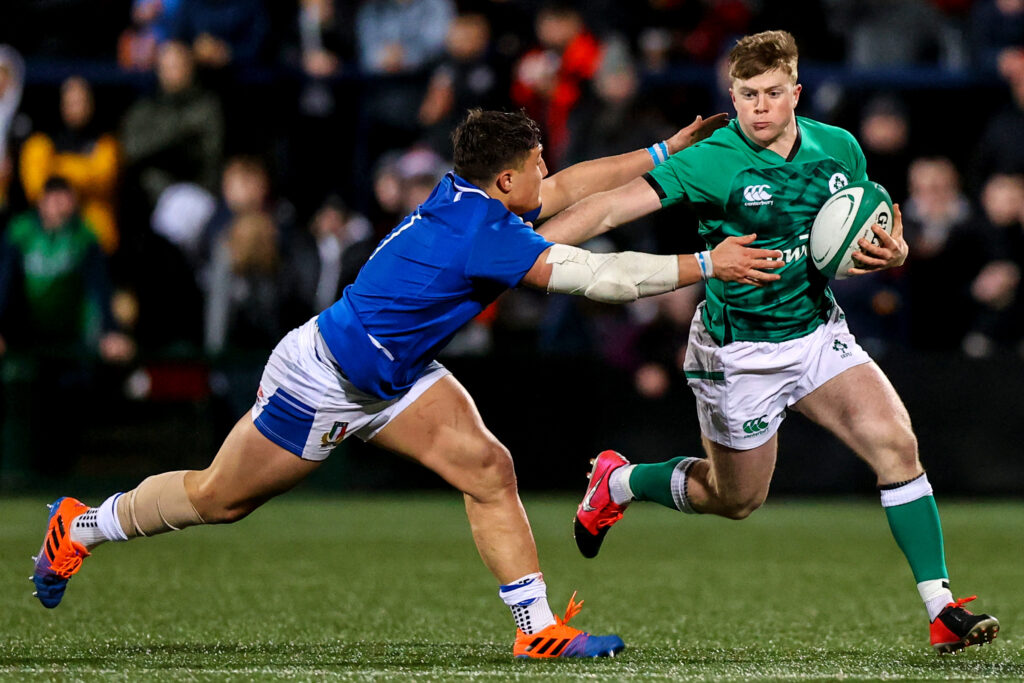 Patrick Campbell in action for the Ireland U20s at Musgrave Park.

Nurturing the next generation of talent from clubs and schools…

“During the mid-term break we invited over 30 players from schools who have been knocked out of the Schools Senior Cup into camps in Musgrave Park and UL for some high quality coaching, gym work and education.

“Then we brought the two groups together on Thursday and had a really enjoyable, exciting session together in UL. That’s our way of keeping those players training at a high standard.

“Players from the three teams that are left in the competition will probably join in on that in Easter as well so it’s a good way of keeping those players around the NTS and PTS squads operating at as high a level as possible.

“The clubs competitions are ongoing and every Monday night we have training for regional development squads all across the province. Domestic game staff are doing a great job managing that, with support from Academy S&C staff and coaches as well.

“Five different coaches lead that part of the programme so all of the club players feed into that as well.

“We supplement that with things like challenge matches and we had an U17s game in UL last week.

“There are lots of development opportunities there and that’s how we continue to track and develop the players. All of that is in advance of the summer programme and the interprovincial championships.”

“Along with the individual-focused initiatives, another thing we’re doing is targeting the environment. This week we will have 100 coaches between Musgrave Park and UL coming in to observe those PSS sessions.

“So those coaches will hopefully transfer what is being done with our elite groups back into their clubs and schools.” 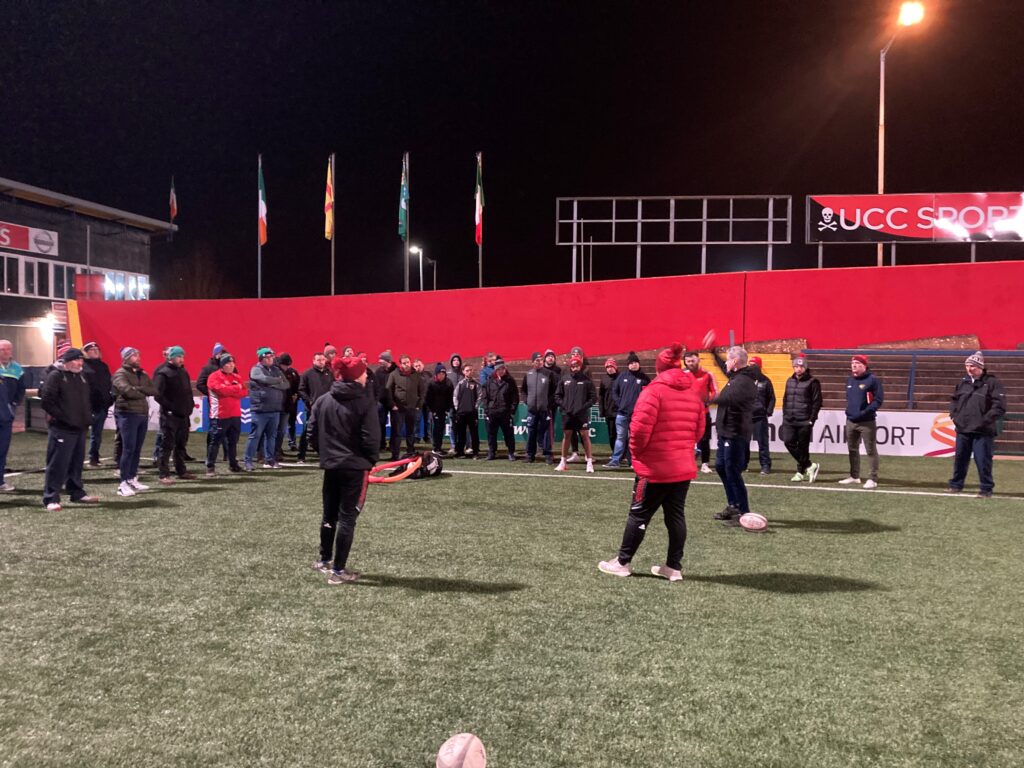 The clubs and schools coaches at Musgrave Park to observe a PSS session.

“I’m delighted to see the three lads get contracted.

“Patrick Patterson has worked extremely hard at his game and has a real point of difference in his speed. We saw it when he came off the bench against Glasgow recently, he’s fast enough to play on the wing. You see that when he attacks around the ruck and that’s his x-factor.

“Eoin O’Connor has missed an awful lot of rugby over the last few years due to some big injuries but he’s worked his way back and played a huge amount of rugby with Young Munster this year.

“After a long lay-off, it’s a real testament to his perseverance and resilience where he went from a bench role with Young Munster to getting into their starting side and even the last couple of weeks he’s shown his versatility by playing in the back-row and he’s going from strength to strength.

“Paddy Kelly is out with a pretty significant hamstring injury at the moment but he has shown enough potential during the summer and in those development games at the end of the summer that he has the ability to play at the next level.

“The three lads have plenty of developing to go and delighted to see them move into the senior programme.” 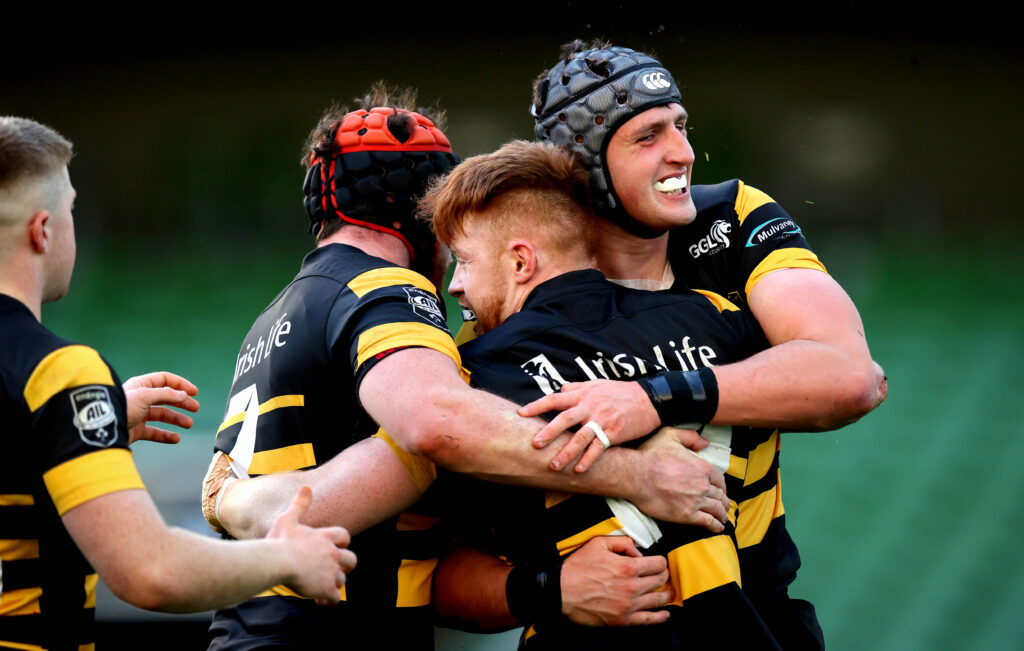 “We’re always trying to create a high performance environment and high performance standards in  everything we do so to have access to that type of facility means we can meet those criteria.

“It’s a very, very good environment to bring players into to develop.” 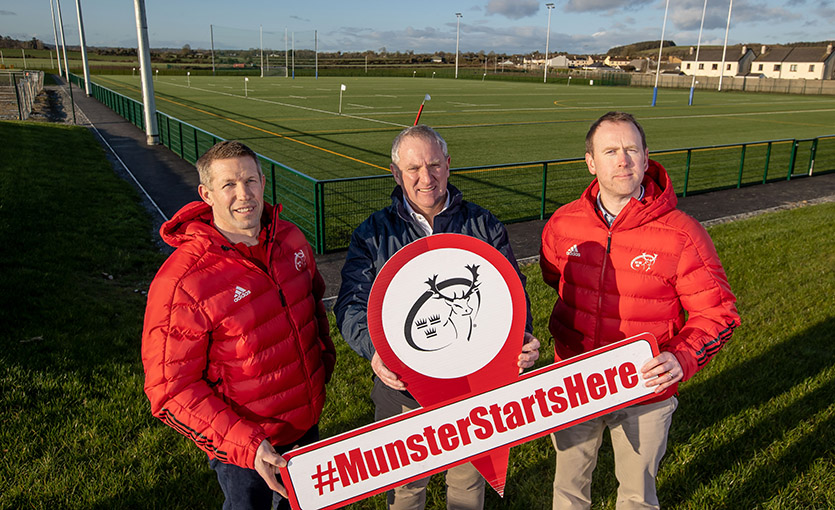