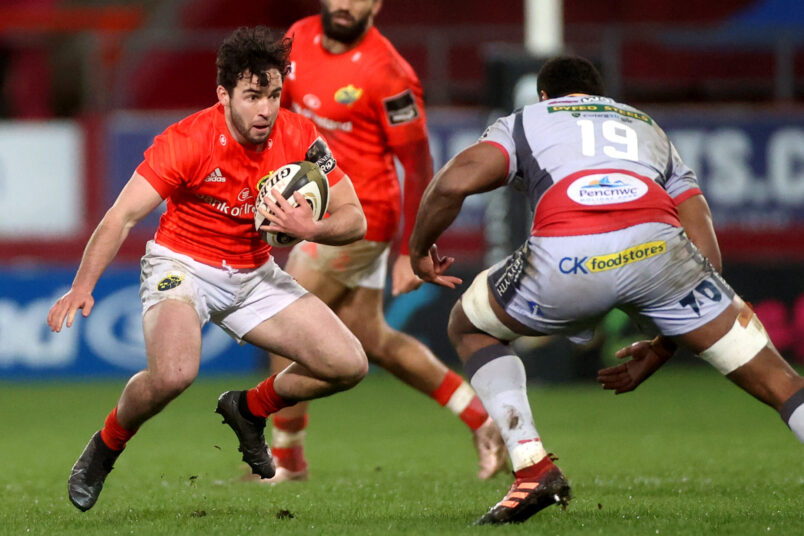 Paddy Patterson in action for Munster on his debut against Scarlets. Inpho

Munster Rugby are pleased to confirm that Greencore Munster Rugby Academy trio Paddy Kelly, Eoin O’Connor and Paddy Patterson will be promoted to the senior squad next season.

In addition, Irish-qualified hooker Chris Moore will also join the province ahead of the 2022/23 season on a one-year deal.

The trio join hooker Scott Buckley and back-row forward Alex Kendellen in signing senior contracts and progressing from the Academy to the senior squad next season.

23-year-old Patterson joined the province from the Leinster Academy last season and has made four appearances for Munster to date.

The UCD scrum-half made his debut against Scarlets at Thomond Park in March 2021 and featured off the bench against Glasgow earlier this month.

Currently sidelined with a hamstring injury, Kelly has scored one try in nine Munster A appearances to date. 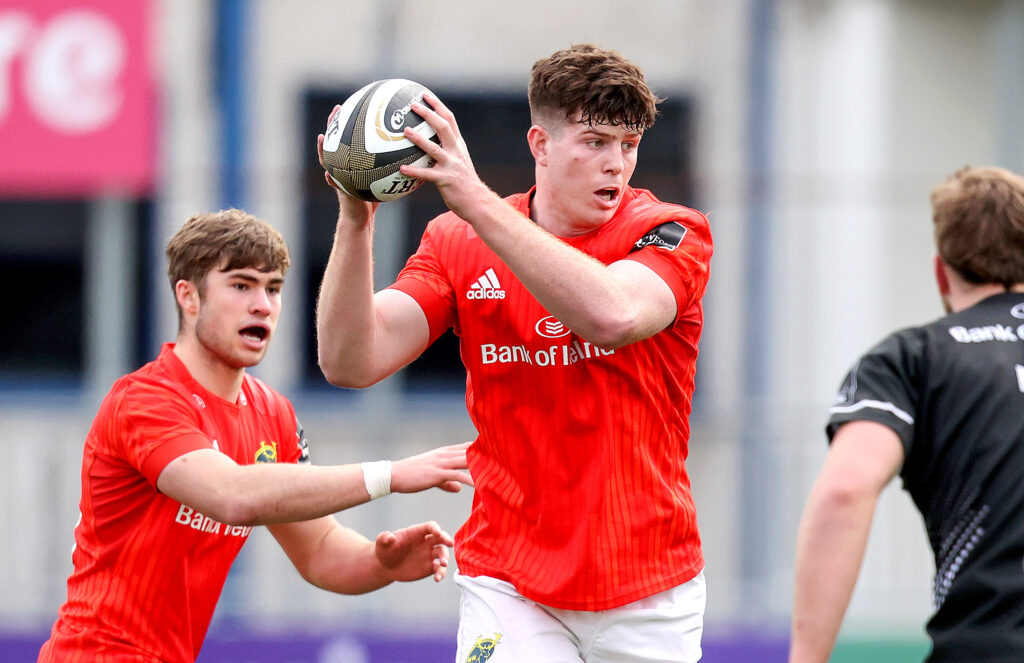 Paddy Kelly in action for Munster A last season.

21-year-old lock Eoin O’Connor came up through the ranks at Waterpark RFC and plays his All Ireland League rugby with Young Munster RFC.

He made his senior Munster debut against Wasps in December 2021 after missing the 2020/21 season due to a knee injury. 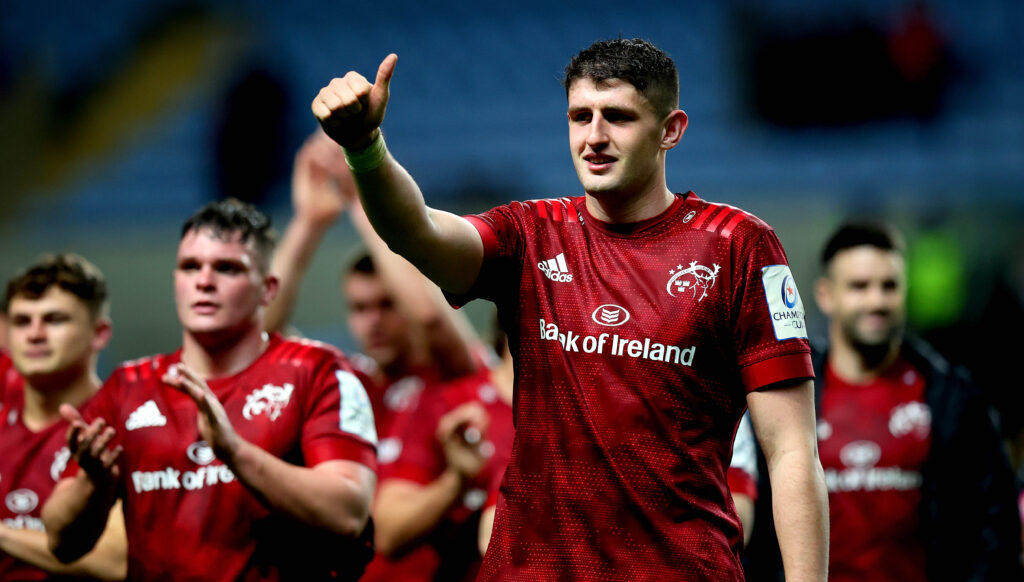 Eoin O’Connor following the victory over Wasps in December.

21-year-old hooker Chris Moore hails from Trowbridge in England and lined out for the Ireland U18 Clubs team alongside Kelly and O’Connor in 2018.

A graduate of Beechen Cliff school, Moore is currently studying and playing at Exeter University.