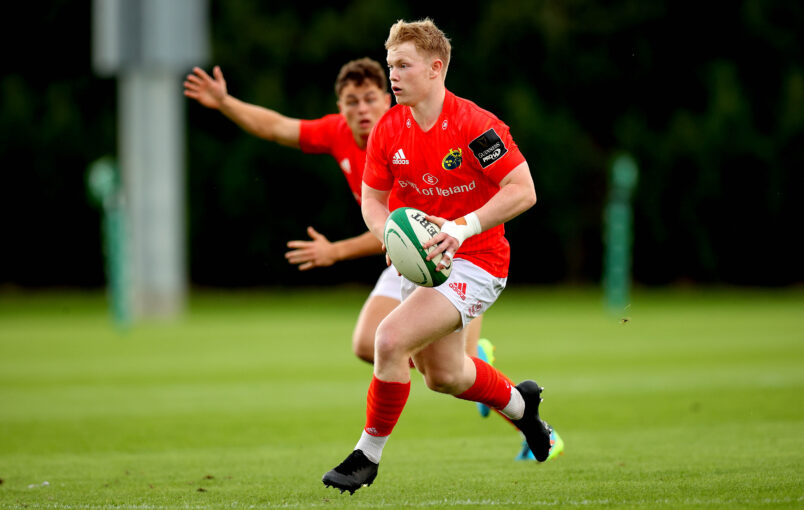 Ethan Coughlan in action for Munster A in September. Inpho

From Clare, scrum-half Ethan Coughlan joined the Greencore Munster Rugby Academy last summer after coming up through the ranks at Ennis RFC.

He won the U16 Munster title in 2018 and shared the U18 Cup title honours in 2020 as his progression from club and regional development squads saw him feature for Munster and Ireland at U18 Clubs level.

He captained the Ireland U18 Clubs in Italy in 2019 under Head Coach Fiach O’Loughlin before signing up with All Ireland League side Shannon RFC. 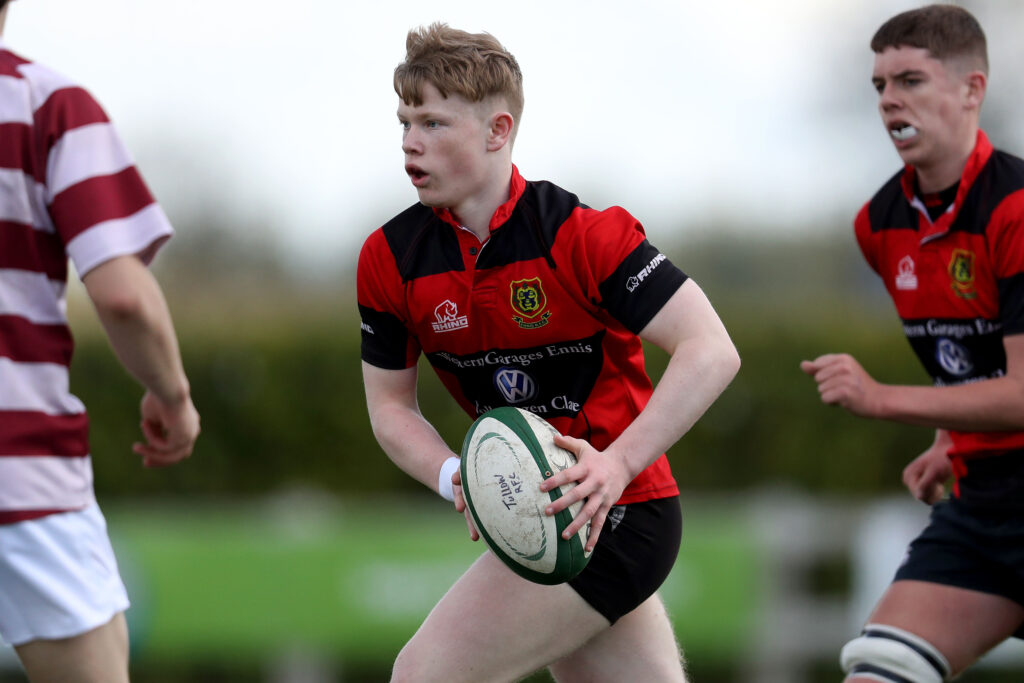 Ethan in action for Ennis RFC in the U16 All-Ireland final.

For the 2020/21 season he joined several Munster senior training sessions providing cover at 9 and featured for the Munster A side.