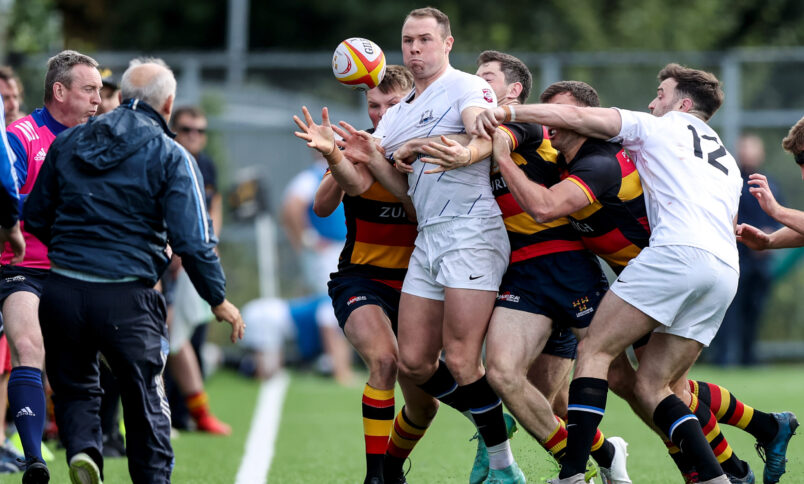 We spoke to Greencore Munster Rugby Academy Manager Ian Costello for the latest Academy Update after a month that has seen two Academy players feature in the URC along with plenty of AIL representation.

On the injury front, Jonathan Wren is continuing to rehab. Conor Phillips is training with the Ireland Sevens team.

Munster A are in line to face the Connacht Eagles on the weekend of November 12/13/14 .

Hear the latest from Ian Costello below.

“It’s been great, the majority of Academy players have played in the AIL in the first weeks of the new season. Last week, Scott Buckley was back from injury and playing with UCC and Alex Kendellen played 80 minutes with UCC as well.

“Eoin O’Connor, after a long stint out, came off the bench for Young Munster so it was great to see him returning.

“Eoin has been getting on great. He had been out of the game for a long time with his knee so it’s slow and steady. He had gone back training with Young Munster for a few weeks and that’s great for him because that’s such a competitive squad. He’s had to really work his way into the team.

“We’ve got a really great relationship with the AIL coaches. So with Young Munster Head Coach Gearóid [Prendergast], for example, there was a three-week plan in place to get Eoin back into the squad.

“He did that, put his head down and worked hard and it was brilliant for him to come off the bench in their win last week against Terenure College.

“We have constant communication with the clubs so there’s a plan for everybody.”

“We try to celebrate all of those successes and don’t take anything for granted. This year is a bit tougher [with regards to Academy players making senior appearances] because you’re usually playing games in this period where you have 11 or 12 internationals away so this year when you get your chance you really have to earn it.

“It’s just adapting to this period and that’s the beauty of AIL. The players can go from playing for their clubs one week to being involved in an away trip in the URC against Scarlets the next week and then back in to represent their clubs so they are playing top quality rugby all the time.

“Those two did really well and they have to make sure they’re prepared for the next opportunity but it definitely provides a huge source of inspiration to the rest of the Academy players to know that the opportunity is there if they are playing well enough.”

Munster A fixture against Connacht on the second weekend of November…

“This Connacht game gives players the opportunity to put on a Munster shirt again and to give as strong an account as they can to put themselves up for selection for the two-week tour to South Africa and the URC going forward.

“Basically, it’s a balance of quality AIL fixtures which they’ll have this week and next week, then they’ll have the ‘A’ game. For some players that will be the catalyst for them to be selected for the tour to South Africa and guys who don’t will play two more rounds of All Ireland League.

“The most important thing is that we’re getting the highest level of rugby possible we can for all the players.

“Ideally, some players will have aspirations of playing against the Bulls and the Lions whereas other guys will use it as a real opportunity to catapult them back into the AIL.”