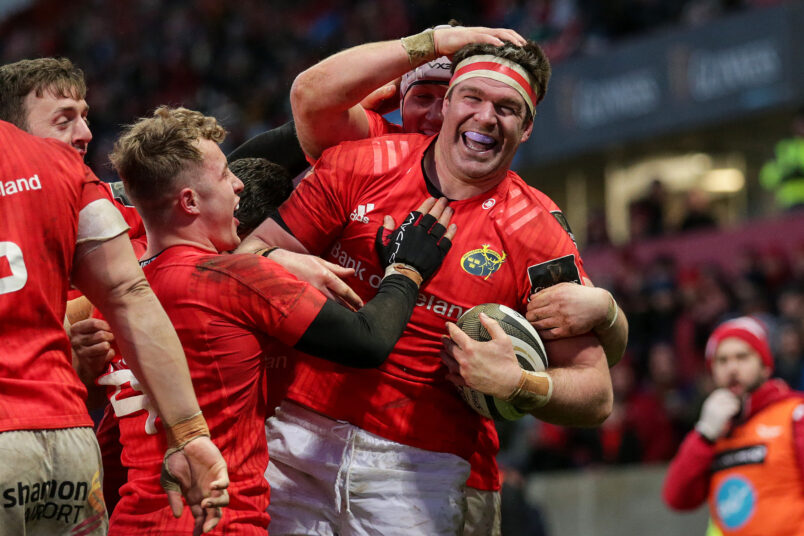 Billy Holland retires from professional rugby this summer after an outstanding career that saw him line out for Munster on 247 occasions.

Named on the 2020/21 Guinness PRO14 Dream Team, Billy was a real leader for the province on and off the pitch and continued to perform at a very high level throughout his 14th and final season in red.

A player who came up through the provincial pathway, playing with clubs Cork Constitution and UCC, and school Christian Brothers College, Billy joined the Munster Rugby Academy in 2005 and made his competitive debut against Scarlets in September 2007.

He went on to win Academy Player of the Year in 2008 for his breakthrough season and was promoted to the senior squad.

Holland played in the province’s narrow defeat to New Zealand in Thomond Park in November 2008, while in October 2010 he played a central role in the defeat of the touring Australia side.

In representing the next generation of players coming through the province he captained the Munster ‘A’ side to British and Irish Cup success in Musgrave Park in 2012.

Known for his leadership qualities on and off the field, Billy’s peers twice nominated him for Munster Rugby Men’s Player of the Year off the back of his performances during the 2014/15 and 2015/16 seasons.

On the international front he secured an Ireland cap playing against Canada at the Aviva Stadium in October 2016, while he enjoyed Nations Cup and Tblisi Cup success with Emerging Ireland in 2014 and 2015.

Watch some of his many Munster highlights below.

Join The MRSC As An Associate Member