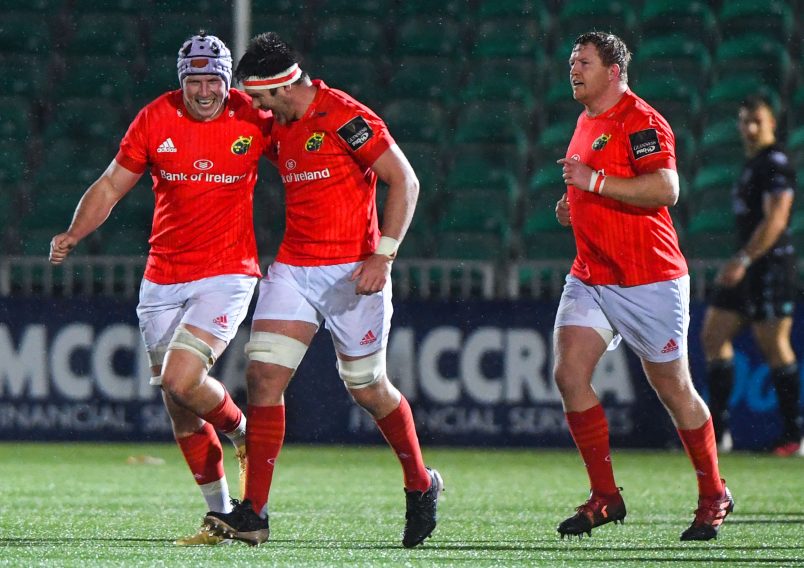 Munster have made the perfect start to the Guinness PRO14 season as seven wins on the spin have seen the province open up a healthy lead at the top of Conference B.

43 players have played their part with seven members of the Greencore Munster Rugby Academy involved so far this year.

Munster have scored 29 tries in seven games, an average of just over four per match.

Conference rivals Scarlets, Edinburgh and Cardiff Blues have all been beaten along with Glasgow Warriors, Ospreys, Dragons and Zebre.

We are in Champions Cup action against Harlequins and Clermont Auvergne next before Interpro derbies against Leinster at Thomond Park and away to Ulster and Connacht.

Take a look at some of the key stats, facts and figures following our impressive starts below.

JJ Hanrahan made his 100th Guinness PRO14 appearance away to Glasgow Warriors in November. 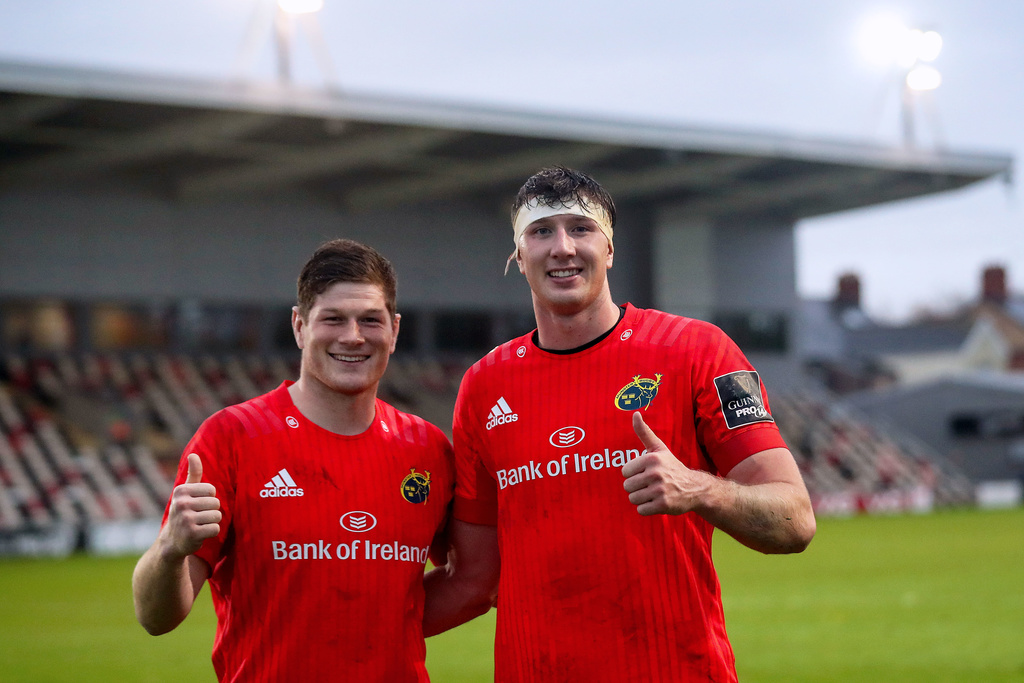 Thomas Ahern made his Munster debut against Dragons.

Player of the Match Awards

Craig Casey and Gavin Coombes lead the charge with two apiece ahead of JJ Hanrahan and Jack O’Donoghue.

Ben Healy has scored 57 points so far this season with JJ Hanrahan our second highest points-scorer on 42.

Gavin Coombes is the leading try-scorer with six, ahead of three-try Kevin O’Byrne. 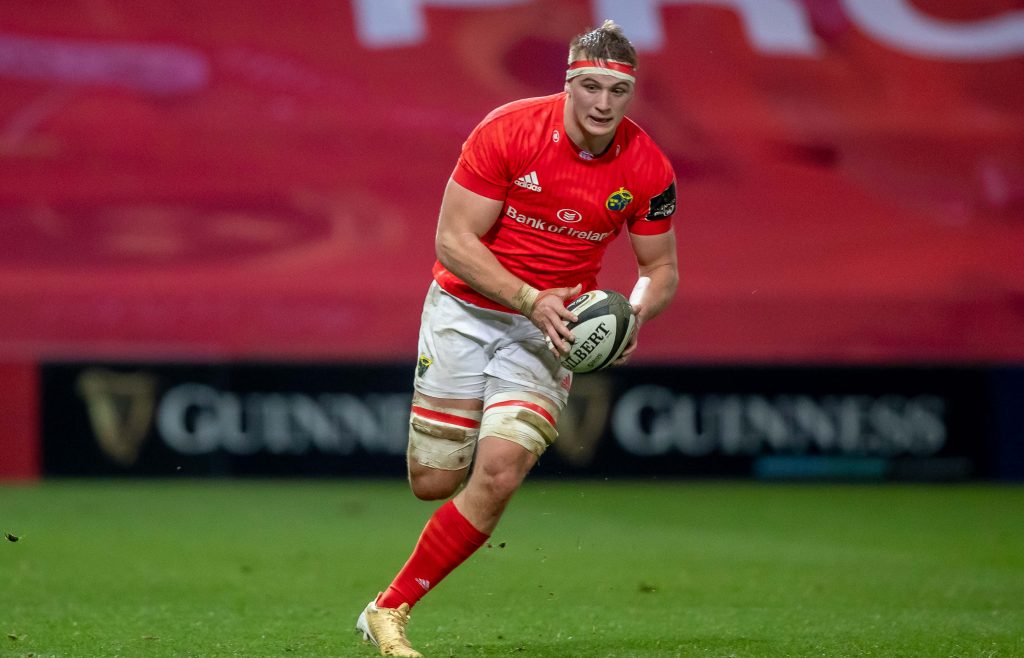 Six tries for Gavin Coombes so far this season.

Jack O’Donoghue leads the way having played in all seven games, playing in 463 minutes of a possible 560 minutes.

Damian de Allende has beaten 16 defenders in his six appearances (the second most across the PRO14) ahead of Mike Haley (13) and Craig Casey (12). 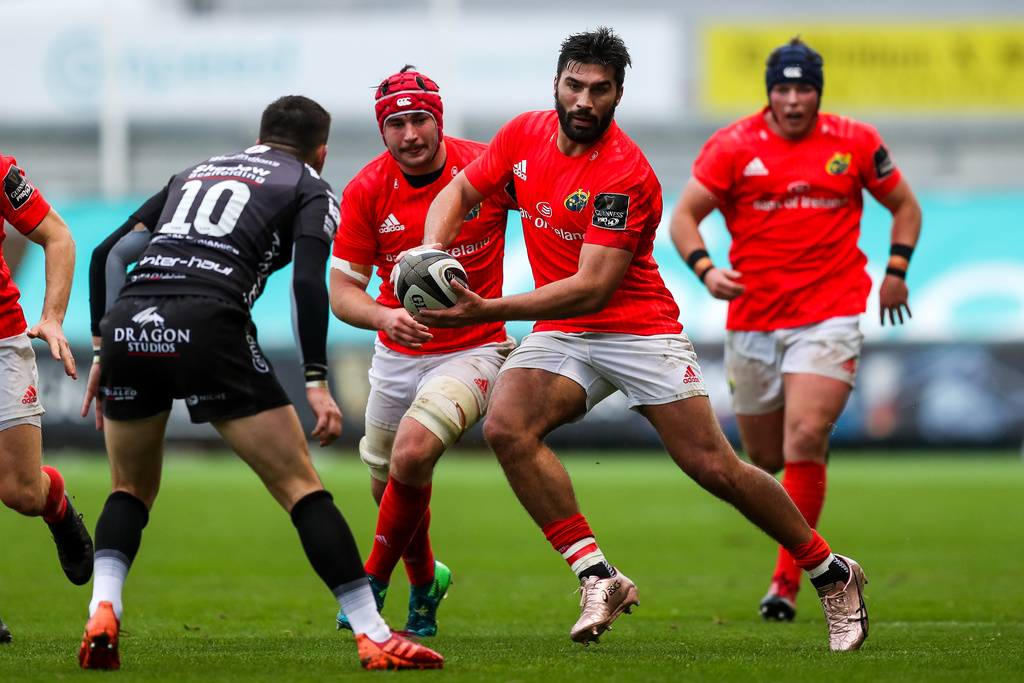 Damian de Allende has made a fantastic start to the season.

Jack O’Donoghue has made the most tackles with 47 in seven games ahead of Gavin Coombes (44) and Billy Holland (41).

James Cronin and Gavin Coombes top the turnover charts with four each. 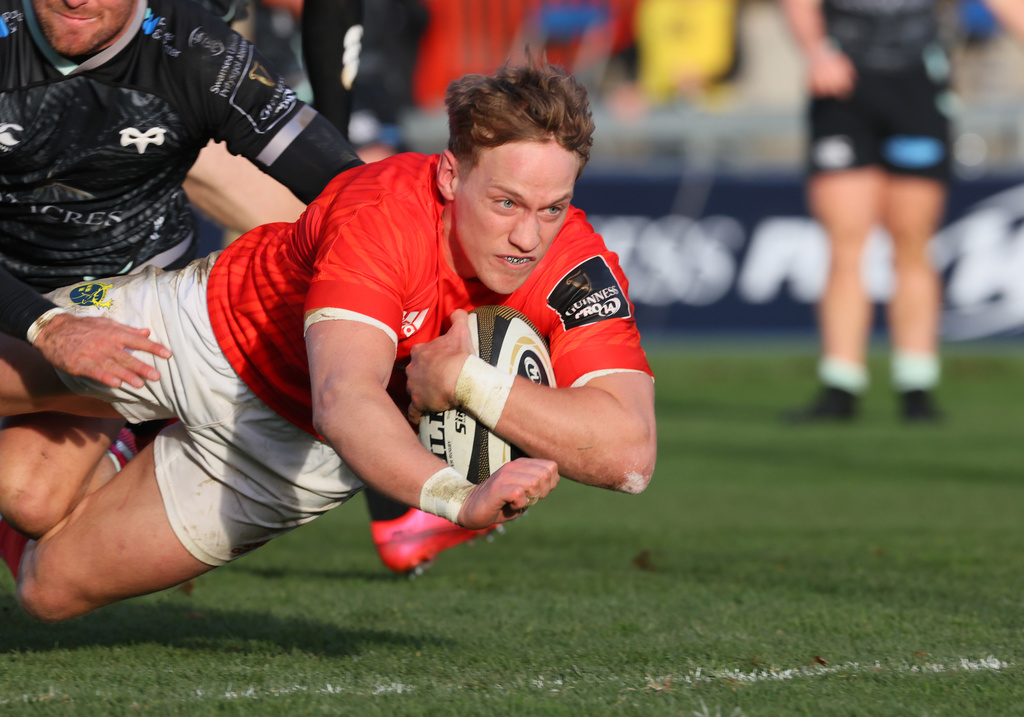 Mike Haley has made the most metres.

Gavin Coombes leads the way with 71 carries in seven games, the third highest across the PRO14.

Craig Casey has made the most passes of any Munster player with 324 in his 423 minutes on the pitch.

Craig Casey and Fineen Wycherley were also called up to train with Ireland for the first time this season. 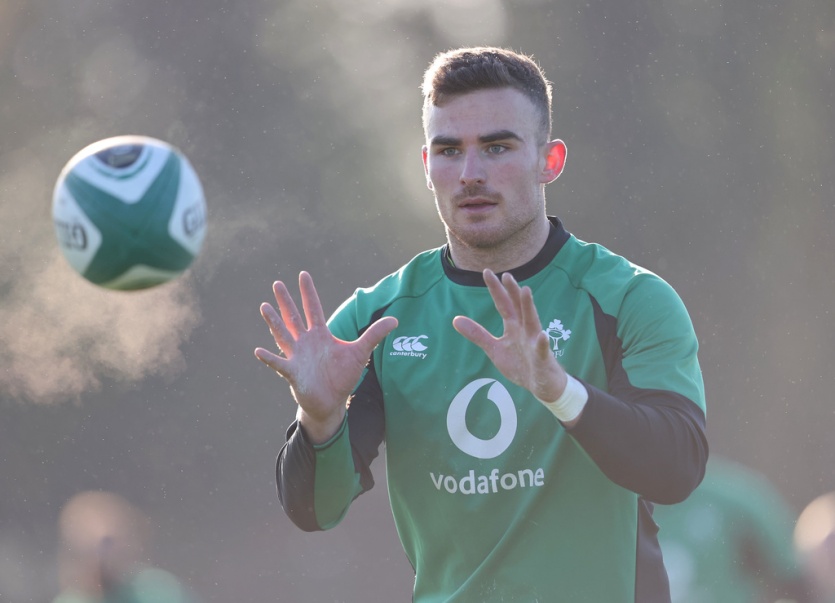 Shane Daly made his Ireland debut against Georgia.