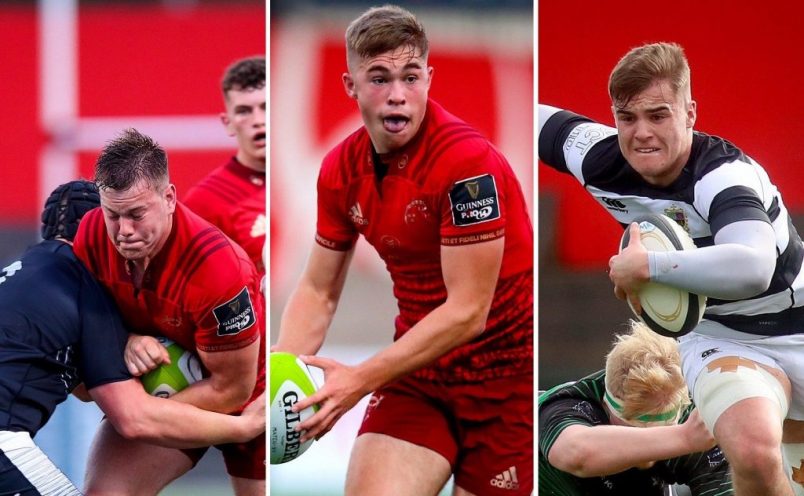 Three players have been added to the Greencore Munster Rugby Academy ahead of the 2020/21 season.

Scrum-half Jack Stafford and full-back/out-half Alan Tynan have completed their three years in the Academy and we wish to take this opportunity to thank them for their time with the province.

Former Ireland U20s player Stafford made his senior debut for Munster against Zebre in November 2017. The former Glenstal Abbey man has featured for Shannon and Garryowen in the AIL during his time in the Academy along with Munster A.

Tynan, another former Ireland U20 international, featured for Young Munster in the AIL and Munster A throughout his time in the Academy. Tynan made his senior Munster debut in the pre-season clash against Connacht in 2019 and has previously played both hurling and football for Tipperary at minor level.

See player bios of the new Academy recruits, and the full listing of the group below. 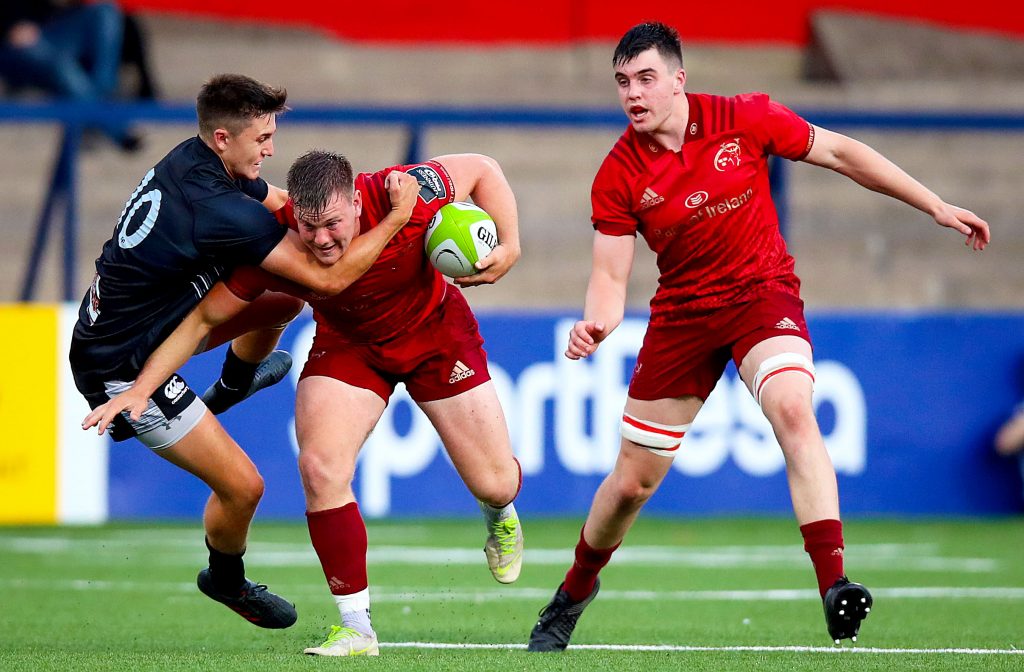 Scott Buckley on the charge for Munster A against Ospreys A in the Celtic Cup earlier this season.

Scott Buckley captained CBC to the Clayton Hotels Munster Schools Senior Cup in 2019 and has represented Ireland at U18 and U19 level.

The 19-year-old enjoyed a strong campaign with Munster A in the Celtic Cup this season and captained the side away to Dragons in August.

Buckley was unfortunate to miss out on the majority of the campaign after sustaining a hamstring injury. 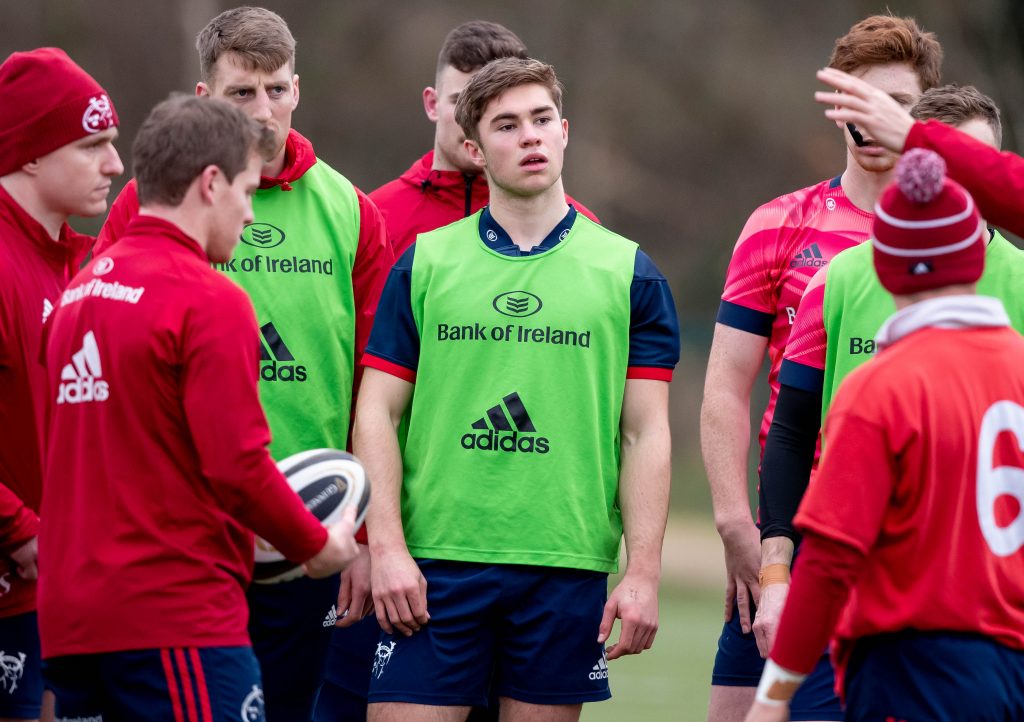 Inishannon’s Jack Crowley won the U18 Munster and All Ireland titles with Bandon RFC in 2018 and has also lined out for Bandon Grammar in the Clayton Hotels Munster Schools Senior Cup.

The 20-year-old starred for the Ireland U20s in this year’s 6 Nations and scored 36 points in three games as Ireland cliched the Triple Crown before the campaign was cut short.

He has also played a leading role for Cork Constitution in the AIL this year along with lining out for Munster A in the Celtic Cup. 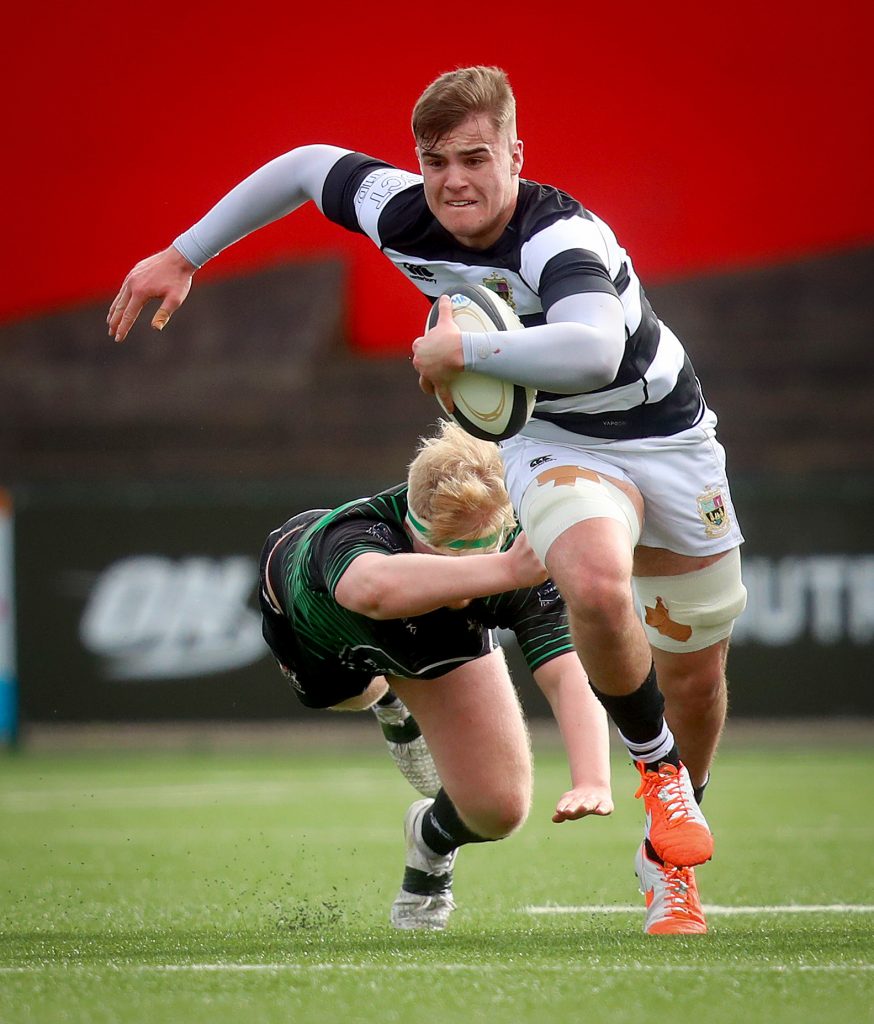 Alex Kendellen in action for PBC in 2019.

Alex Kendellen joins the Academy straight out of school having led PBC to the Clayton Hotels Munster Schools Senior Cup final this year.

The 19-year-old has already earned a number of representative honours at provincial and international level.

15 players have now been confirmed for the Academy next season and there may be further additions over the coming months.