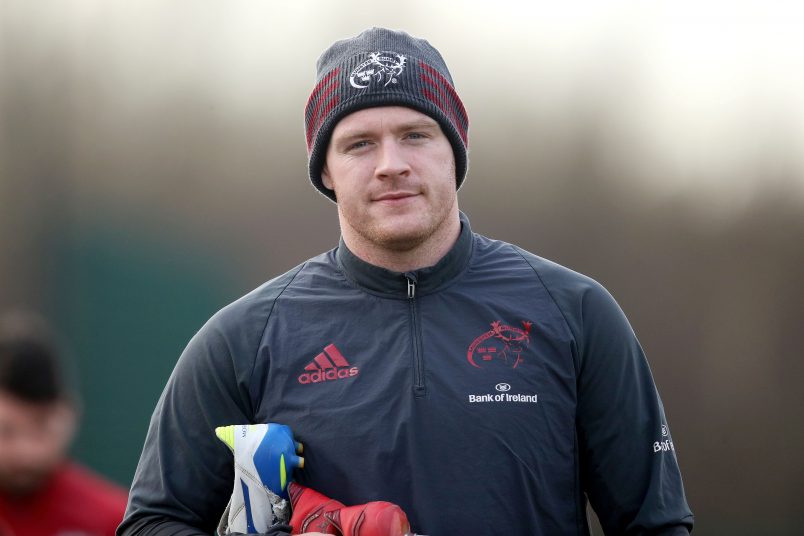 Munster Rugby can confirm that prop Brian Scott, who last lined out for the province in November 2018, has been advised to retire on medical grounds due to a foot ligament injury sustained while in AIL action for Cork Constitution in December 2018.

Munster Rugby can confirm that prop Brian Scott, who last lined out for the province in November 2018, has been advised to retire on medical grounds due to a foot ligament injury sustained while in AIL action for Cork Constitution in December 2018.

A product of PBC and Dolphin, he joined the Greencore Munster Rugby Academy in 2013 and scored two tries in 26 appearances for the province.

A former Ireland U20 international, Scott made his senior debut against Scarlets in September 2016 and his Champions Cup debut against Glasgow at Thomond Park the following month.

In 2017, the 27-year-old started every game of Munster A’s British and Irish Cup-winning campaign, and lined out for the Barbarians against Tonga at Thomond Park.

Scott is expected to take up a coaching role with one of the province’s AIL clubs next season.

Speaking about his retirement, Scott said: “I’m devastated to be finishing my career prematurely. The last 15 months have been incredibly testing and unfortunately I did not come out on the right side of it.

“I have great confidence in knowing the medical team and I have tried and given everything to this and done everything possible to regain full fitness. I have huge gratitude for the physios and the doctors for everything they did for me.

“I look back at my journey through rugby with great happiness. From my club games, school games in PBC and coming up through the Munster Rugby system. It was a childhood dream of mine to play for Munster Rugby and I’m incredibly proud to say I got to do so. I grew up attending Munster matches with my grandad and the club and its fans will always have a special place in my heart. I am first and foremost a Munster man.

“Throughout my career I have been supported and helped by many people. I would like to thank my family, my girlfriend, my friends, my team-mates and the coaches who have guided me from the beginning. They have all helped me personally develop and I can’t thank them enough for that.

“My time with Munster has meant everything to me and I look forward to continuing to support Munster Rugby. I wish all my team-mates the greatest success in the coming years.”

Munster Head Coach Johann van Graan said: “I want to wish Brian all the best for the future and thank him for everything he has done for Munster.

“It’s a difficult time for any player to have to finish early through injury, but Brian should be very proud of everything he has achieved in representing the province.”