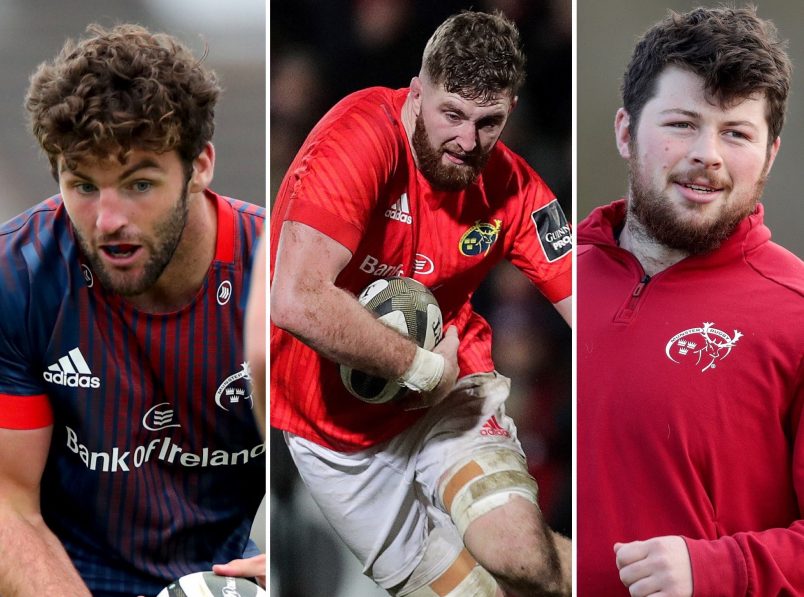 Munster Rugby can confirm that Seán O’Connor, Darren O’Shea and Ciaran Parker will depart the province at the end of this season.

Academy graduate Seán O’Connor, who can play in the second row and back row, made nine Munster appearances since earning his debut against the Maori All Blacks in 2016.

A product of Cashel RFC and Rockwell College, the 23-year-old helped the Ireland U20s to the runners-up spot at the 2016 Junior World Championship and has lined out extensively for Garryowen in the AIL this season.

O’Connor will play Championship rugby in England next season.

Lock Darren O’Shea scored two tries in 44 Munster appearances and made his debut against Edinburgh in September 2016.

O’Shea joined the Munster Rugby Academy in 2013 before spending the following two seasons at Worcester Warriors, helping them win promotion to the Premiership, and rejoining the province in 2016.

A product of Crosshaven RFC, the 27-year-old played a key role in Munster A’s successful British & Irish Cup campaign in 2017.

A former Ireland U19 international, O’Shea made his Champions Cup debut against Leicester Tigers at Thomond Park in December 2017.

A former England U20 international, Parker made his Munster debut against Benetton Treviso in September 2017.

The 24-year-old made his Champions Cup debut against Castres Olympique in December 2018 and appeared in the 2017/18 Guinness PRO14 knockout clashes against Edinburgh and Leinster.

Parker will join O’Connor in playing in the English Championship next season.

Head Coach Johann van Graan said: “I would like to take this opportunity to thank Ciaran, Darren and Seán for their time with the province.

“We wish them all the best with their future rugby careers and wish them continued success.”