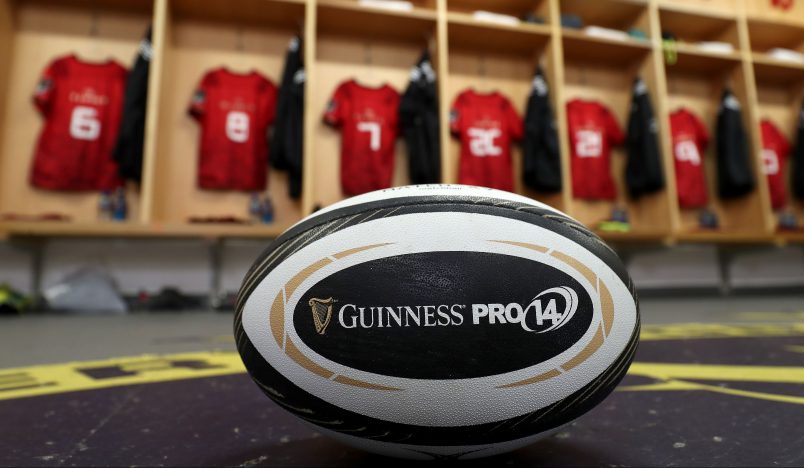 Munster’s fixtures for the 2019/20 Guinness PRO14 season have been finalised with the dates and times confirmed for 20 of the 21 rounds.

Munster’s first six Thomond Park games all take place on a Saturday with family-friendly kick-off times between 3pm and 6pm. All full Season Ticket holders can bring up to two juniors for FREE to all PRO14 games (excluding Leinster).

Munster travel to South Africa for the first two weeks of October with the province facing the Southern Kings and Cheetahs on consecutive Saturdays.

Munster’s first Interpro of the season takes place in round six as Ulster visit Thomond Park on Saturday, November 9, at 5.15pm.

The Christmas fixtures begin with a trip to face Connacht at the Sportsground on Saturday, December 21 (5.15pm).

The first fixture of 2020 will see Munster travel north for a clash against Ulster at the Kingspan Stadium on Friday, January 3 (7.35pm).

The Interpro fixtures are rounded off with a visit to face Leinster at the Aviva Stadium on Saturday, April 18, at 5.30pm with Munster hosting Connacht at Thomond Park in the final game of the regular season with the date and time to be confirmed.

See all of the fixture details below.

A very limited number of Season Tickets are still available. Check out all the benefits of being a Season Ticket holder and see how you can purchase one here.

Munster have been placed in Conference B for the next two seasons along with Edinburgh Rugby, Connacht Rugby, Cardiff Blues, Scarlets, Benetton Rugby and Southern Kings. 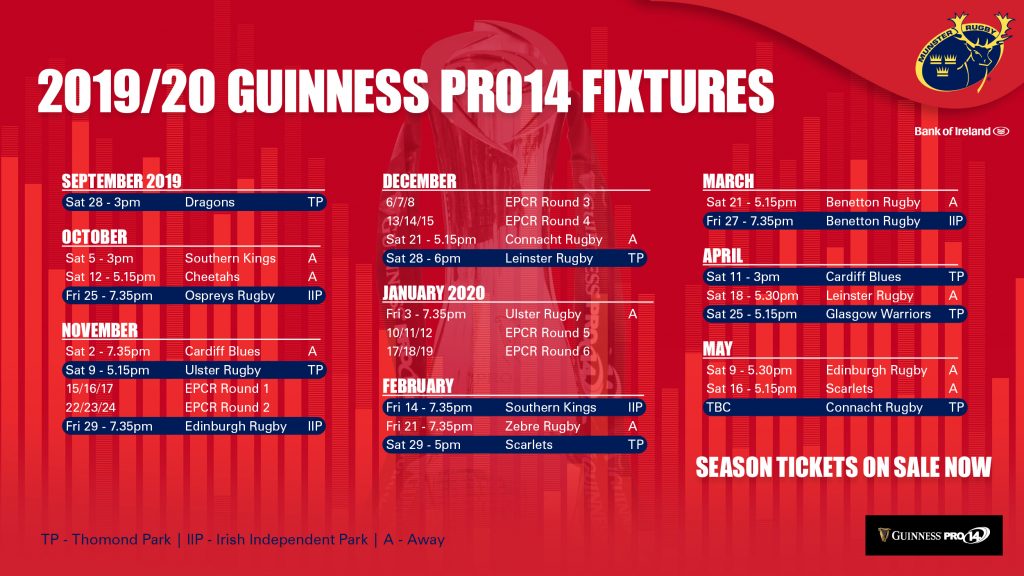