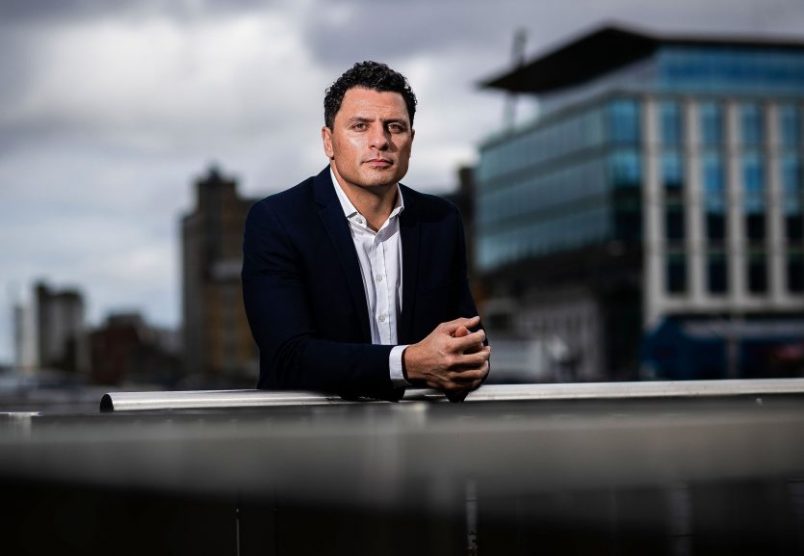 Doug Howlett will depart for New Zealand in the autumn.

Munster Rugby Head of Commercial and Marketing Doug Howlett has confirmed his intention to return to New Zealand in the autumn.

Munster Rugby Head of Commercial and Marketing Doug Howlett has confirmed his intention to return to New Zealand in the autumn.

In announcing the move, Howlett confirmed that after six years of working with Munster Rugby and the Commercial Advisory Board, that the decision is one of mixed emotions.

Howlett commented: “The privilege of playing for Munster Rugby, completing my MBA in UCC, and having the opportunity to run the province’s Commercial and Marketing programmes under the guidance of Garrett Fitzgerald, and the Commercial Board’s Niall FitzGerald and Patrick Coveney, have all been incredible experiences.

“It has been an extraordinary 11 years living in Ireland and I will always treasure my time in this special and unique club, and in Irish sport, academia and business.”

Munster Rugby Acting CEO Philip Quinn said: “With Doug excelling in a senior management role we were always informed of his future plans to return to New Zealand. He has been a great colleague and addition to the organisation, overseeing our most successful commercial year of the past decade.

“In pursuing our strategic objectives, the building blocks are very much in place for further progression and that’s down to the work the Commercial and Marketing department have carried out on the ticketing, sponsorship, patrons and global events front. We retain a talented and committed Commercial and Marketing team focused on realising our clear vision and strategy built on the values of Munster Rugby.

“I would like to thank Doug, and wish him and his family all the best as they return to New Zealand.”

The Chairman of the Munster Rugby Commercial Advisory Board, Patrick Coveney, added: “Doug showed the same level of professionalism, dedication, commitment and drive in the Board room as he always did on the pitch. We will miss him but are hugely appreciative for Doug’s contribution to the strategic development of Munster Rugby which will continue to benefit the organisation in the years ahead.”

On completion of the 2018/19 season, Munster Rugby recorded an attendance increase of 15% with ticket sales up 10% across the season. Irish Independent Park recorded four Guinness PRO14 sell-outs for the first time ever while Thomond Park hosted two sold-out games (both with additional capacity).

Further positives saw an increase in sponsorship and hospitality income of 10% and 30% respectively. The inaugural New York Dinner and upcoming Dublin Dinner sold-out in addition to the annual London Dinner. Most recently, Munster Rugby won the 2019 Video and Apps Marketing Award at the Marketing Institute of Ireland awards.

On the field, Howlett is the all-time leading try scorer for the All Blacks and was involved in professional rugby for 17 years, during which time he played for Super Rugby sides the Highlanders, the Hurricanes and the Blues before joining Munster Rugby in January 2008.

In making an immediate impact, the world-class player helped the province to Heineken Cup success that year and two Celtic League trophies in the following three years. He made 114 appearances in red over five-and-a-half seasons. A natural leader in the Munster environment he was appointed Munster captain for the 2012/13 season.

Munster Pick Up Accolade At All Ireland Marketing Awards