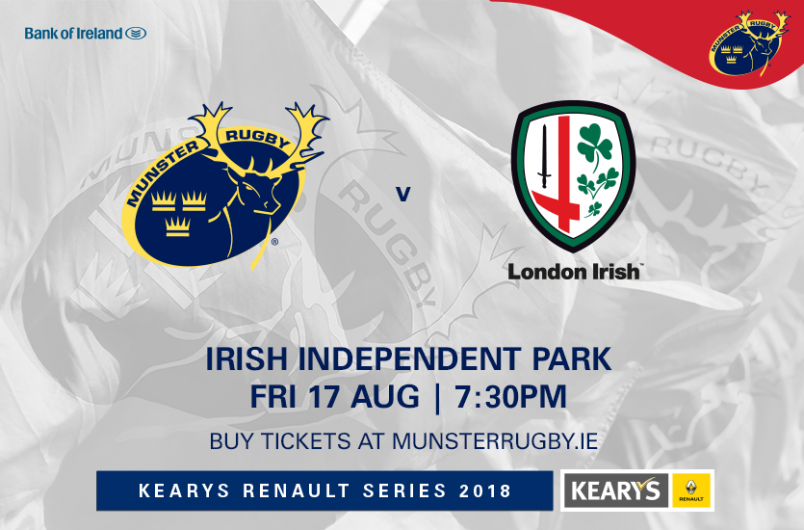 Munster face London Irish in the first game of the Kearys Renault Series 2018 on Friday.

The Munster squad to face London Irish on Friday night at Irish Independent Park in the Kearys Renault Series 2018 will be named by Head Coach Johann van Graan tomorrow.

The Munster squad to face London Irish on Friday night at Irish Independent Park in the Kearys Renault Series 2018 will be named by Head Coach Johann van Graan tomorrow.

An extended squad will be named for the clash with van Graan looking to give game-time to a large number of players as Munster step up their preparations for the new season.

The bedding-in process of the new pitch is now underway with two games to be played at the venue in the Kearys Renault Series 2018 over the next 10 days. 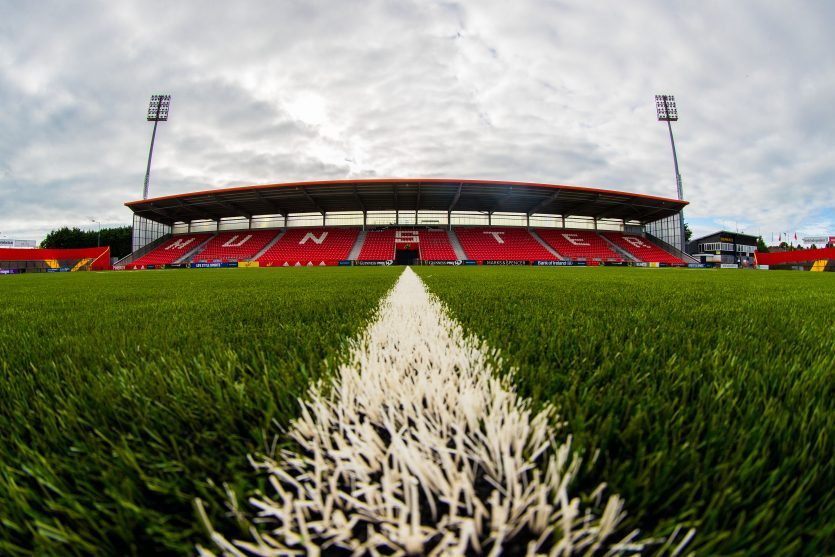 Friday night’s game will cap off the squad’s seventh week of pre-season with a clash against the Exeter Chiefs to follow on Friday week in Irish Independent Park.

The Guinness PRO14 campaign kicks off against the Cheetahs at Thomond Park on Saturday, September 1 (5.15pm).

Munster and London Irish will be competing for the Jack Wakefield Memorial Trophy on Friday night, which is contested every time that London Irish play an Irish province in a friendly match. The trophy is named in honour of a young London Irish supporter who passed away in 2005.

The game will see a familiar face return to Leeside in the shape of former Munster Head Coach Declan Kidney, now Director of Rugby of London Irish.

The move to London has seen him reunited with former Ulster coach Les Kiss, who worked with Kidney previously as part of the Irish international set up.