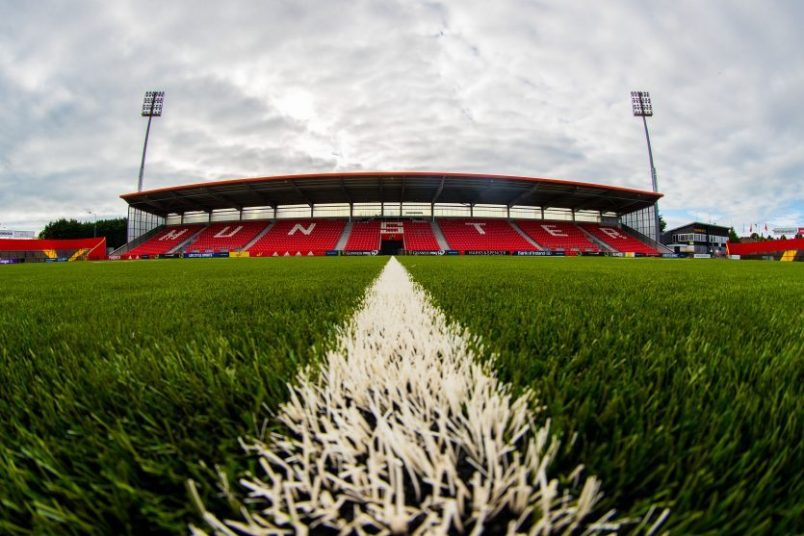 The Irish Rugby Football Union (IRFU) and the Welsh Rugby Union (WRU) have joined forces to create a new development competition – The Celtic Cup – for the emerging professional players from the four Irish provinces and four Welsh regions.

The Irish Rugby Football Union (IRFU) and the Welsh Rugby Union (WRU) have joined forces to create a new development competition – The Celtic Cup – for the emerging professional players from the four Irish provinces and four Welsh regions.

The competition which features development squads from Munster, Connacht, Leinster, Ulster, Blues, Dragons, Scarlets and the Ospreys aims to provide a learning environment for players, coaches and referees by re-creating the week to week challenges presented by senior professional rugby.

The competition will run over seven consecutive weeks commencing on the weekend of September 7/8. Teams will have to prepare for a different opposition each week, manage their physical preparation and recovery and analyse their performances as they grow as individuals and collectively.

David Nucifora, IRFU Performance Director, said: “The Celtic Cup will bring significant value to the development of our emerging professional players, referees and coaches and support staff. It will challenge them to perform and manage themselves within a professional competition structure throughout a week to week campaign similar to the Guinness PRO14.

“The Celtic Cup is also a fantastic vehicle for the development of our next tier of coaches who will have to take the learnings from games each week to drive performance across the competition.

“The IRFU are cognisant of the important role that our domestic club competitions play in the development of young players. The scheduling of the Celtic Cup is intended to be complementary to the club game and create a supportive season structure into the future.”

WRU Head of Rugby Performance Geraint John added: “We are excited about this new development for the performance pathway in Wales.

“The Celtic Cup will help develop players into senior professionals while also promoting and improving Welsh coaches and other performance staff such as strength and conditioning coaches, analysts and referees.

“The block programme of matches will greatly help all involved to build week to week in a professional environment and competition structure, helping to underpin the development of future regional and international players.”

Over the first six weeks of the competition from September 7 until mid October, Munster will face Connacht, Dragons and Scarlets on the new surface at Irish Independent Park with the province travelling to Ospreys, Cardiff Blues and Leinster.

Week seven will see the winners of each group face off in the final.

The bedding-in process of the new modified 3G surface at Irish Independent Park is now underway with two games to be played at the venue in the Kearys Renault Series 2018 over the next 10 days.

See full details of The Celtic Cup below.