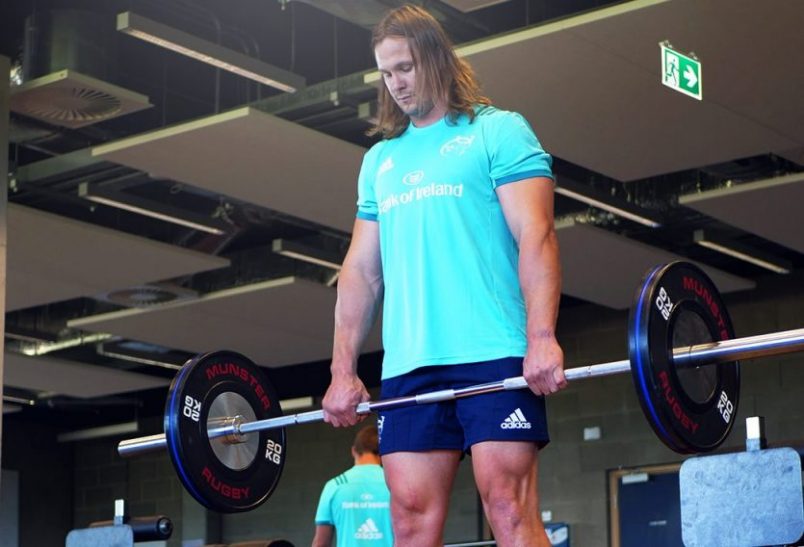 Arno Botha during pre-season training at the High Performance Centre.

New signing Arno Botha is in his third week of pre-season training with Munster having joined the province earlier this summer and is settling in well with the squad.

The 26-year-old joined from London Irish and is an explosive ball carrier. He can play as a flanker or at number eight and played his entire professional career with the Blue Bulls before moving to London in January.

A former South Africa U20s captain, he featured for the Springboks on two occasions in 2013.

Botha may make his first appearance for Munster at Irish Independent Park next month as the Kearys Renault Series returns to Cork with the province hosting London Irish and Exeter Chiefs (full fixture and ticket details below).

Guinness PRO14 Fixtures To Be Announced