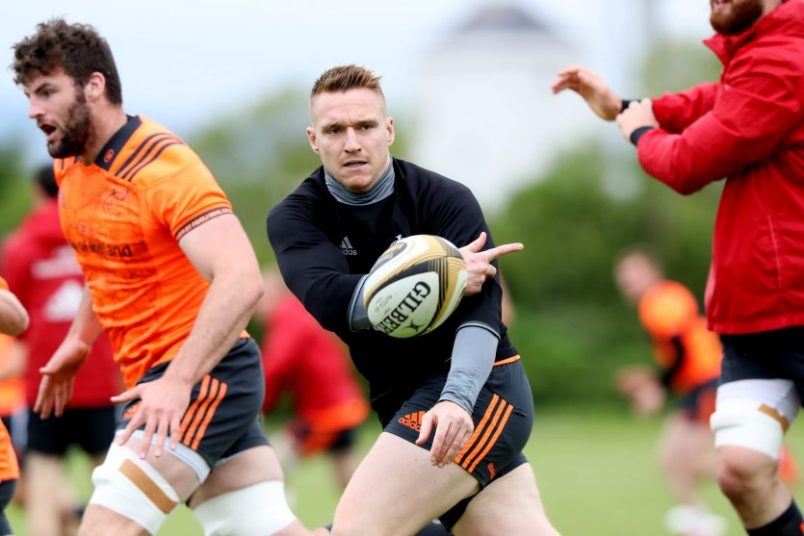 Rory Scannell at training in UL

This Saturday we return to the RDS in Dublin for the first time since 2009, taking on European Champions Leinster in the Guinness PRO14 Semi-Final at 3.15pm.

Joining the squad as they took to the field in UL yesterday was new Head of Athletic Peformance Denis Logan as he observed the training session from the sidelines.

“It’s a nice one to be the first team to challenge them,” he says.

“I’ve never played in the RDS, it’s somewhere that I’ve actually never played. I’ve heard a lot about it, watched a lot of rugby there.

“Obviously it’s a superb venue and an intimate one.

“It’s going to have to be something very special from us with the form Leinster are in, not just the last few weeks, but the whole year. We’re going to have to do something different and have the best game of our season by some distance.”

View the gallery from training here.