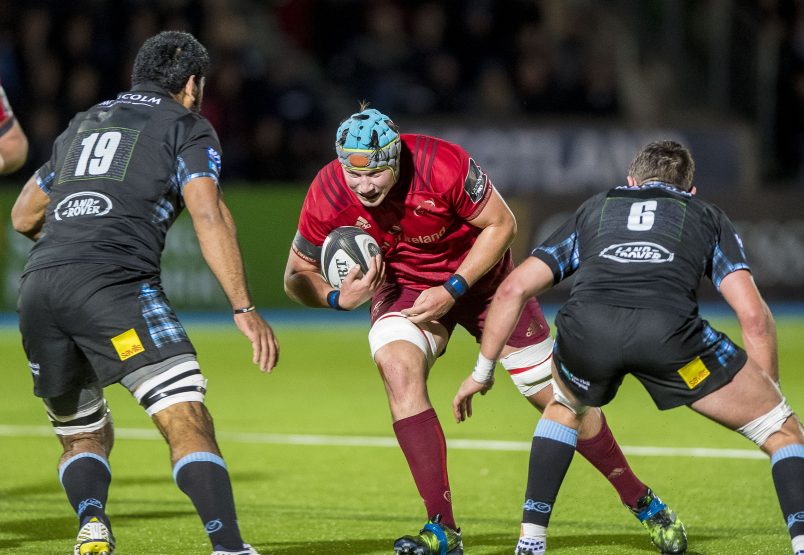 The Greencore Munster Rugby Academy was formed in 2004 “to prepare young players for life in and beyond professional rugby”.

Check out part 1 of our series here.

A programme that players can follow for up to three years, the first Academy group of players was selected 14 years ago and split into Level 2 and Level 1 members, now known as the Academy and sub-Academy.

Academy players receive coaching and guidance from Munster Rugby staff and play with their clubs in the All Ireland League.

The current conventional pathway to the Academy sees players initially selected from clubs and schools to one of the four Munster Rugby Regional Development Squads (east, north, south and west).

From there they move up to the Munster age-grade squads (U18 Clubs, U18 Schools, U19s and U20s), sub-Academy and then Academy.

With Academy players playing All Ireland League rugby throughout the season, AIL games are monitored closely with the best club players also scouted.

The door is never closed on young players who leave the pathway or are late developers with the stellar form of Garryowen captain Neil Cronin over the past two seasons seeing the scrum-half earn a senior contract for next season.

Similarly, Ireland international John Ryan was rewarded with a contract in 2011 after impressing for UCC in the All Ireland League having missed out on a place in the Academy. Fellow international James Cronin missed out on the Munster U19s and U20s before earning an Academy place in 2011 thanks to his fine form with Highfield in the AIL.

Darren Sweetnam became the latest Academy graduate to represent Ireland when he earned his first international cap last November with 15 of the squad’s 20 current Ireland internationals having come through the Munster pathway.

28 of this season’s 43-man Munster squad have followed the Munster Rugby pathway and, on average, three players progress from the Academy into the senior squad each year.

Fineen Wycherley (lock), this season’s Academy Player of the Year, Calvin Nash (winger) and Liam O’Connor (loosehead prop) are the latest trio to progress from the Academy having all seen game-time in the Guinness PRO14 this season.

We chat to Elite Player Development Manager Peter Malone for the second of our two-part series.