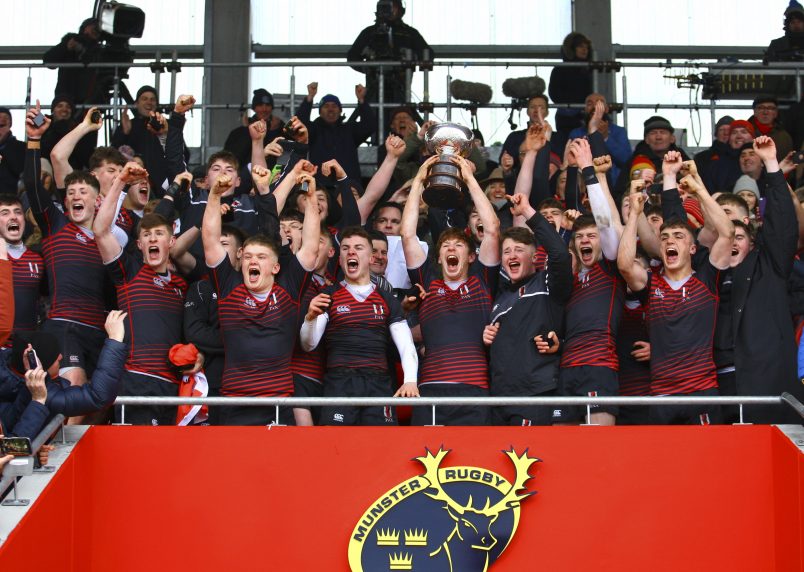 March was such an eventful month that we expanded our usual three-moment shortlist to include an extra nomination for our Munster Moment of the Month award.

There was Clayton Hotels Munster Schools Cup glory for both the Junior team of St. Munchin’s and Glenstal Abbey’s Seniors, Andrew Conway scored a wonder try to topple Toulon in the Champions Cup quarter-final and the Corpus Christi School choir stole the show with their half-time performance in the Guinness PRO14 win over Scarlets.

Vote for your favourite moment below and you could win two tickets to Munster’s Guinness PRO14 Interpro derby against Ulster at Thomond Park on Saturday, April 28 (5.35pm).