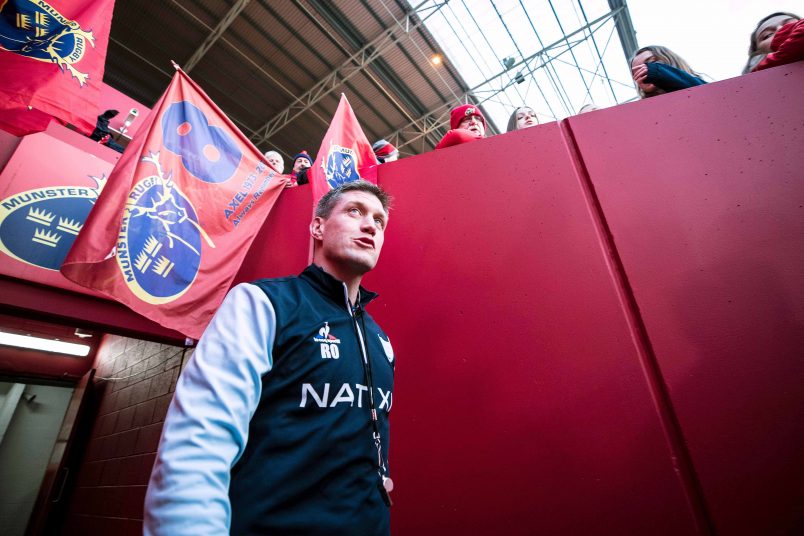 No other team has played more games than Munster in European rugby’s flagship competition, and when the men in red enter the field of battle at Thomond Park on Saturday, they will do so for the 160th time – KO 5.30pm.

No other team has played more games than Munster in European rugby’s flagship competition, and when the men in red enter the field of battle at Thomond Park on Saturday, they will do so for the 160th time – KO 5.30pm.

It’s fitting this weekend that the man who made more appearances and scored more points than any other in Munster’s rich European history, Ronan O’Gara, makes another return to Thomond Park, a ground he simply described as ‘like no other’.  Across 16 European season’s the playmaker made 110 appearances and scored an unrivalled 1,365 points.  His nearest rival, Stephen Jones of Wales, finished his career trailing O’Gara by a “mere” 496 points.

And while ‘ROG’ was warmly welcomed home by the Thomond Park faithful last season, there was no room for sentiment on the field of play.  A new look Munster, with Tyler Bleyendaal pulling the strings in the jersey O’Gara made his own for so long, had a job to do – beat the Parisians to secure a ninth home quarter final, their first in three seasons.  That they did in style – Simon Zebo and Ronan O’Mahony crossing either side of the half-time whistle before Ian Keatley’s touchdown sealed a 22-10 win.

Munster fans had hoped to welcome another of their beloved sons back to Thomond Park this weekend.  A veteran of ten European campaigns with Munster, last season was arguably Donnacha Ryan’s finest.  Summing up his time in Munster as ‘a massive part of my life, an emotional rollercoaster but the best experience I’ll ever have’, ever the competitor Ryan would have loved nothing more than another run out on Limerick soil, against a side he calls ‘passionate with the most ferocious work ethic’.  Alas, injury put paid to such a battle this weekend, a neck hernia keeping the Tipperary man sidelined until the end of November.

Yet Head Coaches Laurent Labit and Laurent Travers can at least call on Ryan’s insider knowledge of the Munster pack, in much the same way that Rassie Erasmus can pick the brains of former Racing men James Hart and Gerbrandt Grobler.

Somewhat of a mixed bag in the Top 14 to date, Racing have lost four and won three, but bounced back from three consecutive defeats to Clermont, Lyon and La Rochelle with an opening round win in Europe last weekend – coming from behind to defeat Leicester Tigers 22-18, and that without the services of one Dan Carter who missed the game with a calf injury.

Other household names among the French side include Argentinian fullback Juan Imhoff and French hooker Dimitri Szarzewski, as well as a few who have broken Munster harts down the years, namely Joe Rokocoko whose late try denied Munster another famous win over the All Blacks at Thomond Park in 2008, and Leone Nakarawa who, literally, stood head and shoulders above everyone as Glasgow handed Munster a 31-13 drubbing in the 2015 PRO12 Final.

In total the sides have met four times, Racing talking the spoils just once – in their first ever meeting at the Stade de France in October 2012.  Having lost their last four away games, the 2016 finalists head for Thomond Park hoping to end their worst run on the road in Europe.  However history suggests they may face an uphill battle given Munster have won 28 of their last 30 pool matches in Limerick.

And there will be no shortage of motivation in the Munster camp.  A big performance for home fans aside, last weekend’s draw in Castres makes a win all the more important if Munster are to progress from Pool 4.  Incidentally, the last time they drew a European fixture was in October 1998 against Neath. 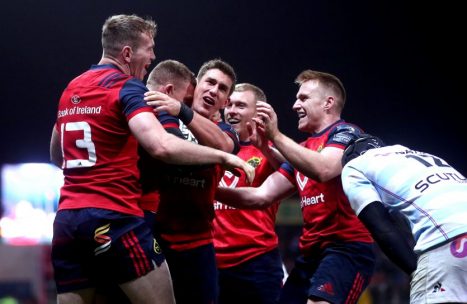 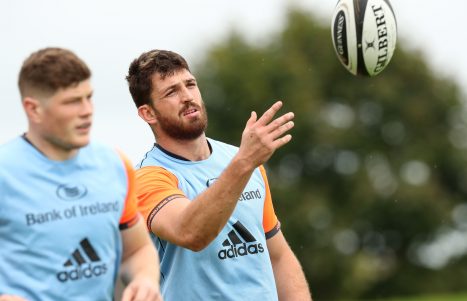 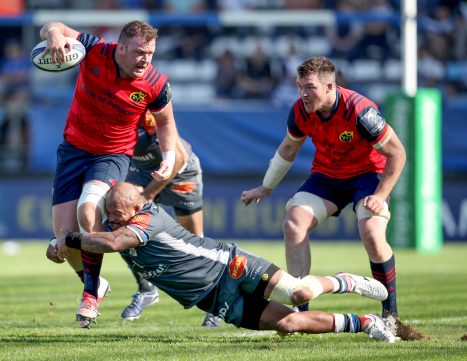 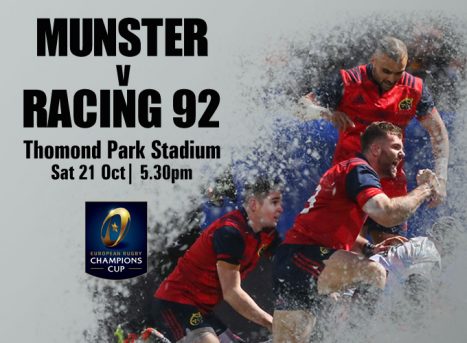 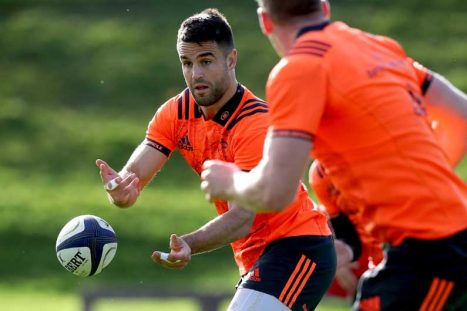