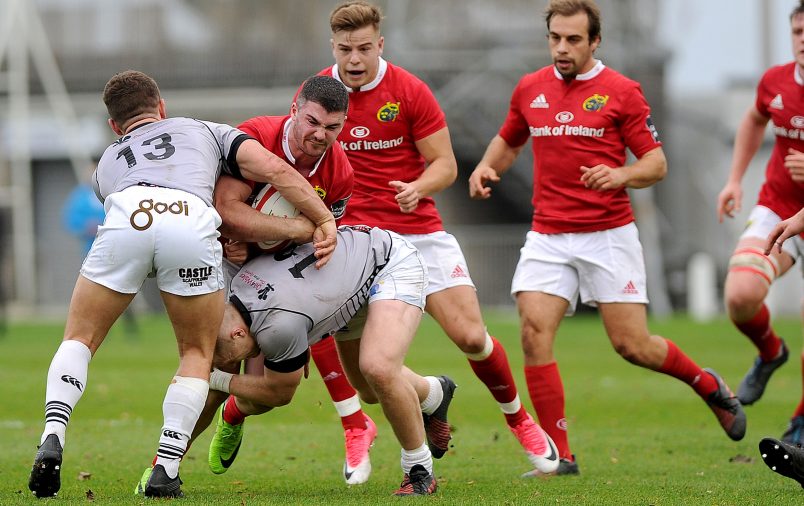 Sam Arnold on the attack on Saturday. ©INPHO/Ashley Crowden

Catch all the action as Munster A opened the defence of their British & Irish Cup title with a 24-6 win over Ospreys Premiership Select in Swansea on Saturday.

Catch all the action as Munster A opened the defence of their British & Irish Cup title with a 24-6 win over Ospreys Premiership Select in Swansea on Saturday.

Munster A Come To Cork This Friday!

This season Munster A will play all their home pool games under Friday Night Lights at Irish Independent Park, Cork at 7.45pm.

Their first home game will play host to a number of familiar faces when former Munster Assistant Coach Ian Costello brings his Nottingham side to Cork this Friday October 20th. Greencore Munster Academy graduates Shane Buckley, Rory Burke and Gearoid Lyons are among those now playing for the Championship side.

Tickets can be purchased online here, from the Munster Rugby Ticket Offices at Irish Independent Park and Thomond Park, or at the ground on match night.