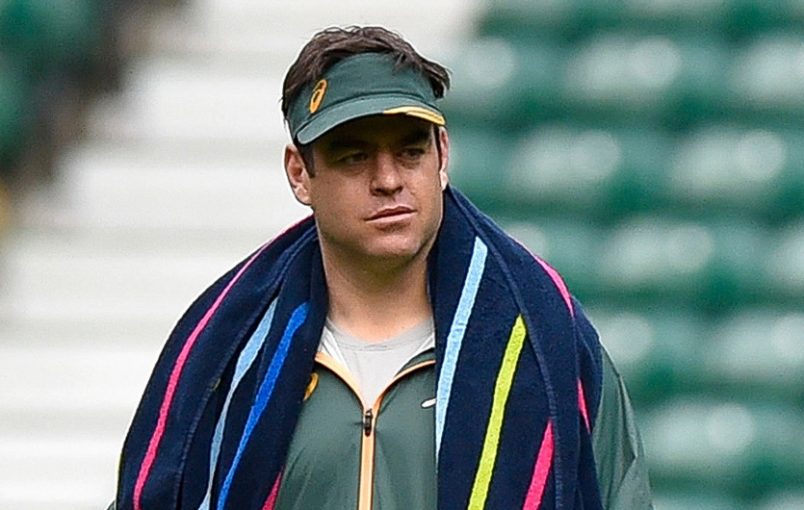 Munster Rugby and the IRFU are pleased to confirm that Johann van Graan will join the province in November, having signed a contract as Head Coach until June 2020.

Munster Rugby and the IRFU are pleased to confirm that Johann van Graan will join the province in November, having signed a contract as Head Coach until June 2020.

Van Graan joins the province from his role as Springboks forward coach, where he played a key role in developing the forwards and attack for the 2015 Rugby World Cup, when South Africa collected the bronze medal.

In 2009 and 2010 he secured Super Rugby honours with the Bulls, as forwards and attack coach.

Commenting on the appointment Munster Rugby CEO Garrett Fitzgerald said: “After a worldwide search we are delighted to secure Johann van Graan as Munster Head Coach.

“Rugby was the focal point of this process and in Johann we are getting a recognised rugby intellectual with a proven track record and extensive experience working with a national side.

“An analyst of the game, his technical ability and interpersonal skills have made him an integral member of the South African rugby landscape for over a decade, and it is now time for an ambitious Johann to make an impact in a new rugby environment.

“We know Johann, with forwards coach Jerry Flannery and backline and attack coach, Felix Jones, will continue to establish the structures and processes required to bring this Munster team forward in terms of growth and success.”

IRFU Performance Director, David Nucifora said: “Johann is an exciting addition to our coaching team and we are delighted to welcome him to Irish rugby.  His track record with the Springboks and the Bulls, in Super Rugby, is impressive and we are confident he will use this experience, and more, to continue the progress in Munster Rugby.”

Speaking about his new role Johann van Graan said: “I am immensely excited and honoured to join Munster and to be part of a Club with a unique ethos and history dating back 138 years to 1879. Some of the words I associate with Munster Rugby are passion, excellence, ambition and integrity, and I feel very fortunate to be handed this opportunity. I am looking forward to working with the Munster players, support staff and supporters on this new journey, and to become part of their community.”

This appointment has resulted in the restructuring of the coaching ticket, with Johann taking on the same responsibilities as Rassie Erasmus.  Johann will work alongside Rassie subject to obtaining a work permit, which the province hopes will be attained by mid-November, to ensure a seamless transition.