Murray Makes History Against All Blacks 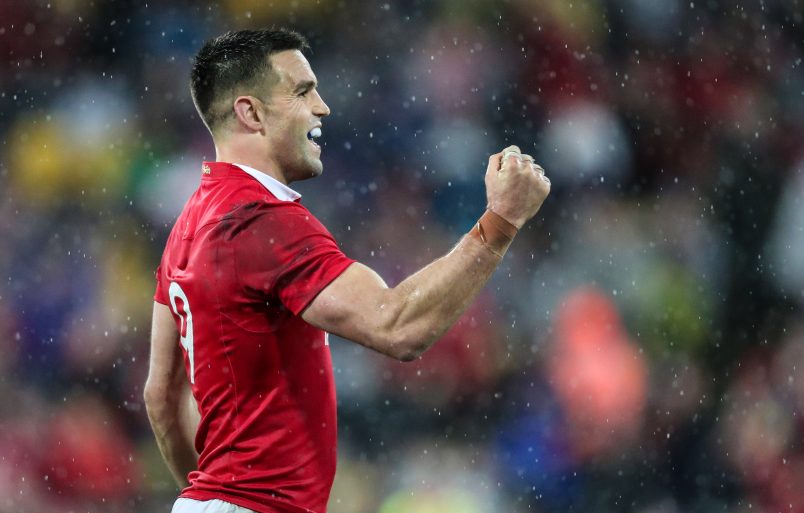 Following on from his try-scoring role in Ireland’s first ever win over the All Blacks in November, last Saturday’s Lions win saw Conor Murray create even more history against the New Zealanders.

Much like his effort in Chicago where Ireland ended a 111 year wait to beat the All Blacks, with 68 minutes on the clock in Wellington, Murray sniped around the fringes for what would be the levelling score – Owen Farrell later adding a 77th minute penalty to guarantee victory and set up a Series decider back at Eden Park next Saturday morning.

He may not have realised it at the time, but in touching down, the scrum half became the first northern hemisphere player to score four international tries against the Kiwis.  And with such a rich and well-documented history between Munster, the All Blacks and more recently the Maori All Blacks, it’s fitting that such an honour should fall on a native of the southern province.

Saturday no doubt evoked a sense of deja-vu for the New Zealanders – Murray making somewhat of a habit of exploiting the All Blacks’ fringe defence.

The Garryowen clubman did so in Christchurch in 2012 – his first international try – on a night where a late Dan Carter penalty was all that denied Declan Kidney’s men a first ever draw over the newly crowned world champions.

In 2014 he did so again, opening up the scoring as Ireland raced into a 19-0 lead after just 20 minutes at the Aviva Stadium.  However unanswered tries from Julian Savea, Ben Franks, an 82nd minute touchdown from Ryan Crotty and Aaron Cruden’s crucial conversion saw the All Blacks ‘Escape from Alcatraz’ and leave Dublin with a two-point win.

Hard as they might have been to take, such heart-breaking losses will have made Murray’s close range tries in Chicago and Wellington all the sweeter.  Yet the Garryowen clubman and his pride of Lions didn’t have much time to savour their first win over the All Blacks since 1993, with the focus now switching to Saturday’s Series decider.

Steve Hansen’s men will look to fortify the fringes and quell the threat of Murray, on that front at least, and atone for their first home loss in eight years and 48 Tests.

The Lions for their part are in search of a first Series win in New Zealand since 1971, a task far easier said than done, with Murray expecting a massive backlash from the hosts.

“They are going to be hurting, aren’t they? They will have a response, they will be hurting and they are at home in Eden Park. It’s going to be a massive challenge.

“We will enjoy this and appreciate what we’ve done, but everyone is looking forward to beginning work and getting as well prepared for next week in trying to take an opportunity. It’s a great place to be in.

“Not many people get to be in this position. We are going to do our best to take it.”

The British and Irish Lions face the All Blacks at 8.35am (Irish) on Saturday morning.

? 4 Test tries against @AllBlacks, a record for a northern hemisphere player