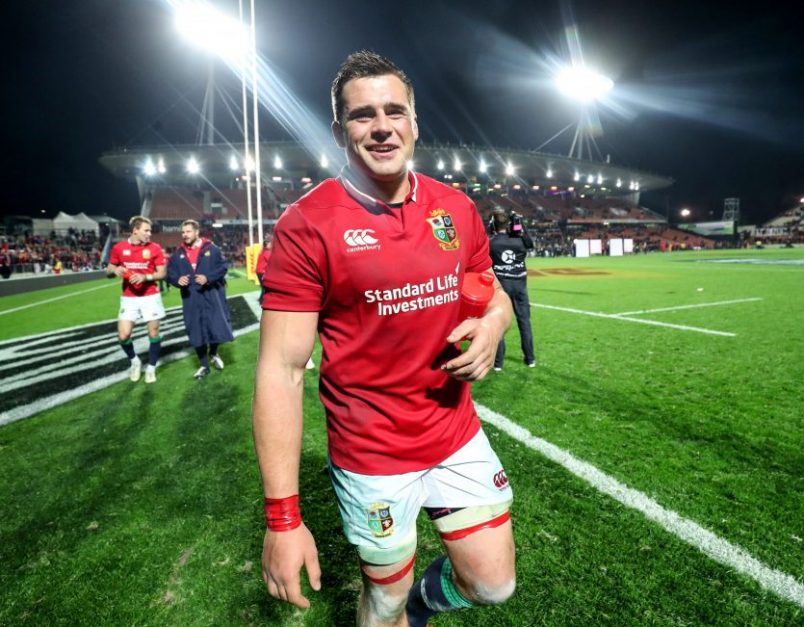 In making five appearances to date on his first Lions Tour, including four starts against the Auckland Blues, Highlanders, Chiefs and the Hurricanes, CJ Stander has now been named in his first Test squad and is in line to face the All Blacks this Saturday at the Westpac Stadium.

Stander has been a tour de force in the breakdown, winning five turnovers in the five games thus far for the Lions, making 54 tackles, and gaining 166 metres with the ball in hand as he continues to show his value in open play.

The Munster-man also dotted down for a try on his debut appearanace against the Auckland Blues.

Sam Warburton has been named to captain the side, replacing Peter O’Mahony in a starting line-up showing three personnel changes from the XV that started the 1st Test.

Maro Itoje comes into the second row for George Kruis, while Johnny Sexton is at fly-half and Owen Farrell shifts to inside centre instead of Ben Te’o.

On the replacements’ bench Courtney Lawes, Jack Nowell and C.J Stander all come into the squad after impressing against the Hurricanes on Tuesday.

Head Coach Warren Gatland said: “We saw Maro’s impact in the 1st Test and he will bring an edge and a physicality, as will Sam Warburton in terms of pressure on the ball.

“It’s tough on Peter O’Mahony who has done a brilliant job for us. We had to look at the bench and we felt that CJ Stander’s ball carrying and defence was the right choice for the bench. You have to make the tough calls and pick what is the right team and the right combinations for a Test match.”

Gatland added: “In terms of the backs we have gone with the Sexton-Farrell combination. Both have played well and it gives us that attacking option in the 10-12 channel. We created opportunities in the 1st Test and there were a few that we didn’t finish.

“There were lots of positives from the 1st Test but we were disappointed that we put ourselves in a position to put the All Blacks under pressure and to get back into the game and we let it slip.

“This is a big chance for these players to go out and show what they are capable of on Saturday night. For the players retained from the first Test it’s an opportunity for them to step up and to show an improvement because individually they were disappointed and you have another group coming in who are also desperate to seize their chance.”