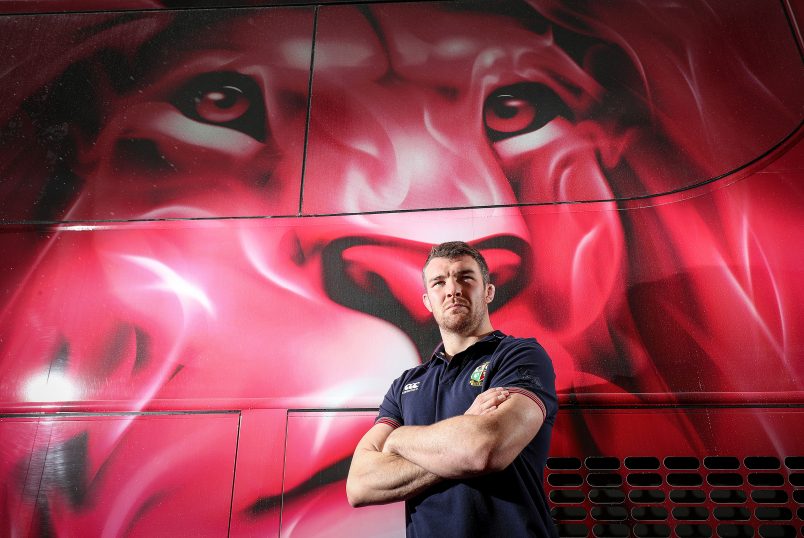 Peter O’Mahony has been speaking following his confirmation as captain for the British and Irish Lions’ opening Test against the All Blacks on Saturday with fans and fellow players alike taking to social media to congratulate the Munster skipper.

O’Mahony’s rugby hero from a young age and his rugby mentor in later years, the late Anthony Foley was foremost in the Cork-man’s thoughts when reflecting on his highest individual accolade to date.

The Lions captain and Foley’s paths first crossed at U19 interprovincial level where the recently retired player turned coach took the then Academy back row under his wing, working with him through the ranks and ultimately as far as senior level with Munster and Ireland.

“Axel’s a rugby man, so he would have told us all ‘play your game, play what you do and what you know’.  He’d have said there’s a reason there’s 45 players here now who have been selected.  So just go out and play the game you know and do what you’re here to do.

“There’s no point in trying to be something you’re not over here.  You’ve been picked for a reason, so if you go out and play as well as you can, no one’s going to fault you for that.”

“You would hope he (Foley) would be proud. It’s been a difficult season, but you try and take as many positives out of it as you can.  The experiences I have had and we’ve all had here, it’s about learning and growing.”

Commenting on the appointment of O’Mahony as his captain, Lions Head Coach Warren Gatland added, “Peter has done a good job and he is chuffed about it.  He’s lucky that he’s got a lot of experience around him. We have been very pleased with the micro chat within the squad with players contributing to the talk, whether it’s been Sean O’Brien, Sam (Warburton) has been excellent, Alun Wyn Jones and George Kruis, Owen Farrell as well, so there’s a lot of leadership within the group.

“There’s not people talking for the sake of it. There’s not white noise. It’s clarity and it’s succinct. Peter has got to concentrate on doing his job which he does well and he will get plenty of support from other players too.”

Meanwhile, thousands took to social media to offer congratulations to the Cork Constitution clubman with ‘Peter O’Mahony, ‘Munster Rugby’ and #832 – his Lions player number – all trending.

Captaining the side from 6, O’Mahony is joined the starting XV by Munster teammate Conor Murray who himself makes his first Test start for the Lions.

Proud is an understatement!! Best of Luck to @peterom6 as he captains the Lions in the 1st test on Saturday! pic.twitter.com/T8kbzaf9o6

What an achievement for @peterom6 .Follows in the footsteps of greats like Johnston,O’Driscoll and O’Connell.
Cork will be rocking on Sat.

What a brilliant achievement for @peterom6 to captain the @lionsofficial this weekend.

An incredible achievement for @peterom6 to be named Lions Captain against the All Blacks for the First Test, congratulations from all at PBC pic.twitter.com/mlgynl378B

Very true Fearg…Coming up through the ranks together from their academy days & all very proud #MunsterStartsHere pic.twitter.com/vUdKCmI6Kx