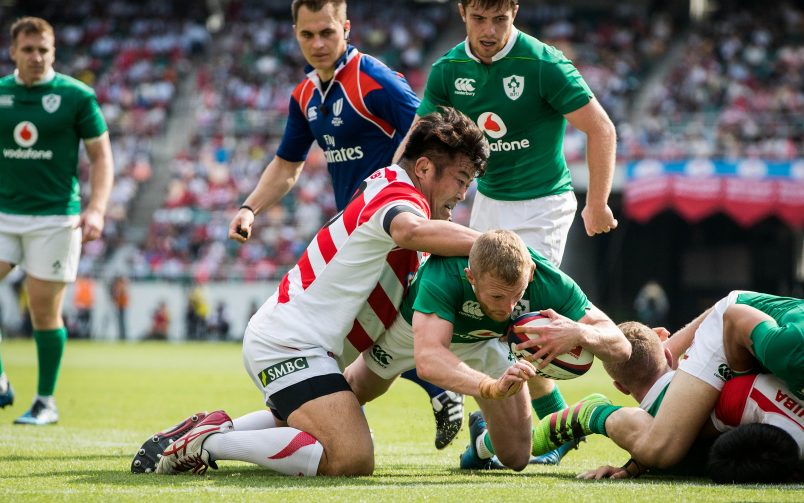 Not content with just one Irish record – Ireland’s leading World Cup try scorer – Keith Earls is rounding off of the 2016/17 season with gusto, bagging back-to-back braces against the USA and Japan and setting a new Irish record for tries scored in a season.

In fact, Earls has scored a total of three braces for the season, dotting down twice against the Italians in the 6 Nations, while previous to that the winger evaded the Scottish, Australian and Canadian defences with a try apiece in each game.

His tally of nine tries to date this season overtakes Denis Hickie’s record of eight from 2002/03.

Since first donning the green jersey in an apt try-scoring debut against Canada in November 2008, Earls has scored a total of 26 tries for his country at senior level.

The Limerick native is one of eight Munster players on Ireland’s Summer Tour to the USA and Japan, a trip that culminates in the second Test against the Japanese at the Ajinomoto Stadium on Saturday – ko 6.40am (Irish).

Take a look at all nine tries…