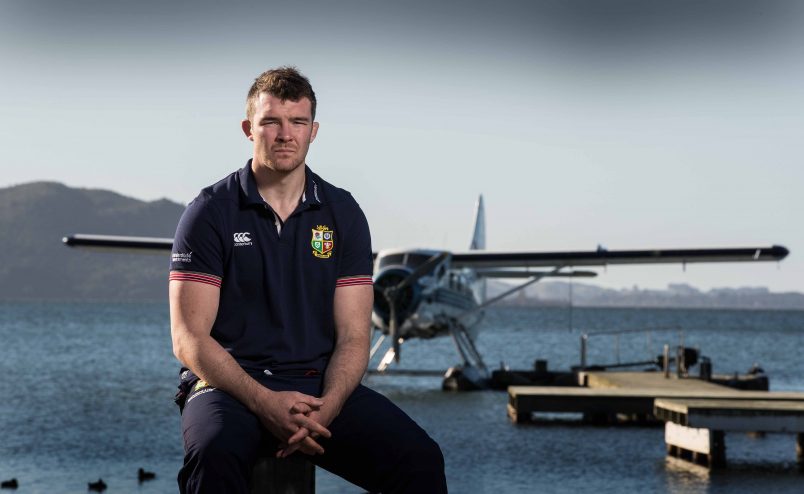 British and Irish Lions Head Coach Warren Gatland has this evening confirmed Munster’s Peter O’Mahony as his captain for the opening Test against the All Blacks at Eden Park on Saturday morning at 8.35am.

O’Mahony is one of two Munster players named in the starting XV with Conor Murray set to make his third Test appearance for the Lions at scrum half.

No stranger to the role of leader in his rise through the ranks, O’Mahony has captained PBC, Ireland U18, Ireland U20, Munster and Ireland, and skippered the Lions to an impressive win over the Maori All Blacks in Rotorua last weekend.

In captaining the Lions, he joined an impressive list of Cork Constitution clubmen to have done so, including Ronan O’Gara, Donncha O’Callaghan, Donal Lenihan, Noel Murphy and Tom Kiernan, although just O’Mahony and Kiernan will have done so in a Test.

Commenting on tonight’s announcement, Gatland said, “We have picked a side based on form with a lot of players putting their hands up, especially from the Crusaders and Maori All Blacks games, and it was a lively selection meeting.

“The win against the Chiefs was also extremely important for the squad and some players played themselves into the side.

“We have continuously been strong at set piece and have been good defensively in the last two or three outings. But to beat the All Blacks you have to be courageous and play some rugby – you have to score tries and I think we have picked a team capable of doing that.”