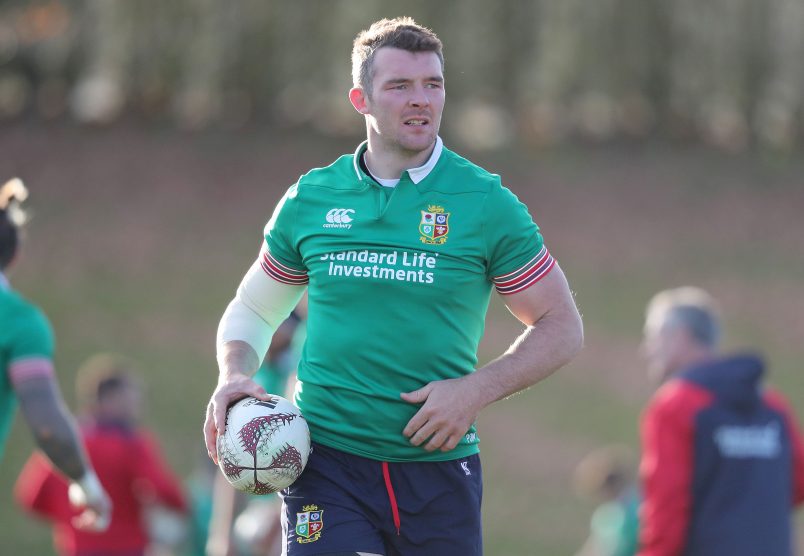 British and Irish Lions Head Coach Warren Gatland has been speaking ahead of tomorrow morning’s clash with the Maori All Blacks in Rotorua, saying he hopes captain Peter O’Mahony can harness some of the mongrel-like tenacity for which Munster is famous.

The All Blacks in 1978, Australia in 2010, countless unforgettable European triumphs and, perhaps most fittingly of all, victory over the Maori All Blacks last November – Munster are no strangers to turning the form book on its head.

Making the journey on occasion to witness first-hand what he describes as the ‘Munster mongrel’ in full flow, Gatland knows O’Mahony is the embodiment of the province’s never say die attitude and is hoping he can bring it into what many are calling the ‘4th Test’.

“It’s not something you can quantify about what Munster brings to a game.  I’ve been there so many times and watched them play, it’s a special sort of pride.

“To dig deep and bring things and performances from places where a lot of players individually and teams collectively can’t go – that’s what you’re looking for.”

“It’s a huge honour”, said O’Mahony who was also quick to recognise all those that played a part in his career to date, “To get the nod from Warren this weekend is hugely special, not just me but for all the clubs, people and family who have put effort into me.”

A knee injury sustained in Ireland’s heroic win over France at the 2015 Rugby World Cup kept the Munster captain sidelined for just shy of a year.  Sorely missed by Munster during his absence, his on-field leadership was crucial to the province’s resurgence this season.

The 27-year-old might only have played 29 minutes across the first four rounds of this year’s 6 Nations, but the St Patrick’s weekend finale was a watershed moment – O’Mahony’s man-of-the-match performance announcing to Gatland and the rugby world that he was back to his disruptive best and very much a contender for Lions selection.

Now, with two Lions appearances under his belt, the Cork Con clubman is set to lead the most famous touring side in rugby.

Aptly, O’Mahony is joined in the starting XV by fellow Munster-man Conor Murray, a player he has captained at various levels since age-grade representation.  And while the Munster duo will take inspiration from what their provincial teammates achieved last November, the sternest of tasks still awaits on Rotorua as the Lions go in search of winning momentum following Tuesday’s loss to the Highlanders.

O’Mahony added, “I think that’s what the tour is all about – taking your lessons, taking your positives and building on them, trying to put them into a bigger performance.

“First and foremost we need a performance, whatever comes after that comes but you need guys stepping up, you know you’re coming into big weeks now.

“You’ve got to do it [the shirt] justice not just for yourself but for everyone.”

The Lions face the Maori All Blacks at 8.35am tomorrow morning.