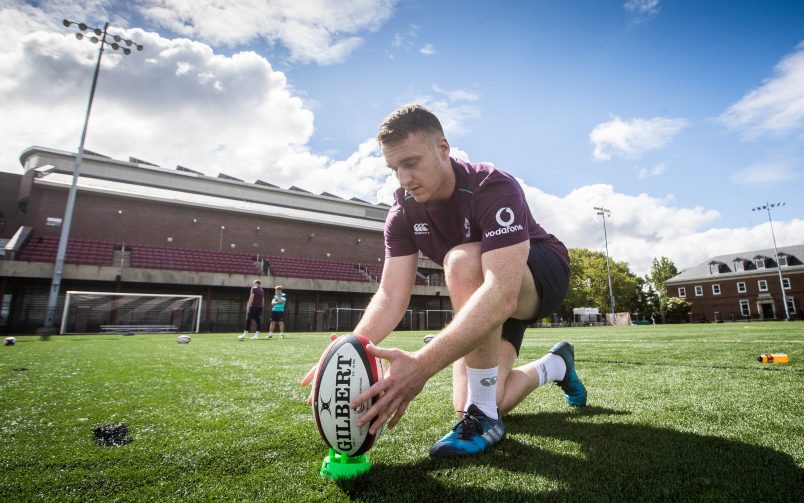 The 23-year-old’s consistency and versatility for his native province was initially rewarded with inclusion in the wider 6 Nations squad earlier this season, with Scannell now named in his first matchday 23 where he will provide Joe Schmidt with options at both out half and centre.

Connacht’s Dave Heffernan and the Leinster duo of Andrew Porter and James Ryan join the Munsterman on the bench as prospective debutants this weekend.  Ulster’s Jacob Stockdale will win his first cap on the left wing.

One man in close proximity to the rise of Scannell has been his Munster teammate Keith Earls.  Now among the older and wiser contingent of the Irish side, when meeting with media this week, Earls reflected on the emerging talent coming through the Irish ranks.

“The biggest issue I had when I was younger was trying to be like so many other players rather than myself. The last couple of years I’ve figured out who I am and what I want to do.

“A lot of these younger lads now they know what they want, which is great. I would have been looking at someone like Doug Howlett when he first came over, or Jean de Villiers.

“The new guys now don’t fear it as much as we did. For a few of us growing up, ten years ago, it was tough love off the older fellas and that seems to be gone a bit now. It’s a lot more relaxed now. The younger fellas know what’s expected of them now, which is great.”

Scannell, his brother Niall and Earls are three of six Munster players set to line out against the Eagles on Saturday, alongside Dave Kilcoyne, John Ryan – making his first start – and Simon Zebo.

And the provincial links don’t end with Ireland as Corkmen John Quill and Paddy Ryan are both named in the Eagles side.  Originally from Youghal and a former Dolphin player, Quill starts at 6. Ryan, who is named among the replacements, is a brother of past Munster players Timmy and Dave.  First taking to the field with his local Highfield, the prop now plays with Newcastle Falcons.