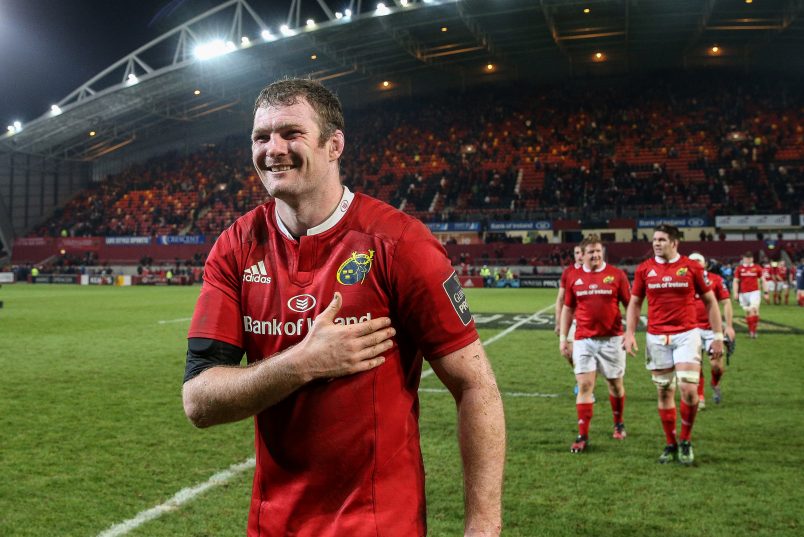 Donnacha Ryan is set to line out in the red jersey at Thomond Park for the final time tomorrow. ©INPHO/Gary Carr

Asked to sum up his time with Munster, Donnacha Ryan pauses – how can you put the last 13 years of your life into words?

Asked to sum up his time with Munster, Donnacha Ryan pauses – how can you put the last 13 years of your life into words?

For his entire adult life, Ryan has been ensconced in his home province but is set to leave in the summer.

Since making his debut as a 20-year-old, astonishingly a mere three years after taking up the sport, Ryan has lived and breathed Munster Rugby.

A proud Tipperary man who first played rugby as a skinny teenager trying to bulk up and earn selection to his county’s Minor hurling team, Ryan grew into a man mountain for Munster and Ireland.

From making his debut as a raw 20-year-old in a golden era, Ryan has come full circle to be among the senior players in a team looking to stamp their own mark and he has huge admiration for his team-mates.

“I’m fortunate in that I looked up to the older group of players when I came into the team, they’re your heroes,” says Ryan.

“And now I’m the older guy and they are like young heroes of mine. You look at them and it is great to be able to see this group of guys come together and create their own history. At the same time, they realise how fortunate they are to be in the position they are in and have a ferocious work ethic.

“Munster haven’t been to a European final in a long, long time and it just shows that even getting to a semi-final was a fantastic achievement for this group of players.

“It is important for guys to enjoy the accomplishment. And from where we were at the end of last season to where we are now is a fantastic transformation.

“It was very frustrating not enjoying as much success in recent years and it wasn’t for the lack of trying. It just goes to show that the previous team set a massive standard.”

Bittersweet, then, that Ryan bids farewell as he is playing, arguably, the finest rugby of his career for province and country.

The affable Nenagh native has made an indelible impact on Munster Rugby and there is still more to come with a Guinness PRO12 final up for grabs.

Saracens stopped Munster’s European journey in the Champions Cup semi-final and, quite aptly, it was a Saracens v Munster clash that inspired Ryan to pick up the oval ball as Munster came from behind to win a thriller 35-34 at Vicarage Road in November 1999.

“It was captivating, it was cliffhanger stuff watching the game,” Ryan recalls. “You see a game like that and you want to play. I had never really watched rugby before or understood the rules or anything but more or less the next day I got stuck in and started playing.

“I more or less fell into rugby, I was trying to get big to get onto the Tipp Minor hurling team and basically was told, ‘maybe you should go and play rugby’, because I was a bit skinny. Fortunately enough I had some fantastic mentors and people who helped me along the way and one man in particular who I am still in very close contact with, Pat Whelan from Nenagh. He coaches a lot of the Munster Youth players even today and he has been very helpful to me over all the years. He got me to that level at an early stage because of his fantastic coaching, along with help from other people. I was very fortunate too in that my parents were very supportive driving me all over the place. They would pick me up when I had bad days and help me along when I had good days, it was great.”

Within months of joining Nenagh Ormond, Ryan had been drafted into the Munster Youth setup where a visit from a future team-mate inspired the teenager.

“Alan Quinlan came to speak to the Munster Youths in Clanwilliam one night, what I found fantastic about the whole thing was that you had seen this guy on TV playing for Ireland and playing for Munster and he was literally five feet away telling you the story of how he got to where he was.

“There was nothing flash, no unique lightning bolt of how he became a Munster player; it was purely on the basis of hard work and to keep giving as much as you can on a daily basis. It gave me a massive incentive to say, ‘jeez, if this guy can do it, why can’t I?’.

Within three years, Ryan had made his Munster debut. In 2008, he helped Munster to a second Heineken Cup title at a time when it seemed the Munster dominance would never end.

The medal didn’t mean a huge amount to an ambitious Ryan at the time as he was targeting more silverware but it is an achievement that he appreciates a bit more as the years have gone by.

“Now that I’ve got older, it does mean an awful lot to me because they are so rare to have. It has been nine years since we were in a final and it’s very difficult to come by. I played a few games that year in the Heineken Cup and to be part of that day was special.”

The first of his 47 Ireland caps followed against Argentina at Croke Park in November 2008 and Ryan eventually pinned down a starting place in the Munster team, earning the Player of the Year award in the 2011/12 season.

It hasn’t all been plain sailing though as a year-long battle with a foot injury between 2014 and 2015 ruling Ryan out for what was a very frustrating year.

“I had actually forgotten what it was like not to have a pain in my foot, I developed chronic pain,” he explains.

“I was fortunate enough that the surgery went well, they had to take the bone out of my foot and the medical staff at Munster were very, very good and I’m very grateful for that. It gives me massive perspective and when you’re out of the mix for that length of time, you think playing for Munster is absolutely fantastic and you appreciate it every time you do put on the jersey.”

Saturday will be the final time for Ryan to wear the red of Munster in Thomond Park but his influence will live on long after he departs as he passes on his experience to the next generation.

“Something I am grateful for over the years having played with some fantastic players is that I have inherited an awful lot of experience and knowledge from them. I enjoy helping other guys and relaying that information I would have been given to younger players. It’s important when you reach the twilight of your career that you’re helping the other young players in Munster develop and try to fast track them into higher performances so they can perform better for Munster.

“That’s the whole beauty about Munster is that you have young guys who are from Munster and live in Munster, and we have fantastically talented guys. We rely heavily on our young, developing players and it’s important to make sure that they have the knowledge as quickly as possible so they’re up to speed and they can compete against the top teams in Europe.”

So, as his time with Munster comes closer to an end, how can he sum up those 13 years?

“It has been a massive part of my life…an emotional rollercoaster but the best experience I’ll ever have,” Ryan says.

“You live it every day, from when you wake up in the morning to go to training until you go to bed at night. You walk around town in Tipperary or Limerick or Cork…your family are all part of it, your parents, it’s not just the team on the pitch that are together. It’s players’ parents together up in the stand, they have their own team and they feel every tackle. It’s a massive family and it’s something that I have really enjoyed and I am very grateful to have had the opportunity. I loved every minute of it.”

13 years summed up quite nicely. 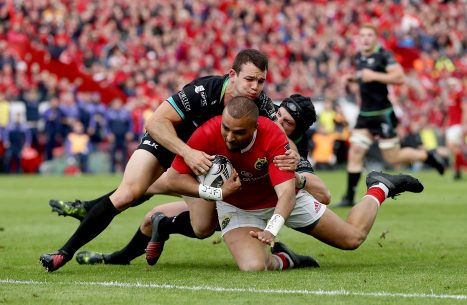 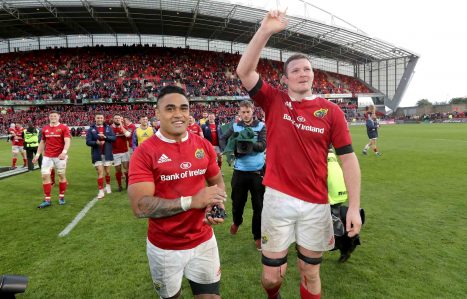 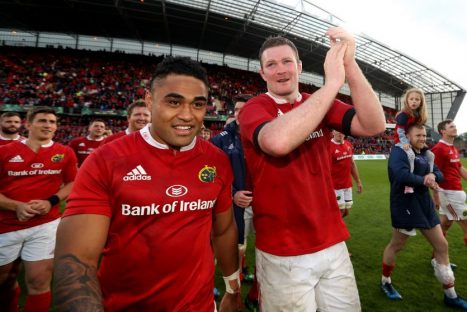 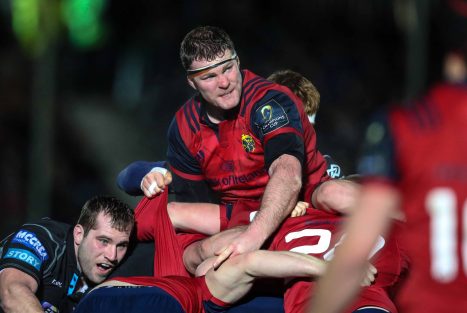 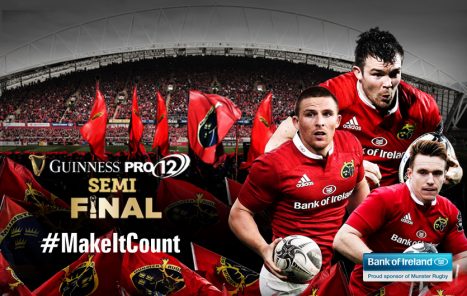 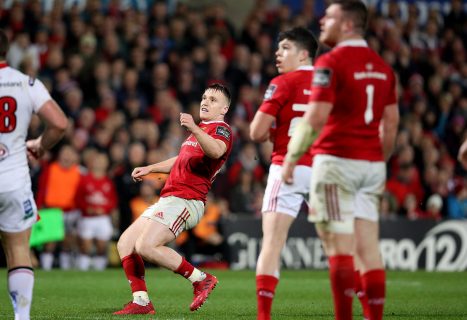 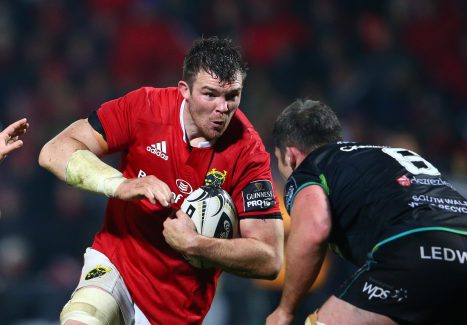 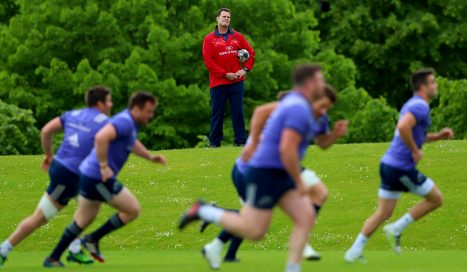 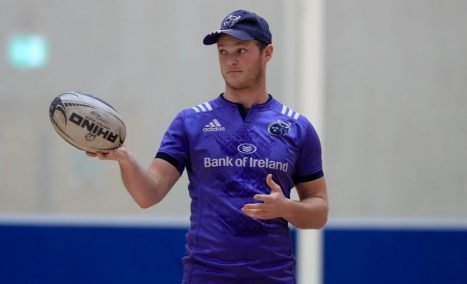