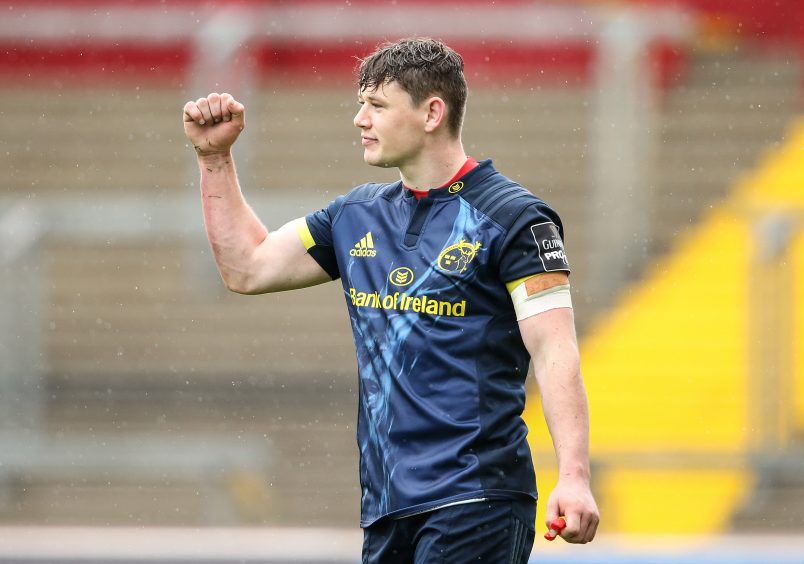 A Munster Development side this afternoon recorded a hard fought 15-10 win over Ireland U20 at Thomond Park.

As Ireland U20 continue their build up to the Word Rugby U20 Championship in Georgia next month a number of Munster representatives lined out against the provincial colleagues, while one addition to the largely emerging Munster side saw Leinster’s James Ryan start in the second row – the provinces working together as the lock sought some game time post injury.

Munster dominated all of the early possession and held the upper hand at set piece with a number of lineout steals and excellent yardage through the phases.

Last ditch defence from Ireland kept Colm Mahon’s young charges at bay in their initial visits to the opposition 22 but there would be no stopping academy prop Liam O’Connor as he barged over on 15 minutes after clinical work from Munster in the maul and phases.  Young’s Munster’s Alan Tynan slotted the conversion.

Just over five minutes later and Ireland were off the mark after an excellent solo break from the Munster sub-academy’s Colm Hogan.  Hitting the gap from well inside his own half, the fullback jinked beautifully inside and outside the cover defence, and by the time the tackle came, the Trinity man’s momentum was enough to carry him over the line.  Another Munster sub-academy representative, Conor Fitzgerald, pushed the conversion to the left.

By the half-hour mark Munster had restored their advantage with continued dominance in the maul – Shannon’s Adam Moloney touching down off a textbook drive with Tynan sending this conversion off to the right.

Garryowen’s Dave McCarthy and O’Connor were unlucky not to extend the host’s lead after crossing the tryline before the interval – the former held up and the latter knocking on – and Munster headed for the dressing room leading 12-5.

The Munstermen looked to have made the dream start upon the resumption, Cork Constitution’s Ross O’Neill capitalising on an Irish knock on and crossing at close range.  However referee Robert O’Sullivan refused Munster the advantage and the chance went a begging when they conceded a penalty off the subsequent scrum.

Instead it was Ireland who drew first blood in the second 40, giving the province a taste of their own medicine via the maul, Cormac Daly touching down, and Conor Dean’s missed conversion meant Munster led by just two points approaching the final quarter.

Applying most of the pressure, Munster’s efforts were rewarded when Tynan slotted a long range penalty and when Ireland eventually managed to get a foothold in opposition territory, turnovers in the lineout, on the ground and at maul time were the order of the day as Munster held on for a deserved 15-10 win.