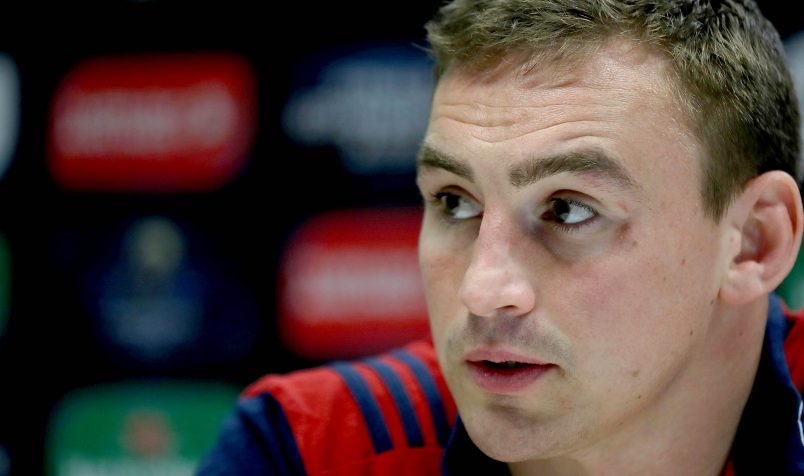 Munster may face the sternest of tests on Saturday, but as proven time and time again this season, if any side is capable of turning the form guide on its head, it’s the men in red.

The reigning Champions Cup and Premiership champions, and as of yesterday, the club with the largest Lions representation, Saracens travel to Dublin as the form side in Europe and primed to contest their fifth consecutive semi final – equalling Munster’s tournament record between 2000 and 2004.

Lions; Owen Farrell, Jamie George, George Kruis, Maro Itoje and the Vunipola brothers are all fit to play, and that’s before one accounts for their further embarrassment of riches including the vastly experienced Marcelo Bosch, in line for his 50th European appearance on Saturday, and Chris Ashton who needs just one more try to become the outright top try scorer in European Cup history.

While this weekend’s visitors have set the standard of late, there’s no questioning the European pedigree of Munster who will play their 158th Champions Cup game on Saturday, the most of any club, and a record 12th semi final.

Munster know first-hand the challenge that awaits them.  A barren couple of European seasons – by their standards – saw the Munstermen miss the knock out stages for two years running and it was none other than Saracens who unceremoniously dumped them out at the pool stage in 2015 with a 33-10 thumping at Allianz Park.   Much has changed this season however, and no less than 16 of the matchday 23 involved that day remain part of a resurgent Munster side that defied the odds in topping Pool 1 and qualifying for the knock-outs as the competition’s second seeds.  What better way to mark your return to the top table of Europe than avenging the events of 2015?

Little separates the sides as they head for the Aviva.  Both will look to poke holes in what are the two best defences in the competition, Farrell and Tyler Bleyendaal are the top scorers to date with 97 and 94 points respectively, and both carry strong winning momentum into this Saturday’s showdown – Munster booking their place in the PRO12 semis with a hard fought win over Ulster and Saracens keeping their Premiership title hopes very much alive, coming from behind to snatch a 25-27 win from Northampton.

In terms of the history books, of the six semi-finals involving Premiership and PRO12 clubs, the Premiership leads the way with five wins.  However, just fifteen of the 42 semi-final matches have been won by the away club – a 36% success rate.  The Aviva Stadium – also in its previous incarnation as Lansdowne Road – will be staging a European Cup semi final for the seventh time. On the one occasion in 2004 that a Premiership club featured in a semi at IRFU headquarters, Wasps defeated Munster 37-32, a scoreline which still holds the record for the most points scored in a last-four match in the tournament.

With a #RedWave of over 50,000 Munster fans set to flood the Aviva on Saturday, Saracens Director of rugby Mark McCall is preparing his men for the most intimidating of atmospheres.

“I think the players do know what’s coming and what they are walking into and I think they are looking forward to it to be honest.

“It is going to be difficult at times and we know there will be times in the match when we are under pressure and they’ve got all the momentum and we have got to show our experience in those moments, we’ve got to be resilient.

Tommy O’Donnell discusses the game from a Munster perspective and more particularly the back row threats.

“They have it all.  They have a line-out operator as a 6. They have a groundhog, ball-carrying 7 and an incredibly talented ball carrying number 8. They are a quality side with a very balanced back-row, two very good second-rows and very, very mobile props and hooker.”