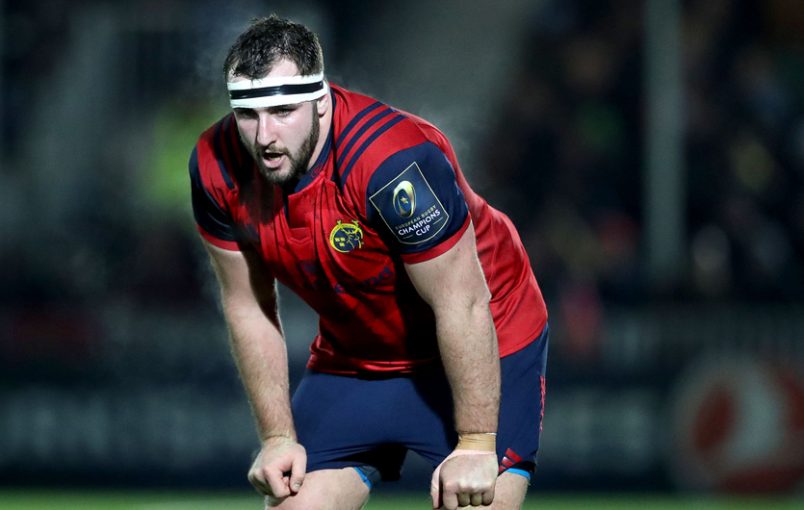 James Cronin is back in full training this week. ©INPHO/Dan Sheridan

Fresh from making his Ireland debut on Saturday at the Aviva Stadium, Andrew Conway joined returning internationals John Ryan and Niall Scannell in UL this afternoon, while man of the match Peter O’Mahony is expected to link up with the squad later in the week.

Simon Zebo, Donnacha Ryan, CJ Stander, Conor Murray and Keith Earls will all enjoy a down week of rest and recovery, with Murray and Earls looking to come back from respective shoulder and shin knocks.

On a positive note James Cronin (finger) and Alex Wootton (shoulder) will take part in full training this week.

Jean Kleyn’s rehabilitation for a neck injury saw the South African lock undergo surgery in Dublin last week, while Dave Foley will undergo surgery on his wrist this Wednesday.

With both players not available for the remainder of the season, latest short-term signing, lock Jean Deysel, is expected to arrive in Limerick this Wednesday.

A total of eight Munster players lined out in green at the Aviva Stadium on Saturday, while the night previous in Donnybrook, a further nine representatives took to the field for Ireland U20 in their narrow defeat to the English.