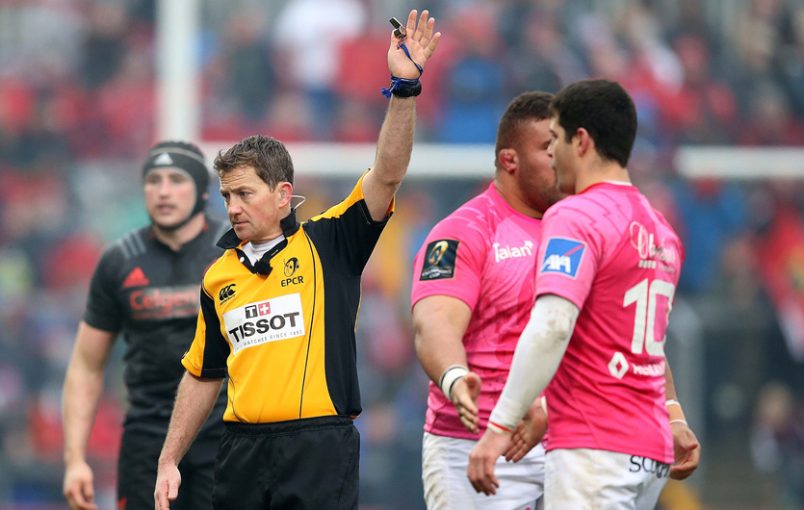 The referee appointments for the Champions Cup quarter-finals were announced today following the meeting of a selection committee chaired by EPCR’s Head of Match Officials, Joel Jutge.

England’s JP Doyle will take charge of the Thomond Park showdown where former champions Munster and Toulouse go head-to-head.  The game is a repeat of the 2014 quarter final and both sides lead the way in reaching the knock-out stages of the competition on 16 occasions.  Munster face Toulouse at 5.45pm on Saturday April 1st.

Earlier that day, the Champions Cup knockout stages will commence at Dublin’s Aviva Stadium where Nigel Owens of Wales will take charge of Leinster and Wasps at 3.15pm.

On Sunday, April 2nd, France’s Jerome Garces will be in the middle for the meeting of holders Saracens and knockout first-timers Glasgow Warriors at 1pm.

Finally, Wayne Barnes of England has been appointed for the all-TOP 14 confrontation between number one seeds ASM Clermont Auvergne and RC Toulon at Stade Marcel-Michelin at 4.15pm.