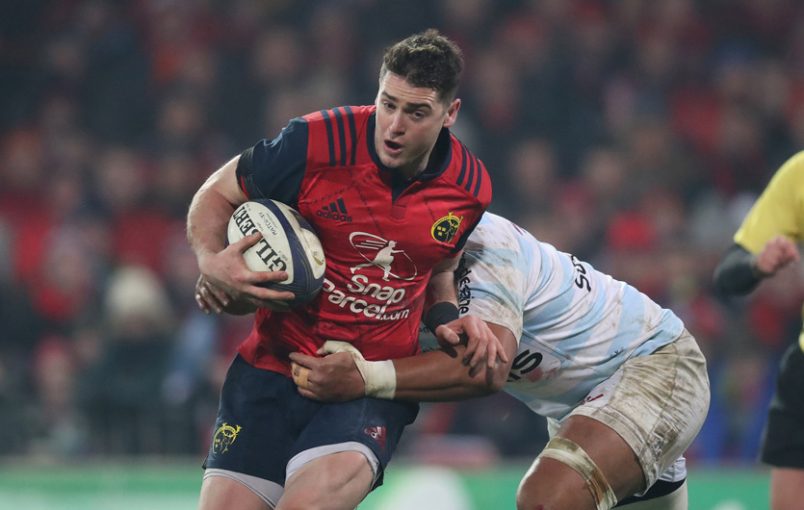 The contract extensions will see O’Donoghue, O’Mahony and Wootton remain with the province until at least June 2019 with all three products of the Greencore Munster Rugby Academy.

In just his second season with the senior squad, O’Donoghue has already won over 50 caps for his native province,
reaching the half century milestone in January’s win over Connacht at the Sportsground.

Needing just two more tries to reach 100 points scored in the red jersey, O’Mahony leads the way as Munster’s leading try scorer this season, crossing the whitewash on no less than nine occasions in twenty appearances.

Progressing from the academy ranks last summer, Wootton has shown much promise when taking to the field in this season’s PRO12. The speedster has made six competitive appearances to date, including his first start against Zebre in October and his first try against Treviso in November. The 22-year-old is currently rehabbing a shoulder injury sustained in B&I Cup action in December.

Meanwhile on a player injury front it has been confirmed that Dave Foley requires surgery for an ongoing wrist complaint with the Tipperary lock undergoing the procedure in the coming week.

With Jean Kleyn already ruled out due to a neck injury, the additional blow to the second row options sees Director of Rugby Rassie Erasmus call on the services of Sharks lock Jean Deysel on a three-month loan.  The 32-year-old who has made seven appearances for South Africa and over 70 Super Rugby appearances will join the province later this month, subject to being granted a valid work permit.

In keeping with EPCR tournament rules Deysel, Young Munster scrumhalf Abrie Griesel and prop Peter McCabe have been nominated as Munster’s additional players for the knock-out stages of the Champions Cup. Griesel made his Guinness PRO12 debut against Ospreys in November and has two caps.

Commenting on today’s announcement, Director of Rugby Rassie Erasmus said, “It’s great to see players who have come through our academy system commit their future to Munster. Jack and Ronan are among our standout players this season, and while injury has kept Alex side-lined of late, he really impressed when opportunity presented itself earlier in the season and is an exciting prospect.  It’s good to have all three on board as we continue to build our squad depth.

“On the lock situation, it’s always a challenge when we have two of our experienced players ruled out through injury, and we have a third, Mark Chisholm, only back training after a year out from the game due to concussion. We needed to bolster the squad in that area with the trio unavailable, especially as we enter the business end of both the Champions Cup and Guinness PRO12.  Jean (Deysel) comes with the talent and experience to hit the ground running at this busy period. He will be a valuable addition to the squad.”