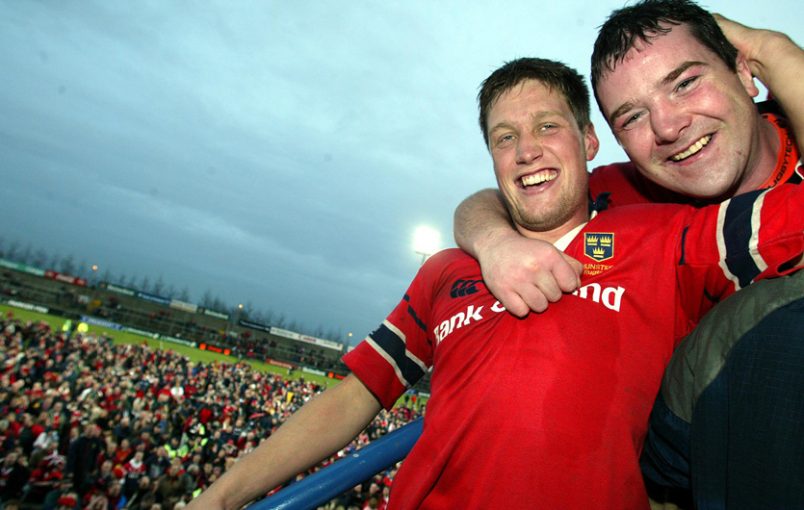 Ronan O'Gara will take to the field in memory of Axel on Friday night. (c) INPHO

Some of the biggest names in Munster, Irish and English rugby will take to the field at the RDS on Friday night as Irish heroes of yesteryear take on their English counterparts in paying tribute to former Munster captain and Head Coach Anthony Foley.

The game which will serve as a curtain-raiser to Saturday’s Six Nations clash at the Aviva will see Paul O’Connell, Ronan O’Gara, Jerry Flannery, Anthony Horgan, Gordon Darcy and more don the green jersey one more time and go toe-to-toe with the likes of Mike Tindall, Ian Balshaw and Mark Cueto.  View full squads below.

Speaking recently, former Ireland hooker Shane Byrne commented, “We started this fixture back in 2009 and it has grown every year, raising over £500,000 for charity. However, this time around it will take on added significance – Anthony played in this game before and I know that he would have loved another crack at the English. They have had the upper hand of late, but we have plenty of Irishmen waiting to take the fight to them for one last time in a green jersey!”

Ireland Legends v England Legends will take place in the RDS, Ballsbridge on Friday 17th March with kick-off at 6pm.

Tickets are currently available on Ticketmaster from €10. The game will be followed by a post-match function in the RDS surrounds.