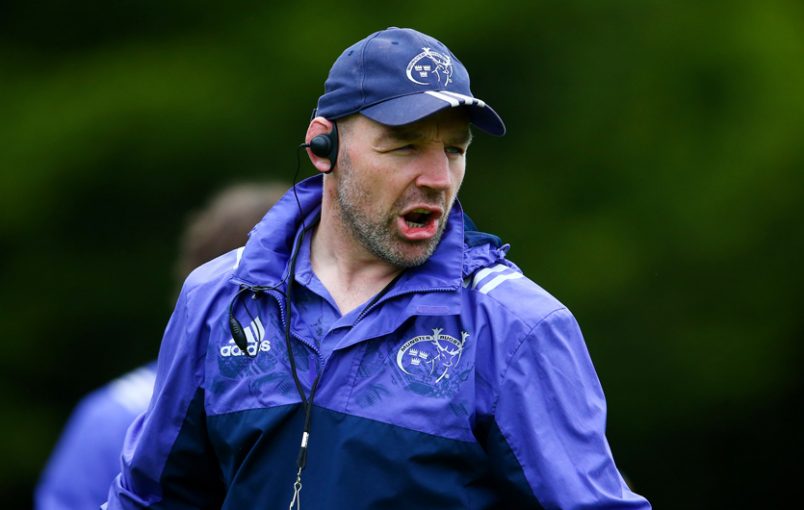 Munster A Head Coach Peter Malone has named his side for Sunday’s B&I Cup quarter final against Ulster A at Irish Independent Park – ko 3pm.  Cian Bohane continues as captain with Malone making six changes to the side that defeated Doncaster Knights in their final weekend of pool action.

Peter McCabe joins the front row at loosehead with the academy’s Brian Scott reverting to tighthead and Kevin O’Byrne remaining at hooker.

Darren O’Shea and John Madigan continue in the second row, as does Conor Oliver at openside.  In the final two changes to the pack, Oliver is joined by his academy colleague Sean O’Connor and number 8 Robin Copeland in the back row.  O’Connor makes his first appearance in red since undergoing surgery for an ankle injury sustained in Munster A’s win over Rotherham Titans.

David Johnston switches to 10 in forming a new half back partnership alongside Cork Constitution’s John Poland, while in midfield, Sam Arnold is another welcome returnee to the matchday side.  Starting outside captain Cian Bohane, former Ulster player Arnold is back in the centre after sustaining a knee injury away to Doncaster Knights in January.

The final two changes see Greg O’Shea and Dan Goggin take charge of the wings with Stephen Fitzgerald switching to fullback in completing an all academy back three.

Should he appear off the bench, Duncan Casey will make his first appearance since injuring his knee in Munster’s Champions Cup win over Glasgow Warriors in October.

Meanwhile, Garryowen’s Bailey Faloon and Young Munster’s Abrie Griesel are both in line to claim their first B&I Cup caps.

Tickets are available to buy online here, from the Munster Rugby Ticket offices at Irish Independent Park and Thomond Park or at the ground from 2pm on matchday.