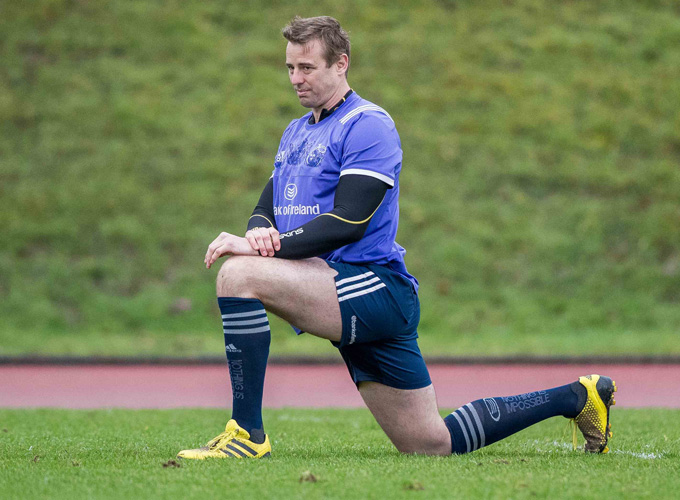 There was positive news coming from the medical department this week with no fresh injury concerns following Friday night’s game against Scarlets, while a number of players are making a full return to training.

Chisholm who last played for the province against Newport Gwent Dragons in March 2016 was forced to take an extended break from the game due to concussion. Following ongoing medical care and observation the Australian lock has now been cleared to make a return to full training. Commenting on his involvement, Erasmus noted “It is always great to see a player return to training, however, as player welfare continues to be our priority it will be some time before Mark is available to play as we give him every opportunity and the appropriate time to build up the required training and match fitness after such an extended break.”

A further positive sees young centre Sam Arnold back involved having recovered from a knee injury sustained against Doncaster Knights in the B&I Cup in early January. Similarly, Robin Copeland has completed his rehab for a thumb injury sustained in the same game to take his place in this week’s sessions.

Rory Scannell is also back involved having overcome the recent knock to his knee, sustained in Munster’s round 15 tie against Ospreys, while Jack O’Donoghue will continue to be rested for the ankle injury sustained in the same game.

On the international front no less than eight Munster players featured for Ireland in their 19-9 win over France in the 6 Nations on Saturday. Try scorer Conor Murray joined Simon Zebo, Keith Earls, Donnacha Ryan and CJ Stander in the starting XV with Niall Scannell, John Ryan and Peter O’Mahony all appearing off the bench. Missing last season’s campaign due to injury, O’Mahony made his first 6 Nations appearance since March 2015.

The night previous, seven Munster representatives were included in the Ireland U20 side that also defeated France, doing so on a 27-22 scoreline. The academy’s Calvin Nash captained the side with the returning Bill Johnston adding 12 points from the boot. Gavin Coombes featured off the bench with the remainder of the representation coming from the sub-academy ranks. Full Ireland U20 v France U20 match report here.