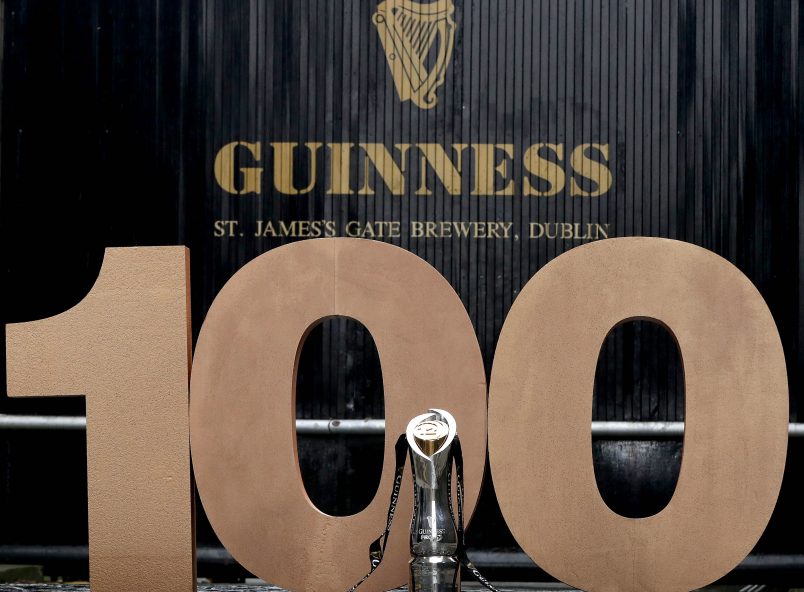 The 100 Day Countdown to the Guinness PRO12 Final has begun with the showpiece event taking place at Dublin’s Aviva Stadium on May 27.

Aviva Stadium will be the third Destination Final for the Guinness PRO12 and with tickets selling fast the stage is set for the biggest decider in the Championship’s history.

As the competition in the Guinness PRO12 across Ireland, Italy, Scotland and Wales gets tougher each week, the anticipation is building for a match-up that will showcase one of the most entertaining club rugby tournaments in the world. This season tries are being scored in record numbers and the Final promises to be a celebration of the adventurous rugby that the Championship prides itself on.

Marking the 100 Day countdown Dermot Rigley, Director of Commercial for PRO12 Rugby said “The Guinness PRO12 has established itself as one of the most entertaining tournaments in the world of club rugby and a national ground such as Aviva Stadium is the perfect setting to crown the champions for the 2016/17 season.

“The Guinness PRO12 is in a great place right now. Six of our clubs are involved in the knock-out stages of European competition, the Championship is producing outstanding rugby, attendances and viewers are up while tickets for the Final are selling at a record-setting pace.

“The appeal of rugby is always developing because of the game’s core values which sports fans and major brands such as Guinness can relate to.”

Tickets for the Guinness PRO12 Final are available via ticketmaster.ie with a limited number of great value €;35 tickets still remaining, or get in at the top level with Premium tickets starting at €;70.

Top Of The Table Clash Awaits