Top Of The Table Clash Awaits 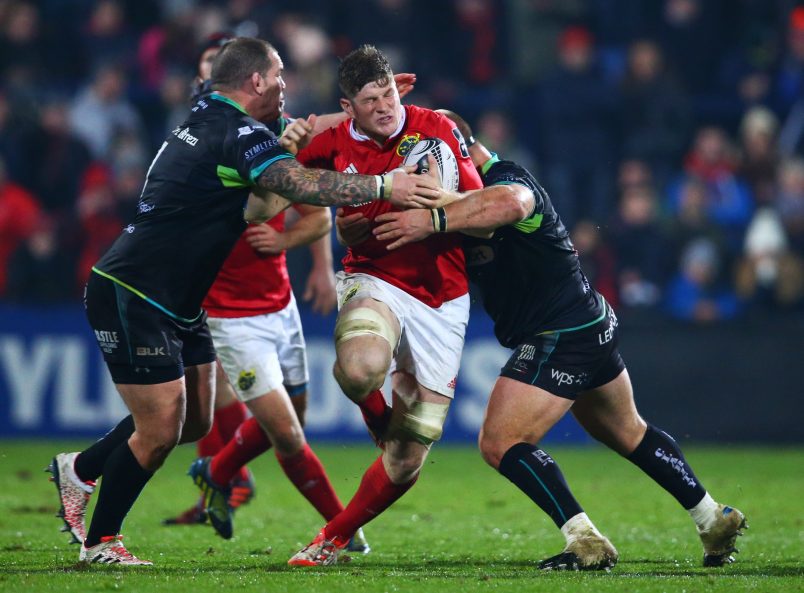 Munster will face in form Ospreys in a top of the table clash in round 15 of the Guinness PRO12 at Liberty Stadium this Saturday (5.15pm).

With only a point separating the sides, picking up valuable points will be of the upmost importance at this crucial stage of the campaign.

Back in the fold after a period on the sidelines with a shoulder injury, Munster back row Dave O’Callaghan is relishing his return to the playing field.

“It’s been a long time since I’ve played but it’s been good to be back for two games, I’ve two 80 minutes under my belt and hopefully a few more to come.”

Ospreys are the leading try scorers in the PRO12 bagging nine try bonus points on their way to scoring 413 points in the competition so far. Munster on the other hand, have the best defence in the league conceding only 19 tries this season. Liberty Stadium has been somewhat of a fortress for Ospreys this year winning all PRO12 fixtures held there thus far.

“They are obviously having a great season and there is only a point in it between us. Having gone there last season we know it’s so hard to win over there. It came down to the wire and we are expecting more of the same again. We will have to start well, they are an expansive side, they like to throw the ball around so in defence we have to be very tight and make good reads in giving them nothing because they are a side that will punish you with any given opportunity.”

While Munster enter this fixture as table toppers, the Welsh outfit who are in a rich vein of form are set to be boosted by the return of seven of their International players during the bye week of the 6 Nations.

“You can’t get too comfortable, you have to always make sure you are ready for the next side and obviously this weekend in Ospreys we know what they will bring with strength across the park so It’s going to be a massive game. “

Rassie Erasmus will also be hoping for a return of some of his international contingent with no ness than nine players travelling to Rome last weekend, and with managing a number of bumps and bruises the strength and depth of the squad will be tested in the coming weeks.

O'Callaghan noted “It’s a massive couple of weeks with a lot of guys away, and it doesn't get bigger than this week for a few of us who haven’t played much up to now. Guys are getting opportunities and they’re putting their hand up for selection. Hopefully we can kick on now with this group because a lot of guys are bursting for a game and for an opportunity and it's evident by the energy they are bringing to training.”

“In Munster the back five is always where the competition is, the standard is so high there. You look at CJ and Peter still to come back, Tommy in there, Jack picking up the man of the match last time out – these guys are all setting the standards and it’s up to the rest of us now to reach those heights.”