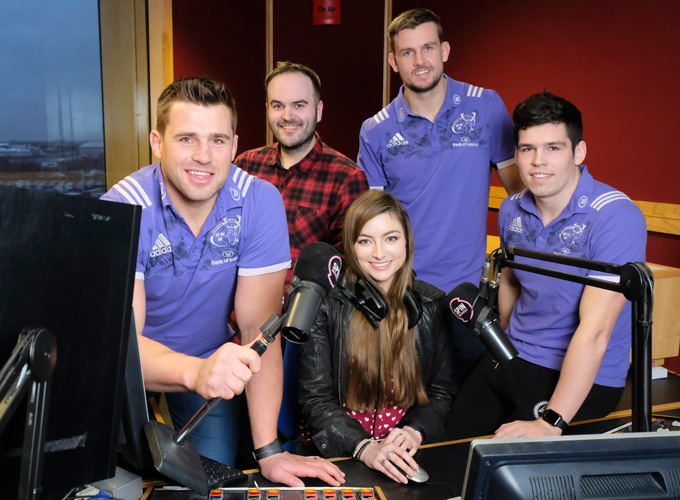 Speaking at the launch, Enda Lynch, Munster Rugby Commercial & Marketing Manager commented, “Munster Rugby are delighted to partner with SPIN South West. We are always looking to reach our supporters in new ways and as one of Munster's most listened to stations we have a great new partner to do that. Their plans are very exciting and we look forward to making them happen with SPIN”.

Commenting on the partnership, Stefan Langan, SPIN South West Marketing Manager said, “We are thrilled to partner with such a fantastic organisation such as Munster Rugby, one of Ireland's most successful sporting teams. We look forward to promoting our partnership with Munster Rugby on-air, online & on-street.”

As part of the partnership, SPIN South West listeners will have the chance to win tickets to all of Munster Rugby’s home matches this season.