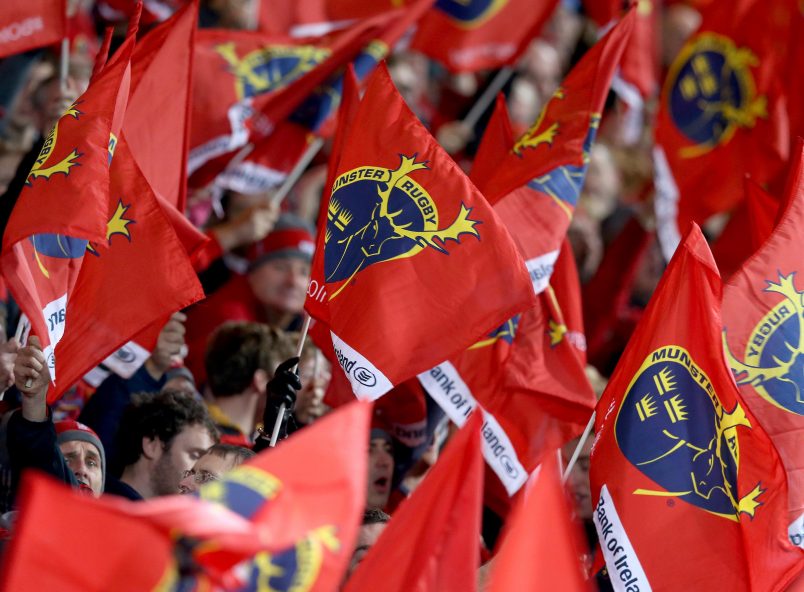 The Munster Rugby Supporters Club have compiled the following guide for supporters travelling to Saturday’s round 5 Championship Cup game against Glasgow Warriors (5.30pm).

The Munster Rugby Supporters Club have compiled the following guide for supporters travelling to Saturday’s round 5 Championship Cup game against Glasgow Warriors (5.30pm).

The official MRSC meeting point is Waxy O'Connors, 44 West George Street, Glasgow. Map of the location of Waxy O'Connors can be found here.

Due to licensing restrictions Waxy's can only provide offers on food but are happy to give all Munster Supporters 20% off all food on production of a match ticket, MRSC membership card or to those wearing Munster Rugby gear. Food is served from midday to 8.45pm daily, with breakfast menu available from 10am Saturday and 11am Sunday.

Waxy O'Connors is also the official pub of the Glasgow Warriors so expect plenty of friendly banter between supporters!

Getting to the Stadium

There is no public parking available at the stadium on match-day, and we recommend using public transport to get to and from Warriors game as permit parking schemes are in operation in the Scotstoun area.

Train: The nearest train station to the stadium is Scotstounhill, which is just a 10 minute walk away from the stadium. There are reqular trains to Scotstounhill from Glasgow city centre.

Bus: From the city centre the stadium is on the route of the First Bus number 4X and costs £3.75 return. For more information on buses to Scotstoun click here.

All turnstiles, bars, and the Glasgow Warriors clubhouse will open approximately 90 minutes before kick-off.

If you are travelling by train, the nearest station to Glasgow Airport is Paisley Gilmour Street, just over one mile from the terminal and connected by the McGill's 757 bus service. The First 500 Glasgow Shuttle also connects directly to the airport from Glasgow Queen Street and Glasgow Central Train Stations. Tickets to Glasgow Airport can be purchased at any train station in Scotland or via the ScotRail website.

Public transport in and around Glasgow is coordinated by SPT (www.spt.co.uk). City bus services, mostly run by First Glasgow, are frequent. You can buy tickets when you board buses, but on most you must have the exact change.

Things to Do in Glasgow

If you have some time to spare while supporting Munster in Glasgow, then why not take a look at some of these top attractions?

You could start with the city's iconic buildings, first taking a walk through the city's museums and galleries to find everything from Dinosaurs to Dali, and a tour of the historic City Chambers and magnificent Glasgow Cathedral. Football fans will also undoubtedly want to take a look behind the scenes of Scotland's national stadium at the Hampden Experience, taking in the iconic sporting venue.

Mackintosh lovers will find The Willow Tea Rooms, The Lighthouse, House for an Art Lover, and the Glasgow School of Art to be must-visits, with the Hard Rock Cafe nearby to provide a stop-off. There's also plenty to do for families, with Loch Lomond Aquarium and Snow Factor just a short distance away from the city.

For something a little bit different, why not head over to Glasgow Science Centre or the Hunterian Museum and Art Gallery to find fascinating exhibitions and collections, or step aboard the Tall Ship, an icon of Glasgow's ship-building heritage still afloat to this day!

Looking to explore more of Scotland? Glasgow's the perfect city to depart from, as you'll find Rabbie's Small Group Tours and Timberbush Tours regularly setting off from the City Centre to destinations across the country including the famous Highlands.

Whisky lovers will relish a tour of Glengoyne Distillery, and Tennent's Wellpark Brewery presents a fascinating look into the history and success of Scotland's oldest brewery.

Or you can pick and choose or see it all on an open-topped tourist bus, hopping on and off as many times as you like.

Though we hope you don't need to use any of these, here are some useful contact numbers in case of emergency. Please note roaming charges may apply.

The Irish Embassy is located in Scotlands captial Edinburgh, details below:

Predictions are for sunshine with patchy clouds but highs only reaching 3 degrees so make sure to pack your official MRSC scarf and hat!

As always, thanks to the Munster Rugby Supporters Club for compiling all of the above information.

Munster Rugby & the MRSC thank you for your continued support. We hope this guide is useful to you and that you have a safe and enjoyable trip. 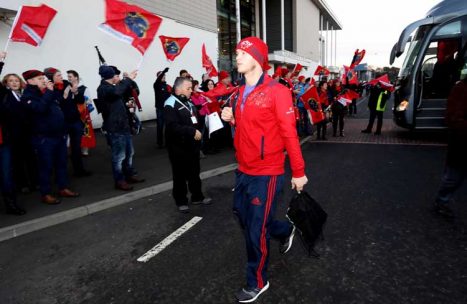 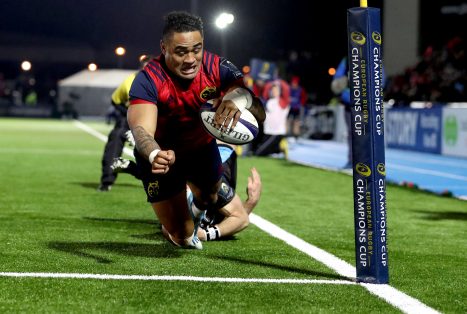 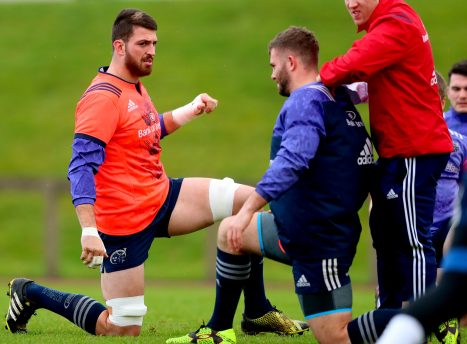