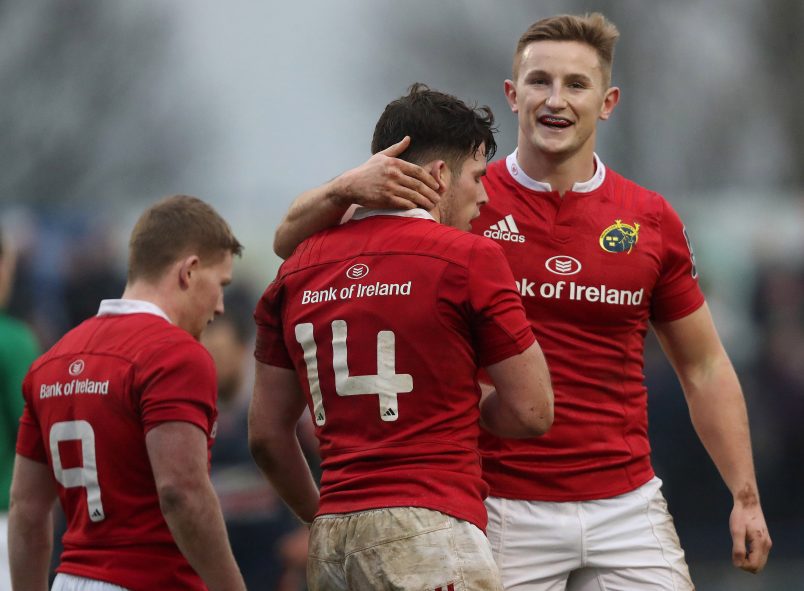 Munster A Head Coach Peter Malone has named his side for tomorrow night’s British and Irish Cup game against Doncaster Knights at Bandon RFC, ko 7pm.

Stephen Archer is introduced at tight-head with Brian Scott switching to the loose this week.

The two changes to the backline see academy player Stephen Fitzgerald start on the wing and Cian Bohane takes the place of the injured Sam Arnold in midfield. Bohane will also captain the side.

In the replacements Cork Con’s Alex McHenry and Young Munster’s Alan Tynan, who were both named in the December Ireland U20 panel, are included in their first British & Irish Cup squad.

Free entry for MRSC and Ten Year ticket holders on production of their season tickets/cards.

Event Information
Dunmanway local and Bandon Grammar graduate Darren Sweetnam will be attending the game, with the Munster player available in the clubhouse beforehand to meet supporters and sign autographs.

Roadworks – Please allow extra time for your journey as there are delays entering Bandon southbound on the N71 with roadworks taking place just outside the town.

Bandon Rugby Club is located at Old Chapel, just off the N71 on the west side of the town. Supporter parking will be available at the following locations: Galvin Motors, Tile Haven and The Ash Tree.

Stewards will be on site to assist supporters.