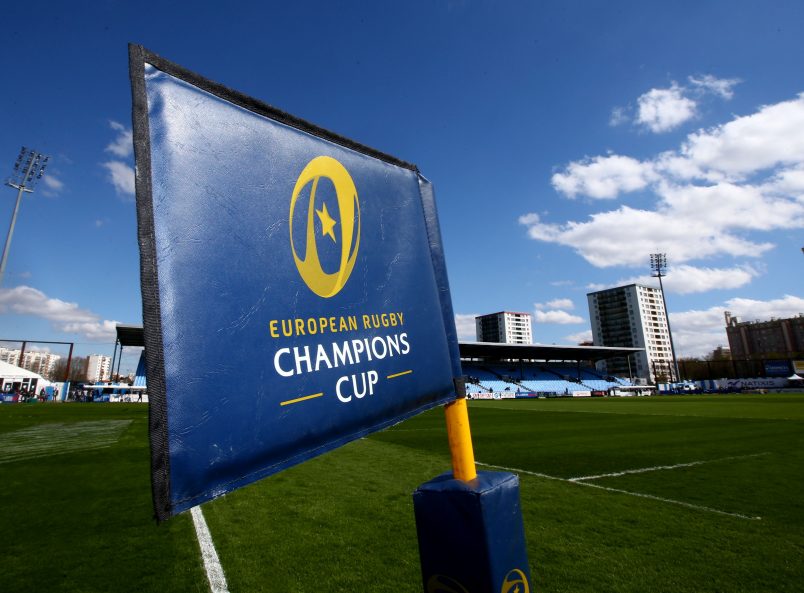 This bar is a 15 minute walk from Gare Saint Lazare where you can get the train to Gare Du Stade. See here for map of the route.

Corcoran's serve an Irish breakfast from 8am daily and other meals across the day until 11pm with food and beverage offers available to anyone in Munster gear or on production of your membership card over the weekend of the game.

Getting to the Stadium

The stadium can be reached by any train from Gare Saint Lazare in the direction of Ermont Eaubonne (getting off at Gare du Stade), from there it is a 750-metre walk to the stadium itself.

Alternatively you can take a train on Line 13 to Asnieres Gennevilliers-les Courtilles. From this station free shuttle buses operate to/from the stadium that is located 2.9 kms away. These begin one hour before kickoff and continue until 90 minutes after the game has finished. To walk will take circa 35-40 minutes.

The Racing 92 Supporters Clubs have asked us to join them in creating a Guard of Honour for both teams as they arrive to the stadium. We would encourage all Munster supporters attending the game to join in this show of solidarity with the Racing 92 supporters ahead of kick off. Supporters will be congregating on Rue Paul Bert between 14:30 and 14:45 (French time) to walk together to the stadium entrance at 15:00 to form the Guard of Honour.

The point where the buses will be entering the stadium is 12 Rue Francois Faber and can be seen on Google Street View here. Map from Rue Paul Bert to the entrance and image of the entrance point are as below.

Some of you may already have seen the extremely kind offer of accomodation for the game from the Racing Supporters Club. (If not you can read about it here)

Members of the MRSC Committee have arranged to meet members of their Supporters Club ahead of the game to present them with a Munster Jersey signed by the squad to express our gratitude. 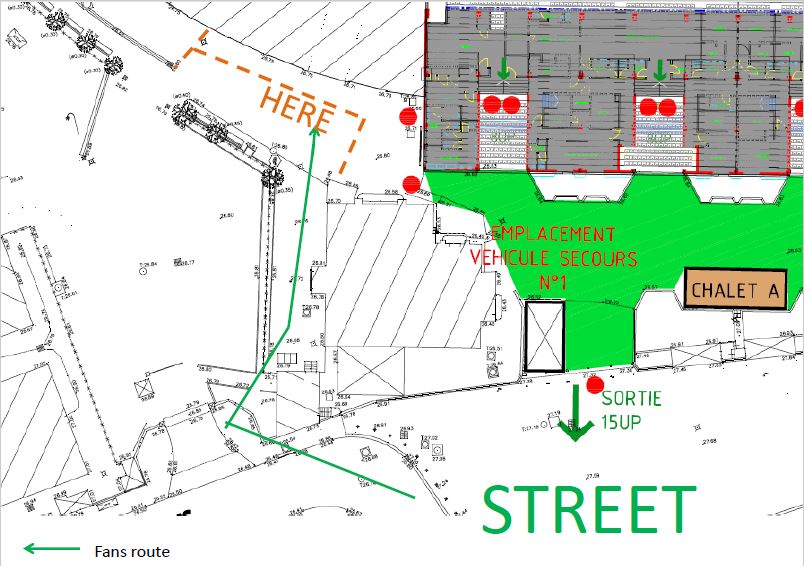 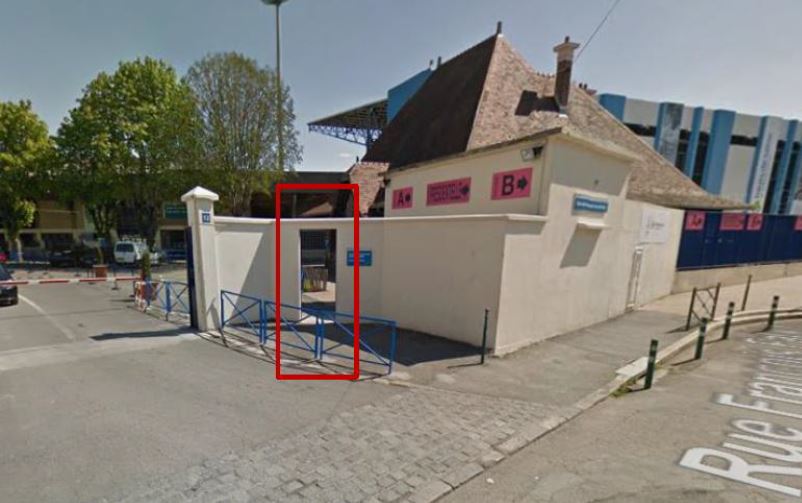 Public Transport: A carnet of 10 tickets (€;14.10) valid on the métro, RER, bus and tram within central Paris, can be simpler and more economical than buying individual tickets (€;1.80). It is generally better value too, than Paris Visite passes, which include discounted entry to some tourist sights.

Map of Metró, RER and Tram 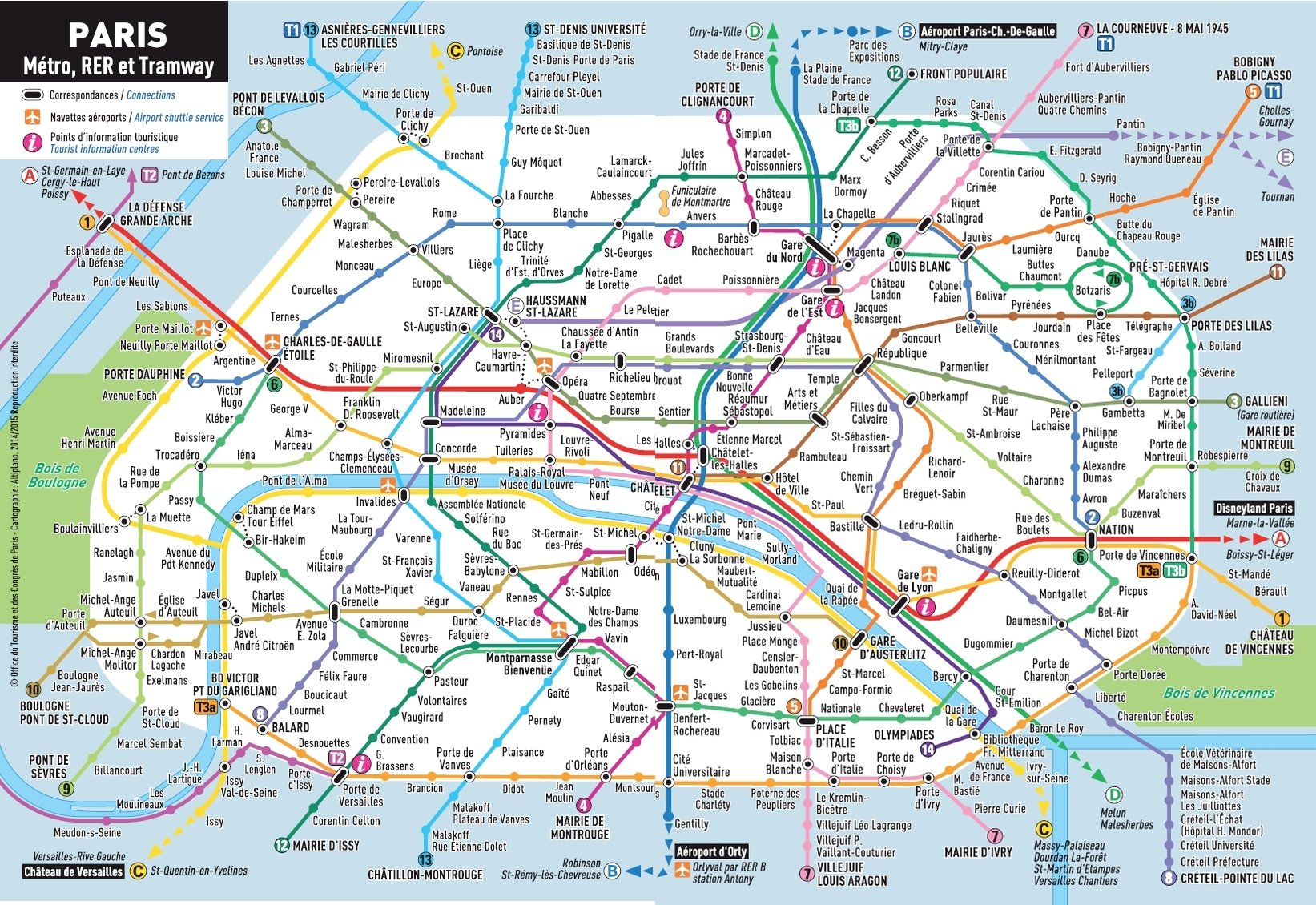 Bikes: If you're brave, you can try Vélib (velib.paris.fr), the enormously successful municipal bike hire scheme, with stations all around town. One-day (€;1.70) or seven-day (€;8) subscriptions can be taken out on the spot or on the web with a credit card.

Taxis: Can be hailed in the street or at taxi ranks, however they are not usually as readily available as in Ireland. Most taxis will only take up to three people. There's a minimum journey charge of €;7, and additional charges for more than one piece of luggage in the boot. A white light on the roof indicates that the taxi is free. Central call centre: 00 33 1 45 30 30 30. G7 taxis switchboard (in English): 00 33 1 41 27 66 99.

Driving: A recent survey declared Paris to be Europe's most traffic-jammed capital. However renting a car is an option, the main car hire companies have branches at the main train stations and airports. Cars drive on the right!

Things to do in Paris

Got some time to spare whilst supporting Munster in Paris? Top tourist attractions include enjoying a panoramic view of the city from a 324-metre height at the top of the Eiffel Tower, admiring Victor Hugo's beloved gargoyles at Notre Dame Cathedral and standing at the top of the tallest hill in Paris at the Sacré Cœur Basilica. Not far from Notre Dame Cathedral, the Sainte Chapelle with its beautiful stained glass windows is also well worth visiting.

The Champs-Elysées hosts some very famous sights such as the Grand Palais and the Arc de Triomphe. In the heart of Paris, the Louvre is a former royal residence which was transformed into a museum after the Revolution and has since become the world's most visited museum. The Musée d'Orsay houses the largest collection of Impressionist and post-Impressionist paintings in the world.

Another must-see is the Palais Garnier with its ornately decorated façade and its ceiling painted by Marc Chagall. Finally, a trip out to the Père Lachaise cemetery offers the opportunity to pay homage at the tombs of many famous people.

Remember: ID is essential. Under French law, everyone is obliged to carry valid photo ID on their person at all times.

Situated 23 km to the north of Paris by the A1 motorway, CDG is within easy reach of the capital.

By Bus: There are a number of bus options depending on which direction you are travelling in

Situated 14 km to the south of Paris by the A6 motorway, Orly is also within easy reach of the capital.

This airport is the furthest from the capital

From Beauvais train station (5.5 kilometres from the airport), you can take the TER train (Train Express Régional) to the Gare du Nord in Paris(metro 'Gare du Nord', RER 'Magenta').

Tickets: Approx. €;14 (one way) per person. More information on timings etc can be found on the SNCF website here.

Thanks to the Munster Rugby Supporters Club for compiling all of the above essential information.

Munster Rugby & the MRSC thank you for your continued support. We hope this guide is useful to you and that you have a safe and enjoyable trip. 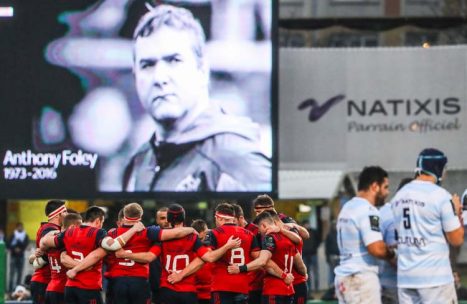 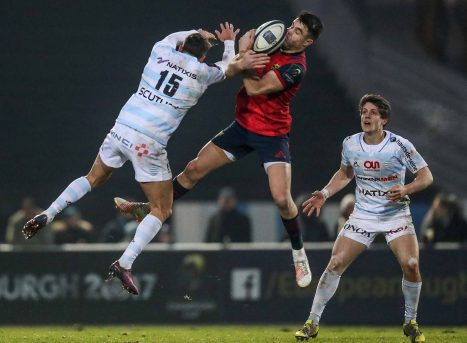 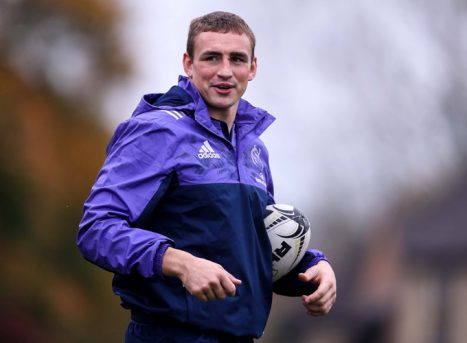 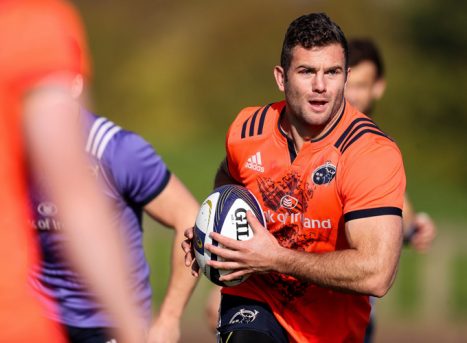