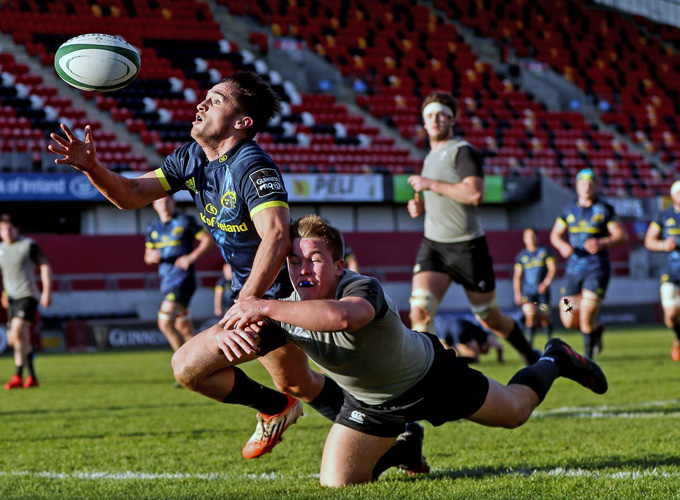 Highlights as the future stars of Irish Rugby took part in the annual challenge game between a Munster Development XV and Ireland U20. Played at Thomond Park, the province scored five tries in defeating Ireland 35-21.

A large number of those involved on the day will also be in contention for Munster A’s final two British and Irish Cup pool games against Doncaster Knights. Peter Malone’s charges head to Castle Park this Saturday at 2.30pm before the return fixture the following Friday – January 13 – at Bandon RFC. KO 7pm.

Tickets for Munster A v Doncaster Knights can be purchased online here.