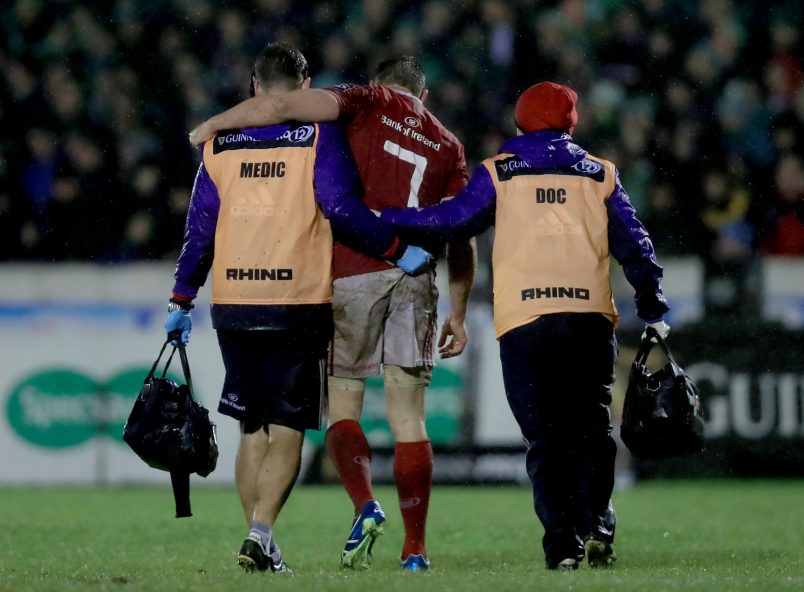 Injury wise following on from Saturday’s round 12 PRO12 victory against Connacht, Tommy O’Donnell will undergo further investigation for an ankle injury he sustained in the 70th minute.

While it has been confirmed that Darren Sweetnam, who sustained a knee injury against Leinster on St. Stephen’s Day, will be side-lined for the next six weeks.

On a player news front, it has been confirmed that Angus Lloyd and Jaco Taute will remain with the province until June 2017.

In joining the province at the start of November on a short-term loan from Ulster, scrumhalf Lloyd has extended his stay until June 2017. The 24-year-old Dublin native made his debut against Treviso at the end of November.

Additionally, Springbok Jaco Taute’s loan period has been extended until June 2017. The 25-year-old centre/fullback has made 11 appearances for the province, scoring 5 tries.

Commenting on the latest player news Director of Rugby Rassie Erasmus said “Thankfully all parties have successfully come together in permitting us to secure Angus and Jaco for the remainder of the season.

“We were keen to retain the services of both players as we move on to our next fixtures. With Cathal (Sheridan) continuing to rehab a long-term ankle injury and Conor (Murray) unavailable to us during the international window Angus will bolster our options at scrumhalf.

“Similarly, with Jaco already in the system, having him available as a fullback or centre will be invaluable as our backline options will need to adapt with international commitments and following recent injuries to Alex Wootton, Bill Johnston and Darren Sweetnam.”