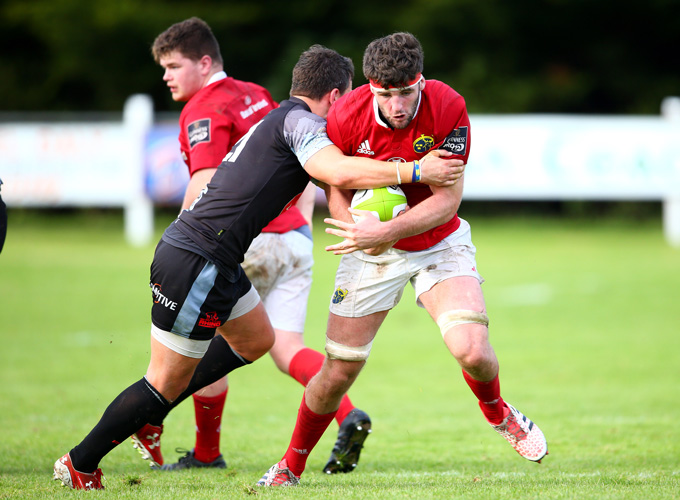 Once again this year, a Munster A/Development side will take on Ireland U20s over the festive period with a wealth of emerging talent from both the provincial and international scenes in line to see some game time.

With no less than 13 Munster players – from across the academy and sub-academy ranks – included in the recent Ireland U20 camp, December’s fixture at Thomond Park also affords these players a chance to impress ahead of selection for the U20 Six Nations.

A corresponding fixture will also take place in Leinster.

Speaking recently, Elite Player Development Officer and Munster A Forwards Coach, Colm McMahon, said, “Everyone still in the mix for Irish selection is given 80 minutes in one of the games, or they are involved in both games, playing for either Ireland or their province.”