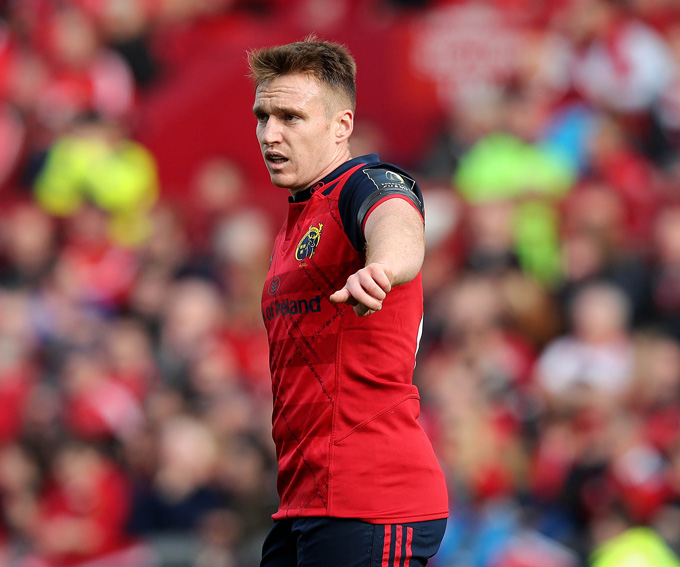 Munster centre and former Emerging Ireland representative Rory Scannell has been called into the Ireland squad as additional cover ahead of Saturday’s November Series Test against Australia at the Aviva Stadium, ko 5.30pm.

Ulster’s Stuart Olding has also linked up with the squad at Carton house this week.

Speaking with media today, Ireland Team Manager Michael Kearney confirmed that Munster’s CJ Stander was removed for a suspected concussion in the loss to the All Blacks on Saturday. The backrower is currently completing the HIA process before beginning return to play protocols.

Kearney also said that Simon Zebo suffered some cramp in the last 10 minutes of the Test but is expected to train this week, while Peter O’Mahony and Keith Earls are expected to return to full training, as is Connacht’s Ultan Dillane.

In further injury news, Leinster's Johnny Sexton has suffered a minor hamstring injury and will not feature against Australia, nor will Robbie Henshaw who sustained concussion from a shoulder contact to his jaw against the All Blacks.

Rob Kearney also developed concussive symptoms after the game and following assessment will follow a graduated return to play. The final injury concern also comes from the Leinster ranks. Tadhg Furlong suffered a dead leg and will be managed over the next 24hrs.